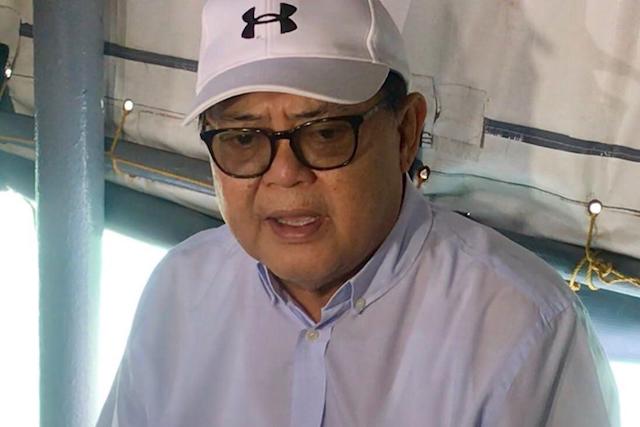 OCCIDENTAL MINDORO, Philippines – The mayor of San Jose town here, the home port of the 22-person crew of the sunken Philippine fishing boat Gem-Ver, is demanding action from President Rodrigo Duterte and the national government.

The Gem-Ver was rammed from the rear by a Chinese ship on June 9 while it was anchored near Recto Bank in the West Philippine Sea (South China Sea). The errant ship then left, leaving the 22 Filipinos in the open seas.

San Jose Mayor Romulo Festin said there was no need to go to war. Speaking out would be enough.

(Let’s show our muscle. We also have muscles in our mouth, even if we don’t have muscles for war. Let’s at least use those in our mouth and bring this to the proper court where it should be brought.)

While he had heard of a statement from Malacañang, Festin said he was still waiting for President Duterte himself to speak out. (READ: 3 speeches in a row, Duterte silent on Chinese ship sinking PH vessel)

Mayor Festin spoke to reporters while aboard the Philippine Navy’s BRP Tausug, which was sent here Thursday, June 13, to fetch the crew of Gem-Ver.

The men of the Gem-Ver were “left to the elements” after the incident, according to the Navy, before a Vietnamese fishing vessel came to their rescue. (READ: AFP: Chinese vessel’s sinking of PH boat ‘far from accidental’)

(I hope this incident won’t be neglected. And I hope our government will be transparent about this for all the people concerned here – all Filipinos are actually concerned – so that there won’t be any doubts.) – Rappler.com