Still no suspect in P15.6-million gold heist in Itogon 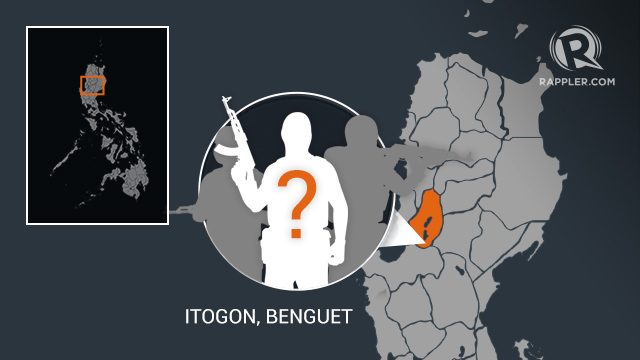 Itogon police said that the suspects waited for the vehicle driven by Radito Quinto with escort Benny Canor at about 3:30 in the morning of June 10 at Sitio Bagingey, Poblacion, Itogon, Benguet.

Quinto and Canor said that the road was blocked by a huge boulder. When they alighted from the vehicle, the suspects, armed with long rifles and pistols, declared a hold-up.

They asked the two to lie face down on the ground, took the key to the service vehicle, and then drove their getaway car to the direction of Dalicno in Barangay Ampucao.

The police investigators found steel spikes planted by the suspects along the road and the key just ten meters from the vehicle.

ISRI, formerly the Itogon-Suyoc Mining Corporation, has a mining claim in the Sangilo area in Itogon and was acquired by the Apex Mining Company for P183 million in 2015. – Rappler.com