China statement on PH boat ‘an insult to intelligence’ of Filipinos 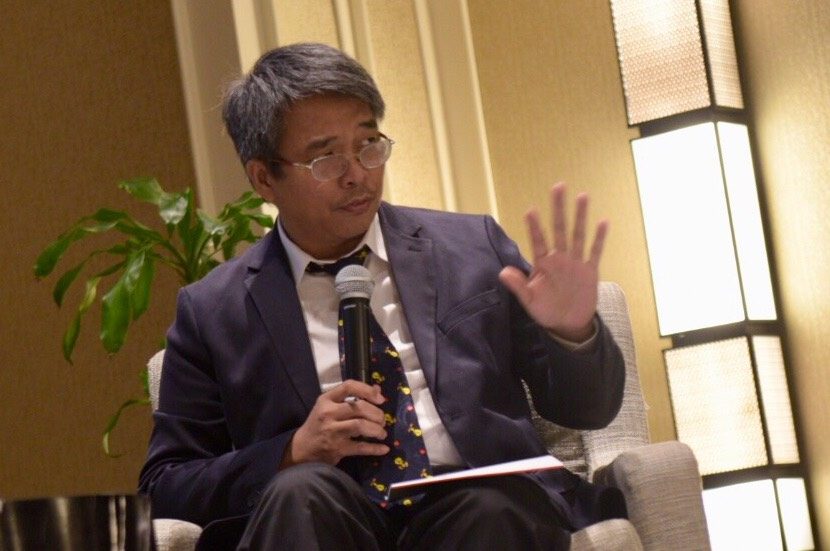 Facebook Twitter Copy URL
Copied
China shows 'it has absolutely no respect for this country and its citizens,' says maritime law expert Jay Batongbacal, as he enumerates falsehoods made by China

MANILA, Philippines – China’s statement on the sinking of a Philippine boat in the West Philippine Sea (South China Sea) insults the intelligence of Filipinos, said a leading maritime law expert, as he enumerated falsehoods made by China.

Jay Batongbacal, director of the University of the Philippines Institute for Maritime Affairs and Law of the Sea, also said China’s statement was “very revealing,” as “sometimes the truth leaks out in the effort to conceal it.”

“This is an insult to the intelligence of every Filipino,” Batongbacal wrote on Saturday, June 15.

He stressed that China’s response to the boat sinking incident will be “a test of its good faith” and an “indication of the amount of respect it has for Philippines-China relations.” But he said China’s press release on the incident was problematic.

Contradicting Filipino fishermen, China in this statement denied that a Chinese vessel sank and abandoned a Filipino boat in hit-and-run fashion. China said the Chinese vessel was, in fact, “besieged” by 7 or 8 Filipino boats, supposedly preventing it from helping the fishermen of Filipino vessel F/B Gem-Ver.

“With this press release, despite its subsequent and sudden retraction, it has utterly failed the test, and shown that in truth it has absolutely no respect for this country and its citizens,” said Batongbacal.

Foreign Secretary Teodoro “Teddyboy” Locsin Jr on the other hand said of China’s claim: “Interesting. That’s China’s take and it is a free world.”

This comes nearly a week after a Chinese ship sank a Philippine boat near Recto Bank (Reed Bank) in the West Philippine Sea. Recto Bank, which belongs to the Philippines, is an underwater reef formation that is said to contain huge reserves and oil and natural gas.

This Recto Bank incident is a first in the decades-long dispute between Manila and Beijing over the West Philippine Sea. Batongbacal is one of the staunchest defenders of the Philippines’ rights over these waters even as the Duterte administration avoids shaming China over incidents like this.

Batongbacal said China, through the statement it released Friday evening, June 14, made the following admissions. He listed the following in a Facebook post titled, “Sometimes, the Truth Leaks Out in the Effort to Conceal It,” which Rappler also published in its Thought Leaders section:

Batongbacal at the same time pointed out an inconsistency in China’s statement.

He said the statement “can’t even seem to decide whether the alleged siege took place” before or after Gem-Ver sank. “At first, it says they were besieged, which was the reason they tried to leave (which caused the incident), and then, they said they left because they were afraid of being besieged (after the incident took place).”

“This kind of basic inconsistency reveals its fallacy,” he said.

“There is no prior record of any group of Filipino fishing vessels “besieging” (attacking) any other vessel anywhere in the high seas. Ever. Not even the notorious pirates that used to operate in the southern seas operated that way. Only Chinese maritime militia vessels (and Vietnamese maritime militia responding to the Chinese) have been involved in such coordinated swarming operations,” he said.

He continued: “And why and how could any Filipino fishing boats even try to do so? It would be extremely difficult for Filipino fishing boats, which are almost all low-lying, unarmed wooden bancas equipped with outriggers (like the F/B Gem-Ver 1; they are designed that way for stability), to even lay siege on a larger steel-hulled vessel like the Chinese purse seiner during the daytime, let alone near midnight. They cannot even get close enough to the latter’s hull to mount any kind of attack.”

“The statement concludes that the alleged facts show that it was not a “hit and run” incident. Actually, the effect is the opposite: it even makes the narrative even more like a vehicular hit-and-run,” said Batongbacal.

In a statement Friday evening, Carpio said it is “highly likely that a Chinese maritime militia vessel rammed” the Filipino boat.