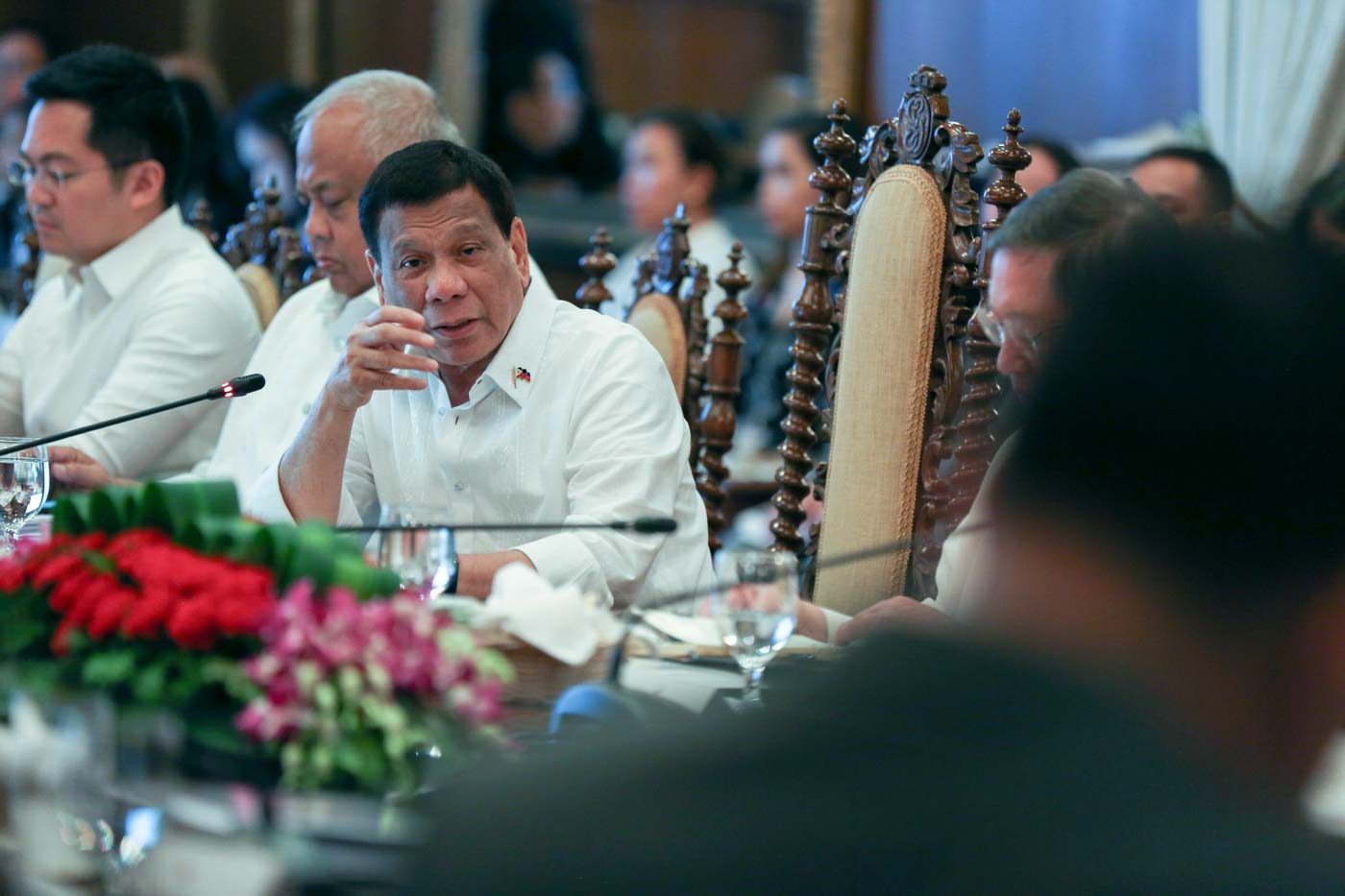 “We are going to have an emergency Cabinet meeting dahil pag-aaralan po namin ito (because we will study this),” Energy Secretary Alfonso Cusi told fishermen of sunken boat Gem-Ver in San Jose, Occidental Mindoro, on Sunday, June 16.

He said it will be held on Monday at 3 pm.

The announcement comes one week after a Chinese vessel sank Gem-Ver near Recto Bank (Reed Bank) in the West Philippine Sea. The Filipino boat was anchored when the Chinese vessel rammed its rear and left it to sink. The Filipinos were then rescued by a Vietnamese vessel they spotted around 5 miles away.

Recto Bank is an underwater reef formation that is said to contain huge reserves of oil and natural gas in the West Philippine Sea. While coveted by China, Recto Bank belongs to the Philippines.

Responding to calls for Duterte to speak out on the incident, Cusi said the President is still “studying” it so he would not act without basis.

The Armed Forces of the Philippines has claimed, however, that the incident was “far from accidental.” The men of Gem-Ver have also repeatedly said that a Chinese vessel intentionally rammed and abandoned them at sea.

While China has claimed that its ship was “besieged” by Filipino boats, the captain and crew of Gem-Ver have unequivocally rejected the Asian superpower’s claim. Satellite data also show China’s claim is false, according to maritime law expert Jay Batongbacal. – Rappler.com