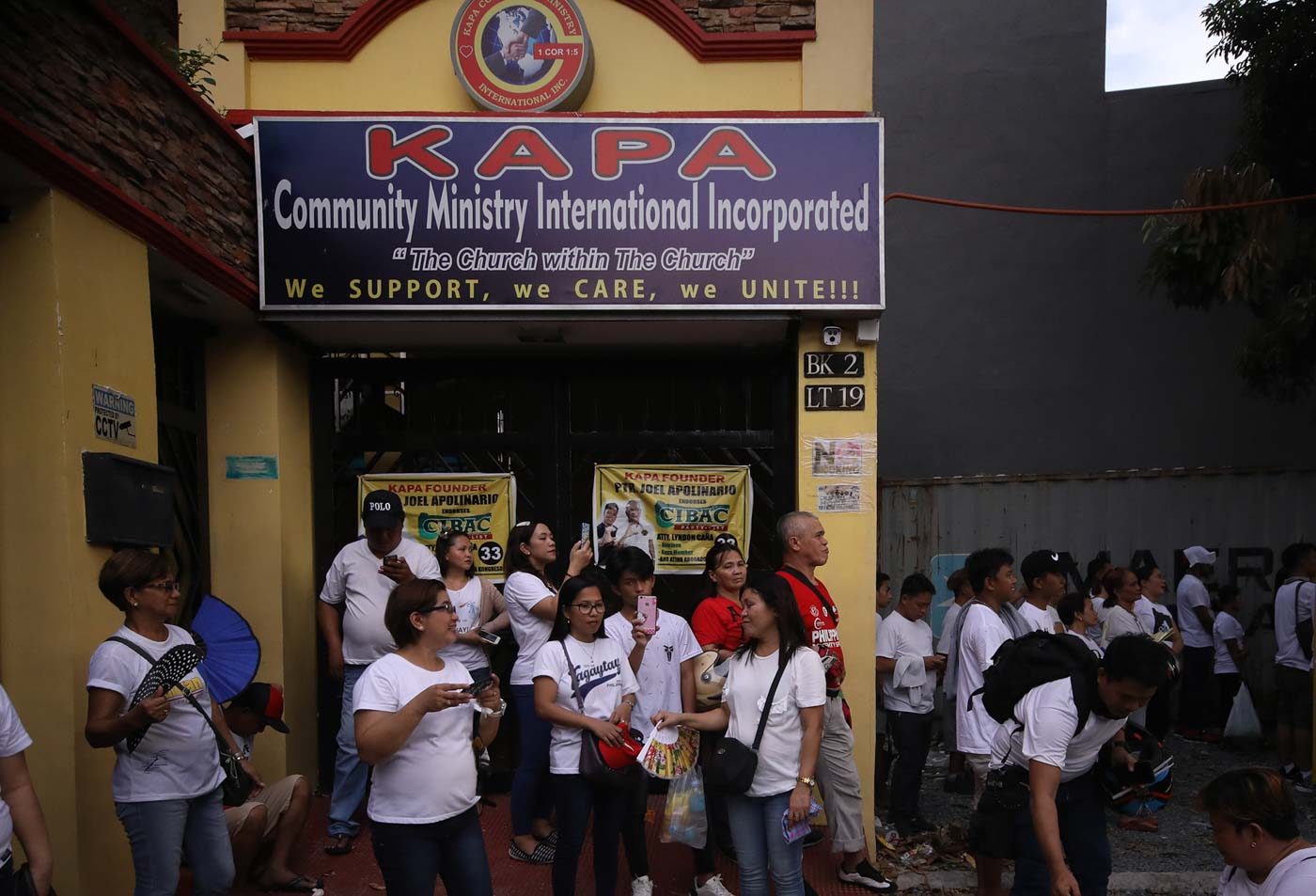 MANILA, Philippines – The Department of the Interior and Local Government (DILG) ordered all mayors in the country to revoke the business permits of Kapa Community Ministry International, which is accused of running a massive investment scam.

Interior Secretary Eduardo Año also said no business permits should be given to Kapa subsidiaries or local chapters.

(Many have been fooled and many other Filipinos would be fooled if mayors don’t take action. Mayors should ensure that Kapa’s operations will no longer continue.)

The Securities and Exchange Commission (SEC) had revoked Kapa’s certificate of registration after it found that the group was engaged in a Ponzi scheme. Kapa recruited members to donate a minimum amount of P10,000, promising them a 30% monthly return for life.

(In the case of Kapa, it is clear that there was abuse of the privilege granted by the government when it entered into a business and promised returns that it could not deliver.)

The Court of Appeals has since frozen Kapa’s assets, and the SEC has so far secured over P100 million worth of assets linked to the group.

The Department of Justice also issued an immigration lookout bulletin order against Kapa founder Pastor Joel Apolinario and 14 others.

President Rodrigo Duterte himself slammed Kapa and other investment scams in early June, saying they should be shut down. Kapa members appealed to Duterte to reconsider, with some even claiming that Apolinario is a “modern-day Moses.” – Rappler.com