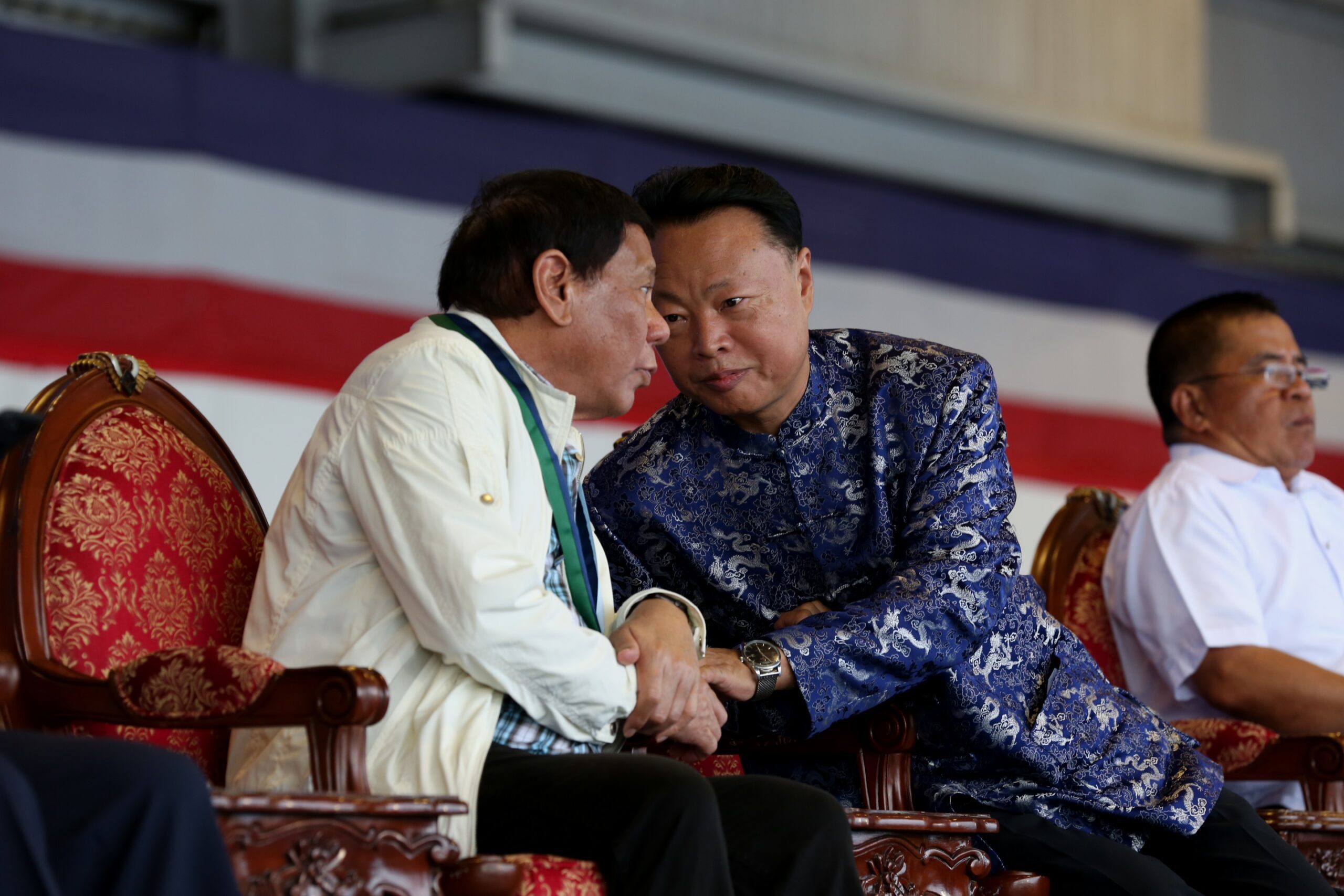 MANILA, Philippines – The Philippines refused to summon Chinese Ambassador Zhao Jianhua over the sinking of a Filipino boat by a Chinese ship in the West Philippine Sea (South China Sea) supposedly because it has “no jurisdiction” over the ambassador.

“We cannot summon the ambassador. We have no jurisdiction over the ambassador. We’re not the government of China to summon an official of China. The word is ‘invite,'” said Panelo in a mix of English and Filipino on Tuesday, June 18.

Panelo said President Rodrigo Duterte, however, “is not inclined” to even “invite” Zhao to explain the boat sinking incident because the Philippine leader feels China is already doing something about it. He mentioned that the ambassador, for one, already has a statement “about seriously and cautiously studying the facts” of the incident.

Duterte himself spared China from criticism when he broke his silence on the issue on Monday, June 17. The Philippines’ commander in chief dismissed it as a “maritime incident.”

“Let us wait. The Chinese side has the right to be heard,” also said Duterte’s spokesman on Tuesday.

Panelo made these remarks after government officials gave conflicting statements Monday on whether the Philippines will summon Zhao over the Recto Bank incident.

(When you invite him, it’s like you’re prejudging the case. Why would we invite him? We’re still investigating it. Why, did they commit an offense, do they need to explain to us?)

Panelo is wrong, however, as host countries normally summon ambassadors of foreign countries on relevant issues.

In February 2018, for instance, no less than Executive Secretary Salvador Medialdea summoned US Ambassador to the Philippines Sung Kim over a US report classifying Duterte as a “regional threat.”

Summoning ambassadors is normal in diplomatic relations, according to the book Vienna Convention on Diplomatic Relations of 18 April 1961: Commentaries on Practical Application.

“The summoning of the ambassador of a sending State by the receiving State’s Government is recognized as an instrument of mutual communication on issues of fundamental relevance and is therefore not deemed a violation of the friendly relations between the two States,” said this book on the Vienna Convention.

“The right of the receiving State’s Government to summon a head of mission accredited with that Government can be exercised on the basis of international customary law,” it added. – Rappler.com