Jun 19, 2019 8:26 PM PHT
Rambo Talabong
Facebook Twitter Copy URL
Copied
Eastern Police District chief Christopher Tambungan has been relieved from his post after physically assaulting a policewoman who disobeyed one of his orders 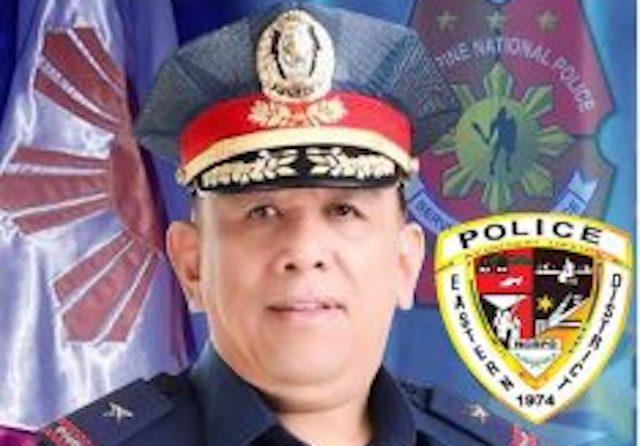 “Allegedly, at around 7 in the evening of May 12, for no justifiable reason at all, BGen Tambungan confronted Police Corporal Santiago because she couldn’t help him in a task given her. Thereafter, he physically assaulted PCpl Santiago, hitting her on the head and later swinging his car door to hit her, while hurling verbal abuse at her,” said Metro Manila police chief Major General Guillermo Eleazar in a statement.

After investigating the incident for a day, Eleazar said he has come to a conclusion, “I have come to believe the allegations of Cpl Santiago.” (READ: Violence against women: Sex, power, abuse)

Tambungan was relieved on Wednesday, June 19, and has been placed under the office of Eleazar.

Eleazar said Santiago’s report only arrived at his office on Tuesday because the female cop feared she’d be reprimanded for reporting her superior. – Rappler.com