Piñol: Get the Chinese crewmen’s side of the story 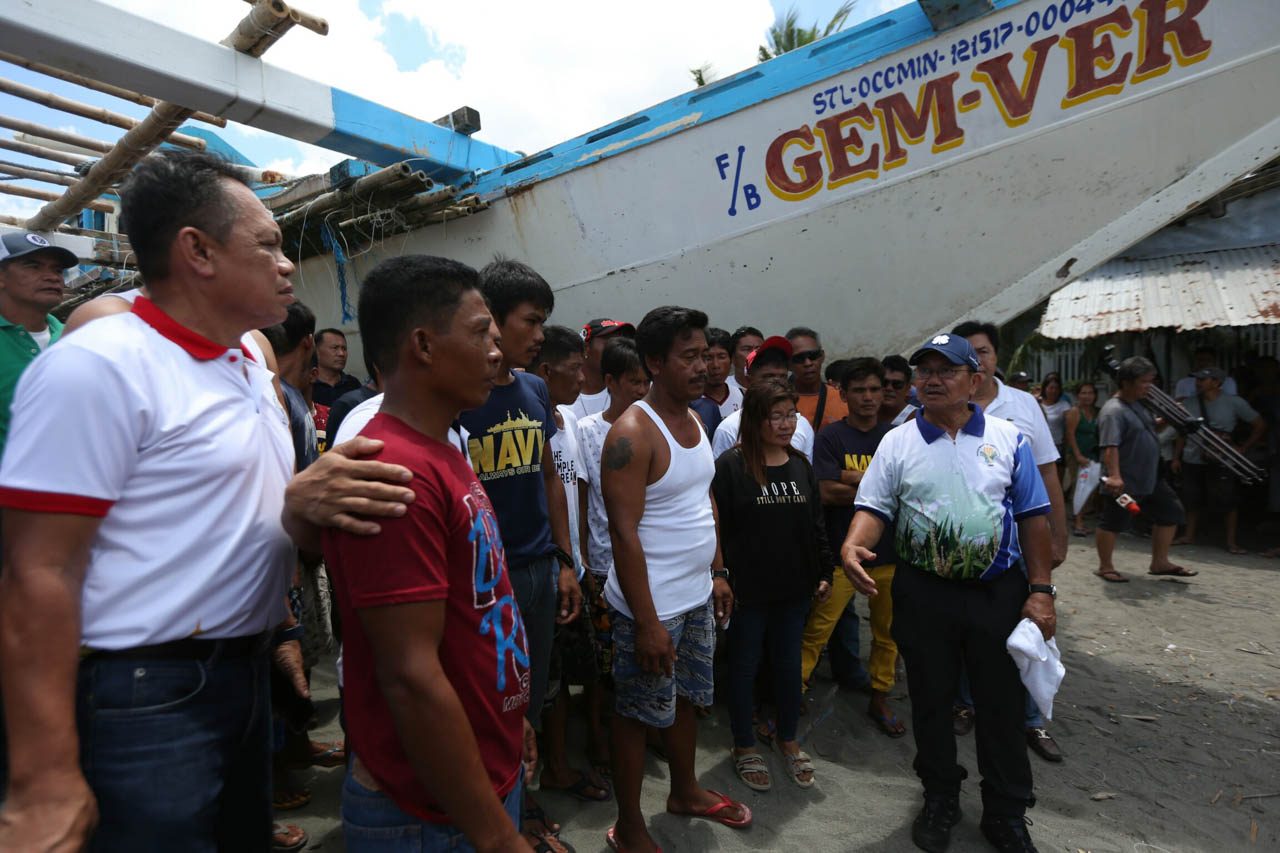 Facebook Twitter Copy URL
Copied
(UPDATED) Now that Gem-Ver's fishermen say they are not sure anymore if they were intentionally hit or not, Agriculture Secretary Emmanuel Piñol says the side of the Chinese crewmen has to be heard as well

OCCIDENTAL MINDORO, Philippines (UPDATED) – As the government promised to push for a marine inquiry, Agriculture Secretary Emmanuel Piñol on Wednesday, June 19, said it was equally important to hear the side of the Chinese crewmen on the other vessel as well.

After coming out with the final, collective statement of F/B Gem-Ver crew, Piñol also said Captain Junel Insigne only said the Chinese boat hit them on purpose in an emotional outburst. (READ: TIMELINE: Sinking of Filipino boat in West PH Sea by Chinese ship)

While the new collective statement was released to put out a clearer narrative, it changes the crew’s earlier statements as they are now unsure if they were even intentionally hit. (READ: FALSE: Panelo says Filipino fishermen are ‘hallucinating’ over sunken ship

(Maybe they were seen by the Chinese vessel. But according to other crew members, it may be intentional but this is something that is better resolved by a marine inquiry.)

“So ang suggestion, humihingi sila ng malalim na imbestigation para hindi lamang malaman not only their side but also the side of the Chinese vessel,” he added.

(The suggestion now is they are asking for a throrough investigation so that not only on their side is known, but also the side of the [crew of the] Chinese vessel.)

Piñol is the Cabinet member assigned to lead in the government’s efforts to assist the Gem-Ver crew, which he dubbed the “Recto Bank 22.”

One thing is for sure: the government is denouncing the Chinese vessel’s move in abandoning the fishermen after the boat sank. (READ: Chinese should apologize for PH boat sinking – Lorenzana)

“Regardless of whether it was accidental or intentional, there is no justification for the Chinese vessel to abandon the Filipino fishermen who were already in distress,” Piñol said.

“Under the international maritime laws, this is already illegal. Under human laws, that is immoral.” – Rappler.com