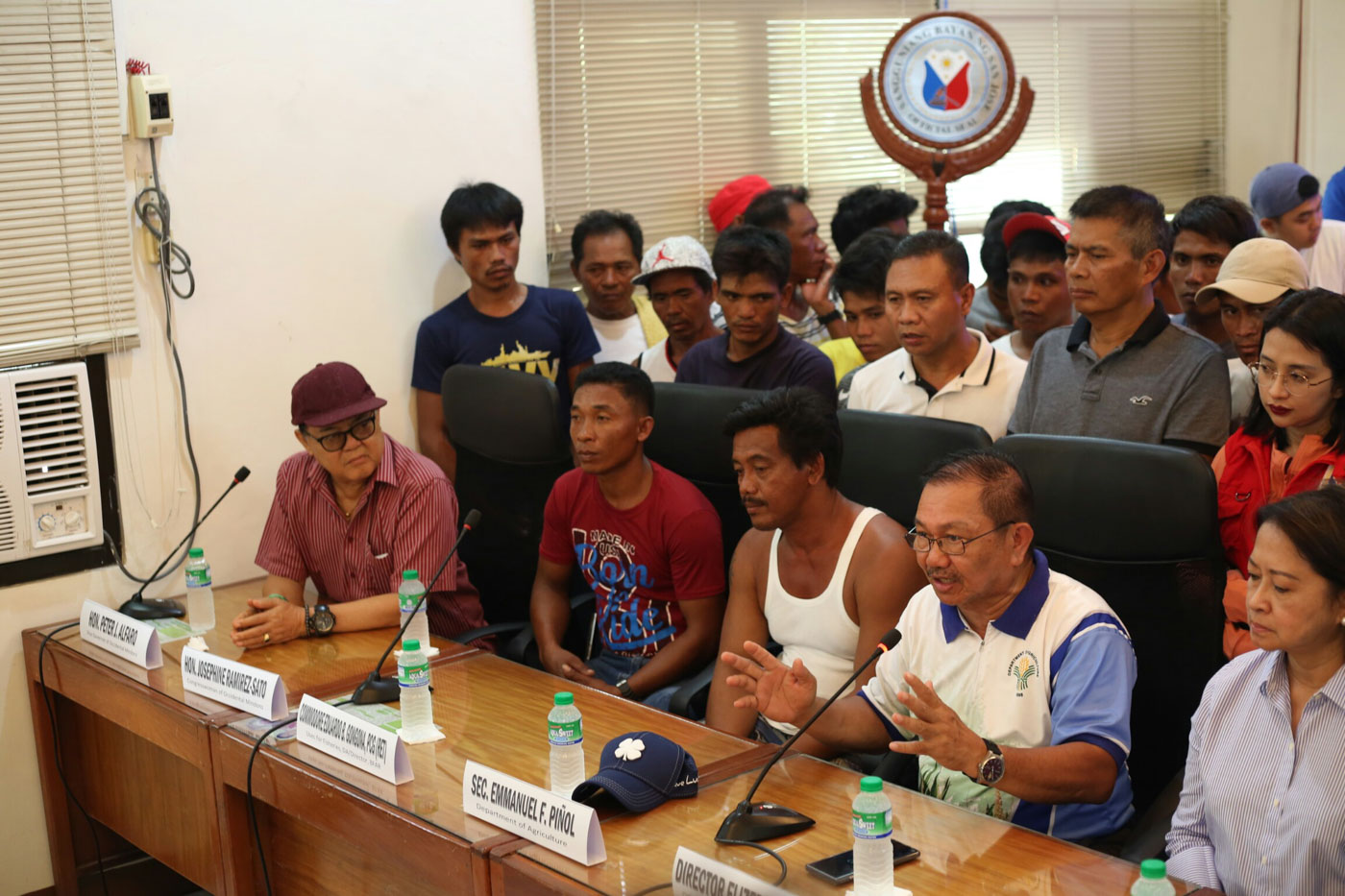 MANILA, Philippines – The captain of Filipino fishing boat Gem-Ver changed his tune on Wednesday, June 19, about the sinking of their vessel, after a closed-door meeting with Agriculture Secretary Emmanuel Piñol in a house surrounded by cops.

Wearing a sleeveless undershirt, Insigne made this new statement in a press conference as he was seated right beside Piñol, President Rodrigo Duterte’s alter ego, in Occidental Mindoro.

Insigne’s new statement came after Piñol held a closed-door dialogue with the Gem-Ver fishermen, in a venue surrounded by policemen in full battle gear. 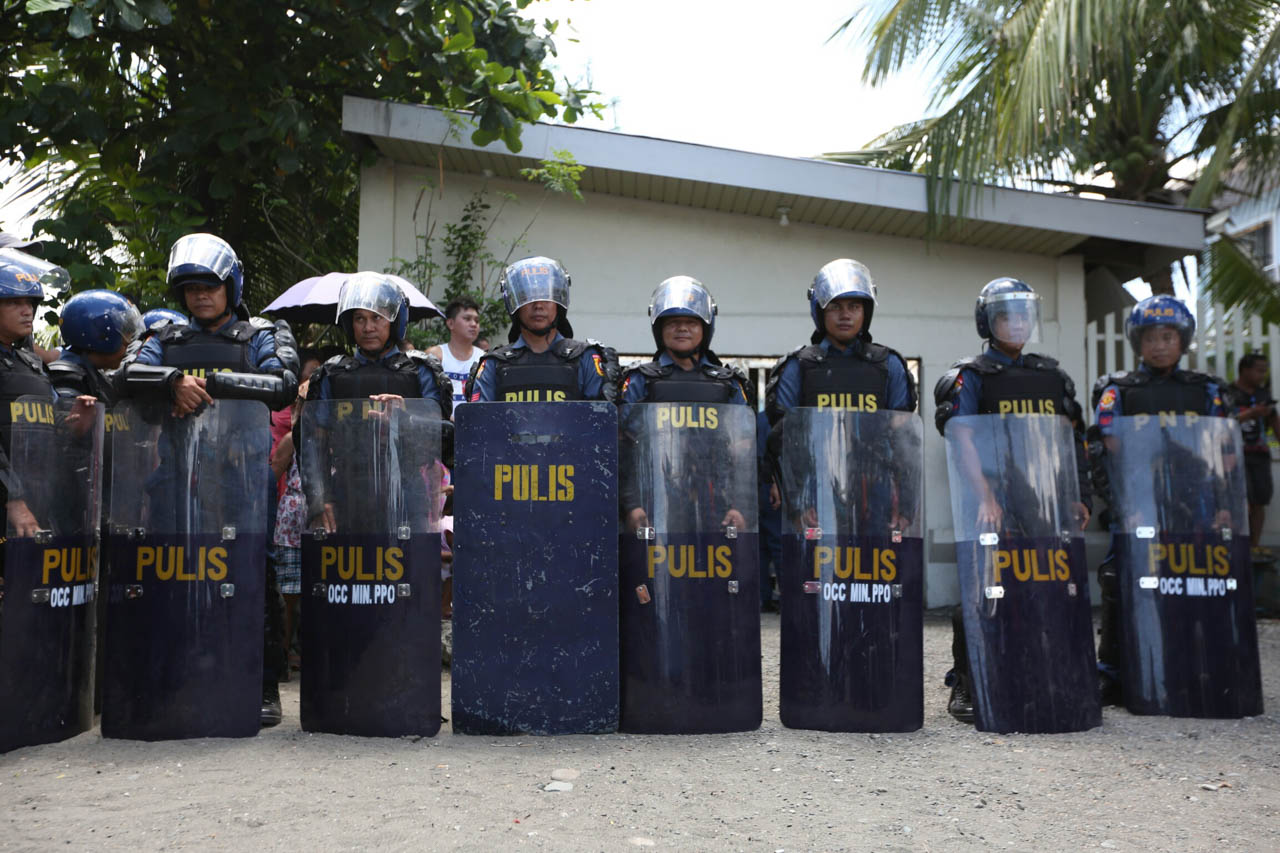 Insigne said he was carried away by emotions before, that was why he initially said he was sure a Chinese ship rammed Gem-Ver. “Masama po ang loob ko sa kanila dahil iniwan po kami,” he said. (I feel really bad because they abandoned us)

In the same press conference, Piñol spoke for the fishermen and said they cannot determine if the sinking was intentional. He cited the testimony of Richard Blaza, who supposedly said it is possible the Chinese ship did not see them.

“Hindi nila matukoy kung intentional o accidental ang pangyayari sapagkat ayon kay Richard Blaza, posibleng hindi sila nakita ng barko ng Intsik,” Piñol said. (They cannot determine if the incident was intentional or accidental because according to Richard Blaza, it is possible that the Chinese ship did not see them.)

Days before this, on June 14, Insigne was insisting that the ramming of their boat was intentional.

“Sinadya po ‘yon dahil kung hindi ‘yun sinadya, dapat babalikan kami, tutulungan (That was intentional because otherwise, they would have come back for us and helped us),” Insigne said in an interview with reporters.

This is the latest twist in the most heated incident in the West Philippine Sea since the 2012 standoff between Philippine and Chinese vessels in Panatag Shoal (Scarborough Shoal). (READ: TIMELINE: Sinking of Filipino boat in West PH Sea by Chinese ship)

Earlier on Wednesday, the man who exposed the Recto Bank incident – Defense Secretary Delfin Lorenzana – changed his tune as well. From condemning the incident a week ago, Lorenzana on Wednesday echoed the stance of China: “I think it’s just an accident.”

No less than Duterte on Monday, June 17, dismissed the boat sinking as a “maritime incident,” enraging critics who said the Duterte government is adopting a China-friendly policy at the expense of the West Philippine Sea.

Barraged by criticism, the Philippine government on Wednesday focused the spotlight instead on the help they extended to the Gem-Ver fishermen.

The Philippine government on Wednesday distributed fiberglass fishing vessels to the Gem-Ver crew, sacks of rice, and thousands in loans and cash grants.

When asked if this is all they want, and if they continue to seek justice, Insigne answered, “Wala na (No more).”  – Rappler.com