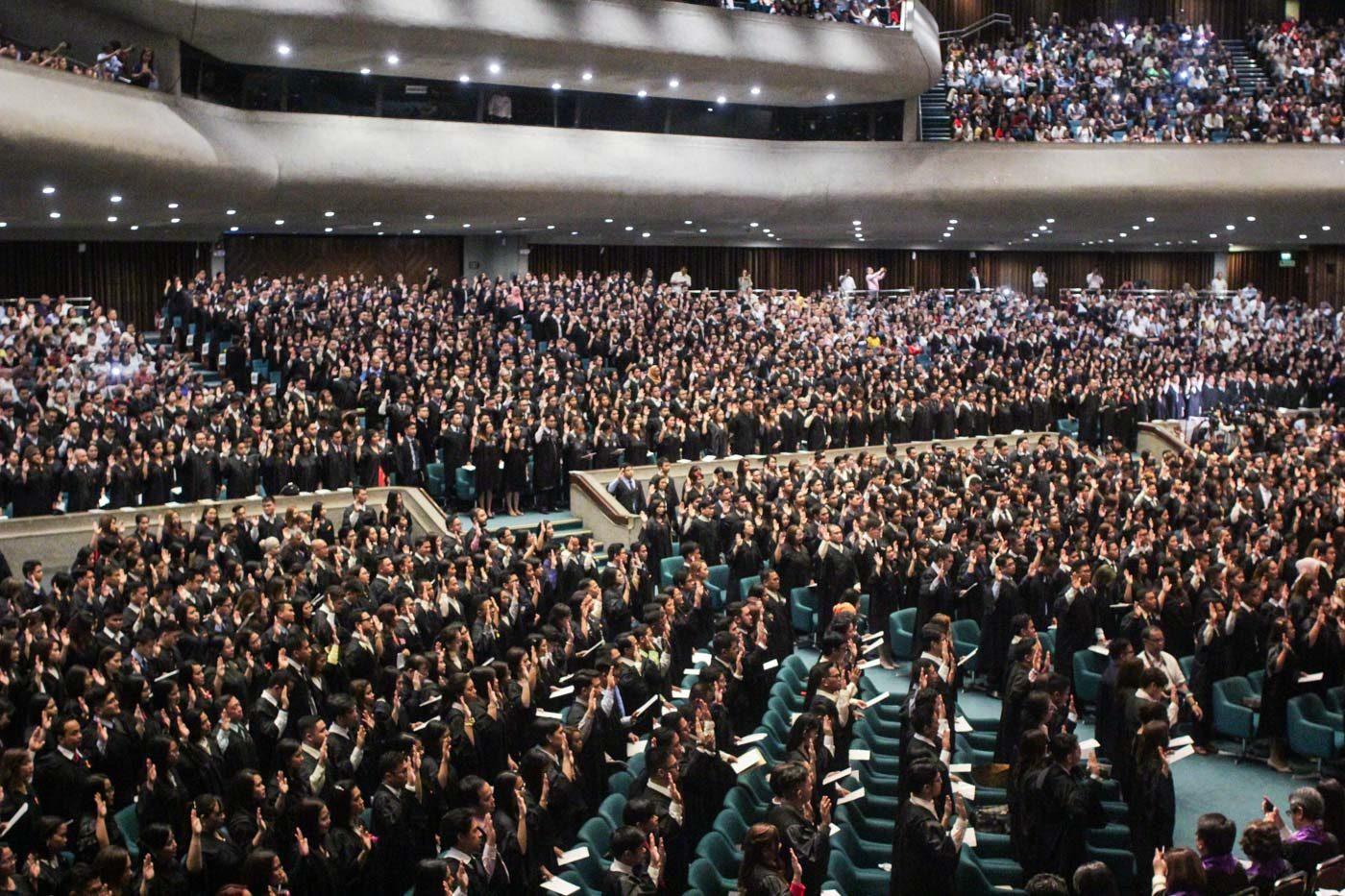 MANILA, Philippines – The Ateneo de Manila University (AdMU) had the highest passing rate of 86.76% in the 2018 Bar Examinations, according to data given by the Supreme Court to law schools.

Ateneo, with 204 Bar candidates, scored the highest passing rate in Legal Ethics and Practical Exercises with 96.57%, and scored the lowest in Taxation with 67.16%.

University of the Philippines (UP) had the second highest passing rate of 84.39%, followed by the University of San Carlos (USC) in Cebu with 72.45%.

As far as topnotchers are concerned, the top 3 highest passing schools also pulled off feats in the 2018 Bar Examinations.

Ateneo produced the 2018 topnotcher, with class valedictorian Sean James Borja scoring the top passing grade of 89.306%.  The last time that AdMU produced the top 1 was in 2012. 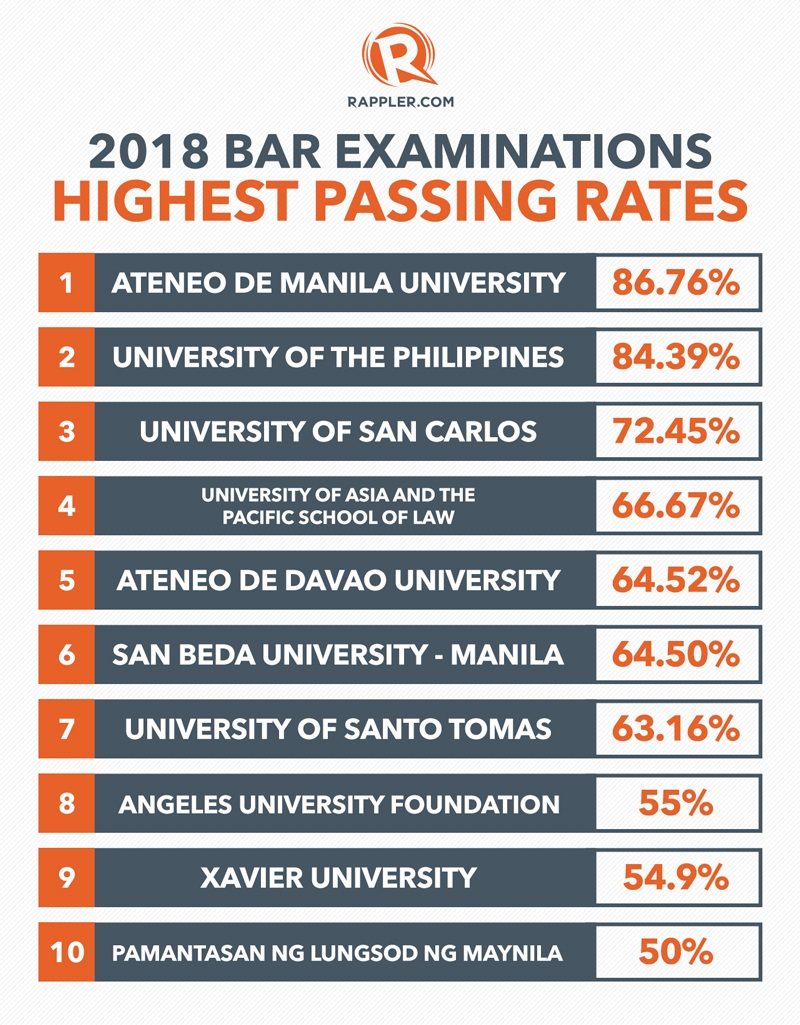