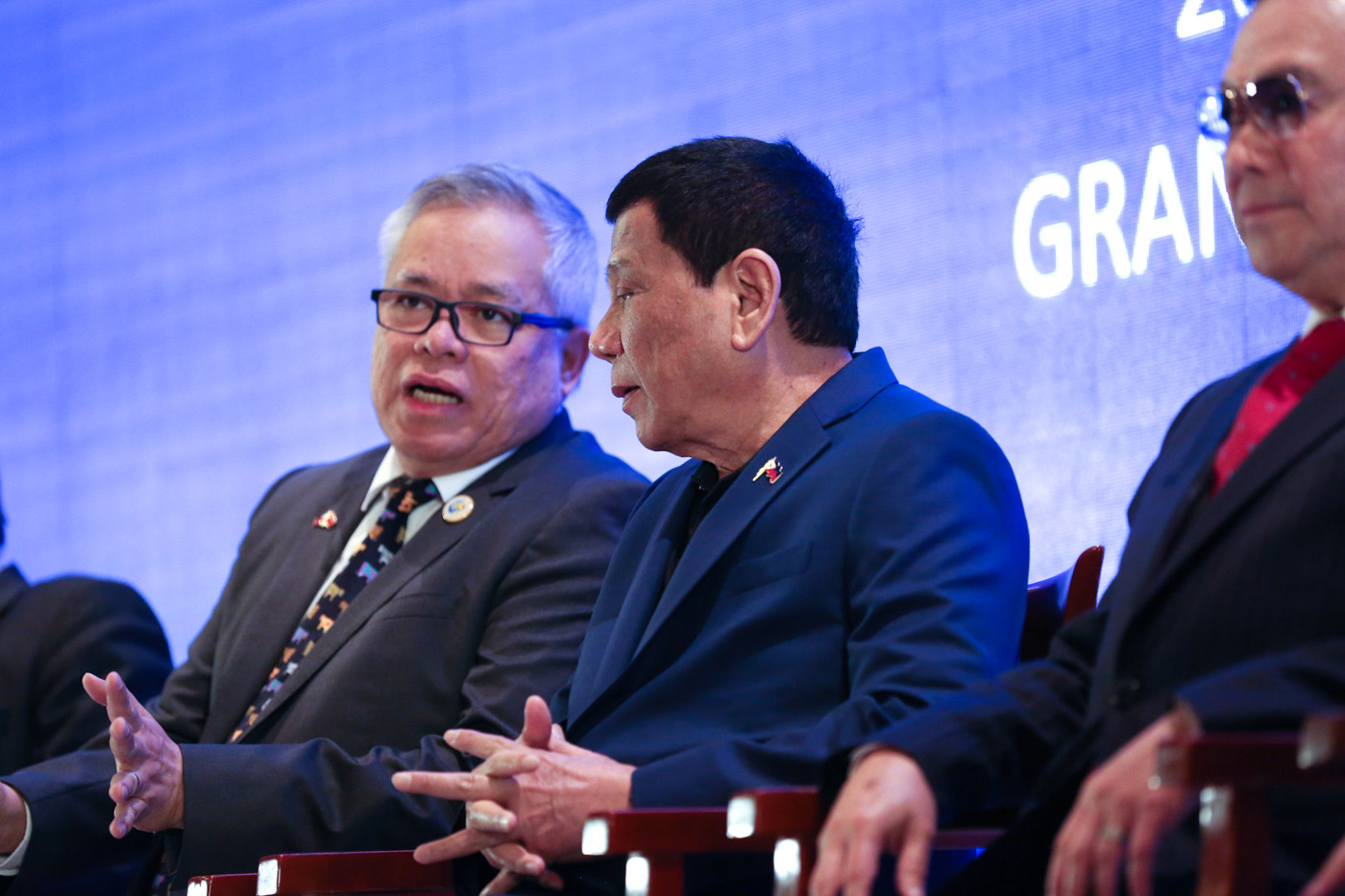 MANILA, Philippines – Philippine Trade Secretary Ramon Lopez said the maritime row between China and the Philippines over the West Philippine Sea is not making any great impact on the country’s fisheries industry.

His remark comes after a Chinese vessel hit a Filipino fishing boat in resource-rich Recto Bank, within the Philippine Exclusive Economic Zone (EEZ), with loss in fish and supplies amounting to P2.2 million.

“I still believe our fishermen can still go anywhere where they are allowed to go and they’ve been doing that,” said Lopez on Friday, June 21, during a press conference in Bangkok.

“We don’t see that (fisheries) as a factor that’s affected by all this (maritime dispute) and then the fisheries will continue to play an important role but based on some recent numbers, they’ve not been growing that fast as before,” he said.

Military and think tanks have reported that the Chinese regularly use maritime militia and government vessels to intimidate Filipino fishermen seeking to fish in the West Philippine Sea.

There have also been reports of Chinese taking the catch of Filipino fishermen.

The International Tribunal, which handed down the Philippines’ victory over China’s claim to the West Philippine Sea, had found that China “interfered with Philippine fishing”  and destroyed critical coral reef environments.

Felix dela Torre, the owner of F/B Gem-Ver said the actions of the Chinese ship made him feel like Filipinos are “slaves” in their own country.

Fishermen remain among the most economically vulnerable sector in Philippine society, meaning they are among those most likely to fall into poverty.

No need to discuss Recto Bank

As far as Lopez is concerned, there is no need to raise the Recto Bank boat-sinking incident during the ASEAN Summit, even if such incidents are typically discussed by officials there given formal negotiations on the ASEAN-China Code of Conduct in the South China Sea.

Foreign Assistant Secretary Juniver Mahilum-West had said there is a possibility that the Recto Bank issue would be discussed.

“During the exchange of views on regional developments, there is an opening to raise these issues. Because incidents like what happened, emphasized the importance of having a Code of Conduct so that we could avoid, we could prevent these incidents from happening in the future,” she had said in a press conference on Tuesday, June 18.

(Offhand, if you ask me, maybe not, because the government was not involved in the accident.)

As far as he knows, only boats of “private fishermen” were involved in the incident.

(They were two private groups, not government. So maybe we should be cautious here.)

Lopez made such a remark despite saying an investigation is still necessary to get to the bottom of the incident.

“There is that move or request to have an investigation so that we can really clarify many things, many questions that we all are asking,” he said.

While Lopez said government entities were not involved in the boat-sinking incident, Supreme Court Senior Associate Justice Antonio Carpio pointed to the Chinese government’s frequent use of Chinese fishing boats as part of its maritime militia used to intimidate boats from other claimant countries.

Carpio had said it is “highly likely that a Chinese maritime militia vessel rammed” the Filipino boat.

Lopez is also the 3rd Cabinet official to call the incident an “accident,” again even before the completion of the proposed investigation.