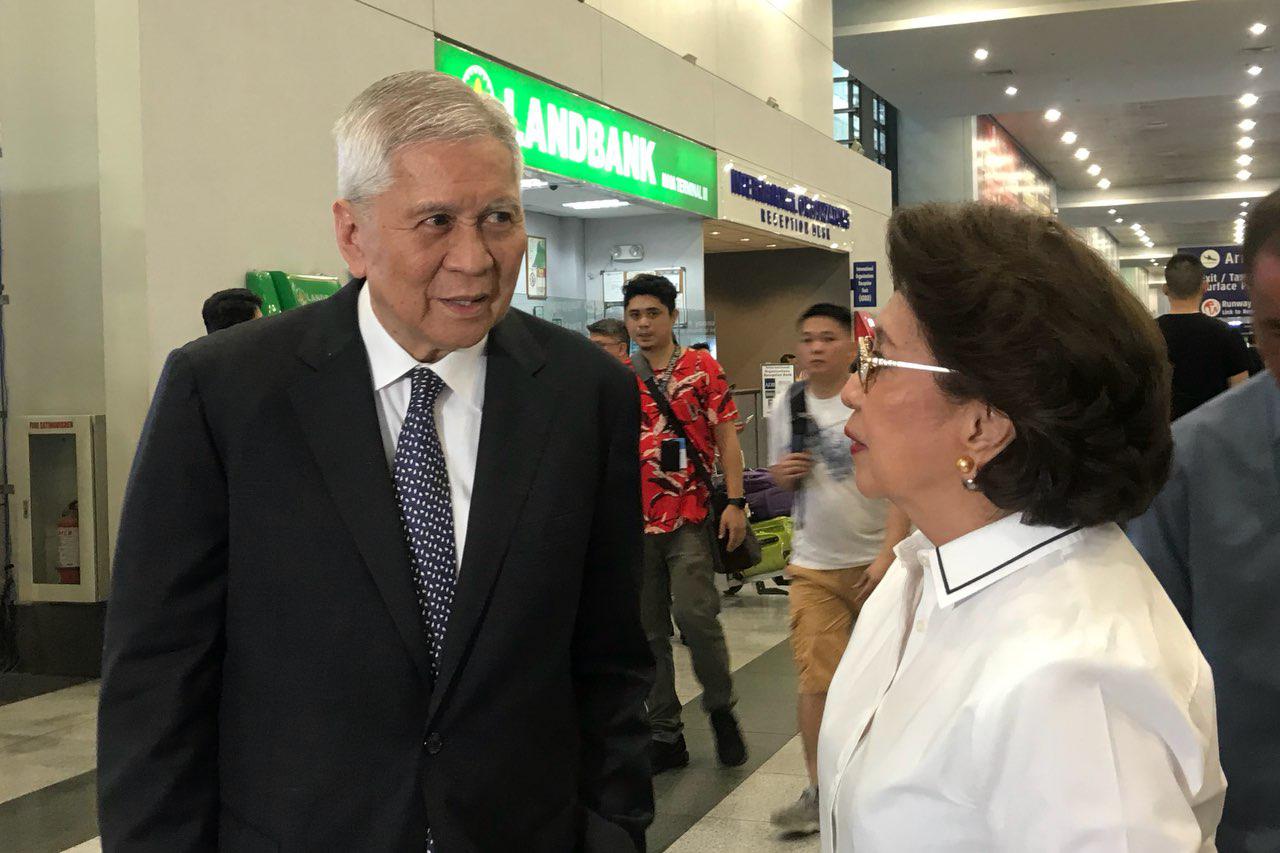 MANILA, Philippines – Former Philippine top diplomat Albert del Rosario said that a protest will be filed against Hong Kong authorities for denying him entry despite his carrying a diplomatic passport.

Del Rosario arrived in Manila on Friday, June 21 around 4:30 pm, after he was held for questioning for nearly 6 hours at the Hong Kong International Airport.

“I think clearly I was being harassed. If you follow the trend, the honorable ombudswoman is right here, she went through the same experience,” he said.

The former top diplomat said that it was the suggestion of the Department of Foreign Affairs’ to file a protest that will be “expeditiously handled.”

“We also received the suggestion from the Department of Foreign Affairs (DFA) that we should look into the possibility of protest [against] the failure of Hong Kong authorities to expect the diplomatic passport,” Del Rosario told reporters.

In a tweet on Friday, current DFA Secretary Teodoro Locsin Jr said that the department will be supporting the protest.

“And we are doing it…He’s a Filipino in case we all forgot. I did it first time for a traveling group of business people,” Locsin said late Friday.

Del Rosario said that he will consult with former ombudsman Conchita Carpio Morales on filing together, as she went through the same experience a month before for being a “security threat.”

They both had complained against Chinese President Xi Jinping and other Chinese officials for alleged crimes against humanity in the West Philippine Sea. Hong Kong is a special administrative region under China. (READ: Ex-PH officials bring China’s Xi to Int’l Criminal Court)

Del Rosario attributed Hong Kong’s denial of entry to the communication filed with the ICC, as this is the first time he has traveled to the city after the filing.

Unlike Morales who was eventually allowed to enter Hong Kong after being detained, Del Rosario said that he was not allowed by immigration authorities at all.

Before the trip, he said that he has been going to Hong Kong “regularly” for about 4 or 5 times annually as a board member of First Pacific Company Limited.

Philippine Justice Secretary Menardo Guevarra said in a statement on Friday that Del Rosario should have learned from the former ombudsman Morales’ experience.

“I sort of expected it. I took a chance with it. I was ready for something like this but I have to proceed because I have business in Hong Kong,” he said.

Del Rosario was held by immigration officials at the Hong Kong International airport at 7:40 am on Friday.

Before he left for Hong Kong, Del Rosario slammed the proposed joint Philippines-China investigation into the sinking of a Filipino boat in the West Philippine Sea, calling it an “insult” to the intelligence of the Filipino people. – Rappler.com