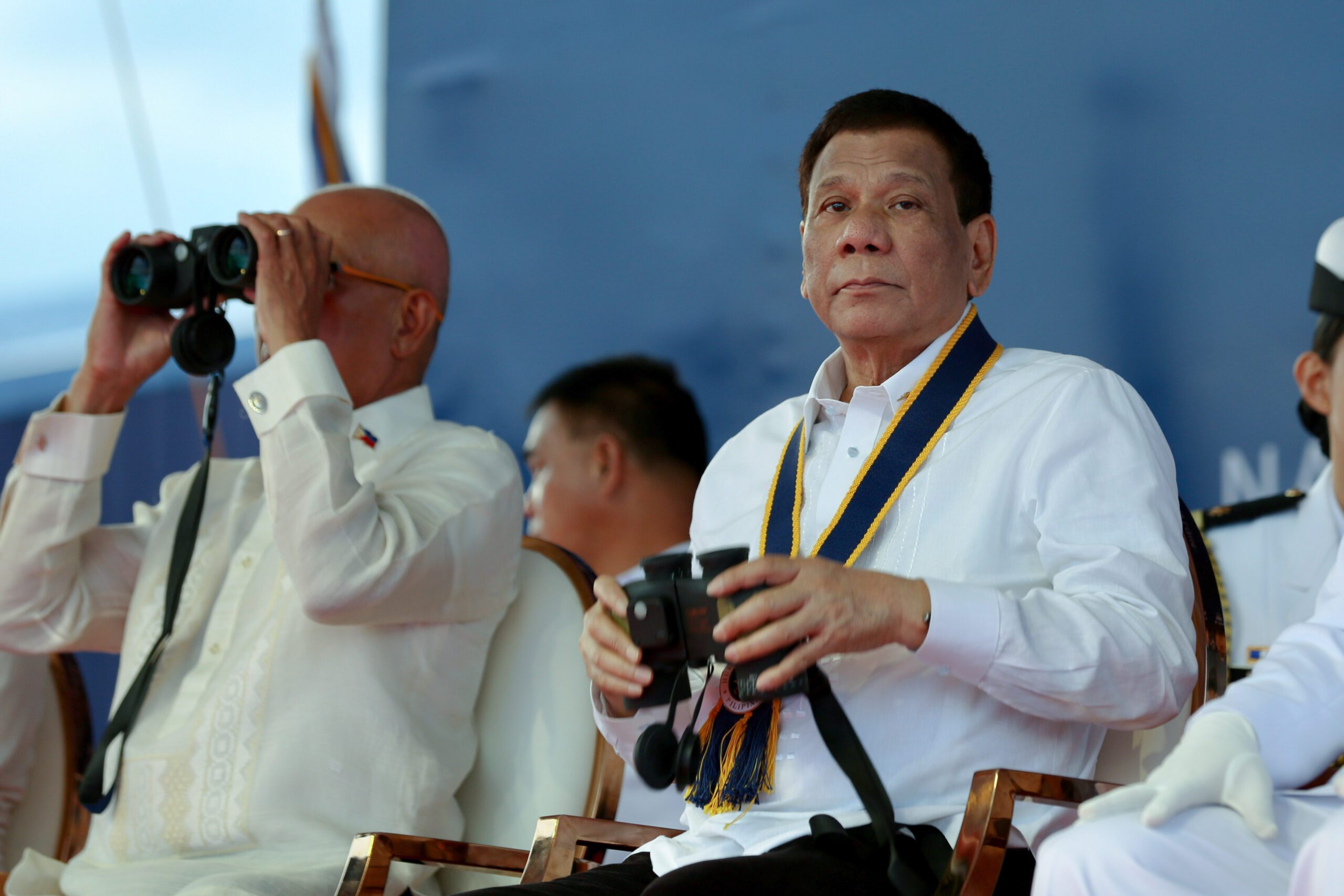 MANILA, Philippines – President Rodrigo Duterte said the Recto Bank boat sinking incident was not an attack on Philippine sovereignty, but failed to mention the country’s sovereign rights over the area.

“Remember na ‘yung sa Recto [Bank], it was not a matter of sovereignty. Twelve miles lang tayo, that is part of our territory as a Republic. Beyond that, ang binigay sa atin is the Exclusive Economic Zone. It is not an attack on our sovereignty. Malayo ‘yan,” he said on Friday, June 21, in Davao City.

(Remember that with Recto Bank, it was not a matter of sovereignty. We only have 12 miles that is part of our territory as a Republic. Beyond that, what is given to us is the Exclusive Economic Zone. It is not an attack on our sovereignty. It’s far.)

This is because Recto Bank is part of the Philippines’ 200-nautical mile Exclusive Economic Zone (EEZ).

According to Article 56 of the United Nations Convention for the Law of the Sea, this means the Philippines has exclusive rights to explore, exploit, conserve, and manage the natural resources in the area. This includes fish, oil, and natural gas.

The 2016 Hague ruling won by the Philippines expressly states Recto Bank is within the country’s EEZ and cannot be claimed by China.

Why does it matter? By saying there was no violation of Philippine sovereignty and failing to mention sovereign rights, the President is muddling the Recto Bank incident.

Critics have pointed out that the mere presence of a Chinese vessel in Recto Bank is a violation of the Philippine Fisheries Code. The vessel’s crew should thus be fined.

The fisheries code says “it shall be unlawful for any foreign person, corporation, or entity to fish or operate any fishing vessel in Philippine waters.”

“Philippine waters,” as defined by the code, includes the EEZ.

The Chinese Embassy’s statement on the Recto Bank incident said the Chinese vessel was a fishing boat “engaged in a light purse seine operation” at the time.

A purse seine is a wall of netting used to catch fish over a large area. The Chinese boat was fishing, according to the statement.

What else did Duterte say? In the same vein, Duterte described what else the boat sinking was not.

“Parang bungguan ‘yan sa highway. It is not a confrontation of armed men and machines or ships. Wala ngang namatay,” he said, repeating that the incident could best be described as a “maritime incident or accident.”

(It’s like a crash in the highway. It is not a confrontation of armed men and machines or ships. Nobody died.)

Duterte again made it sound like his critics were egging him to go to war with China. However, what critics like former foreign secretary Albert del Rosario, Supreme Court Senior Associate Justice Antonio Carpio, and Senator Panfilo Lacson have said is there are other options, aside from war, which the Duterte government can take to prevent another repeat of the Recto Bank incident.

(But if you tell me and they keep on insisting like those who know nothing, they said, ‘Go here, there, let’s send a warship.’ Can you hack it? Can you take on China? The Marines will have barely left Palawan when they’ll be wiped out.)

Duterte has been criticized for his long silence then very cautious response to the Recto Bank incident in which a Chinese vessel rammed into a Filipino fishing boat then abandoned its crew to the elements.

He is yet to speak of the ordeal of the 22 Filipino fishermen who have demanded accountability from the Chinese crew.

Malacañang has said it would wait for an investigation to come up with “established facts” about the incident before demanding reparation. – Rappler.com