Bayanihan at sea: How fellow Filipinos helped rescue Gem-Ver and its crew 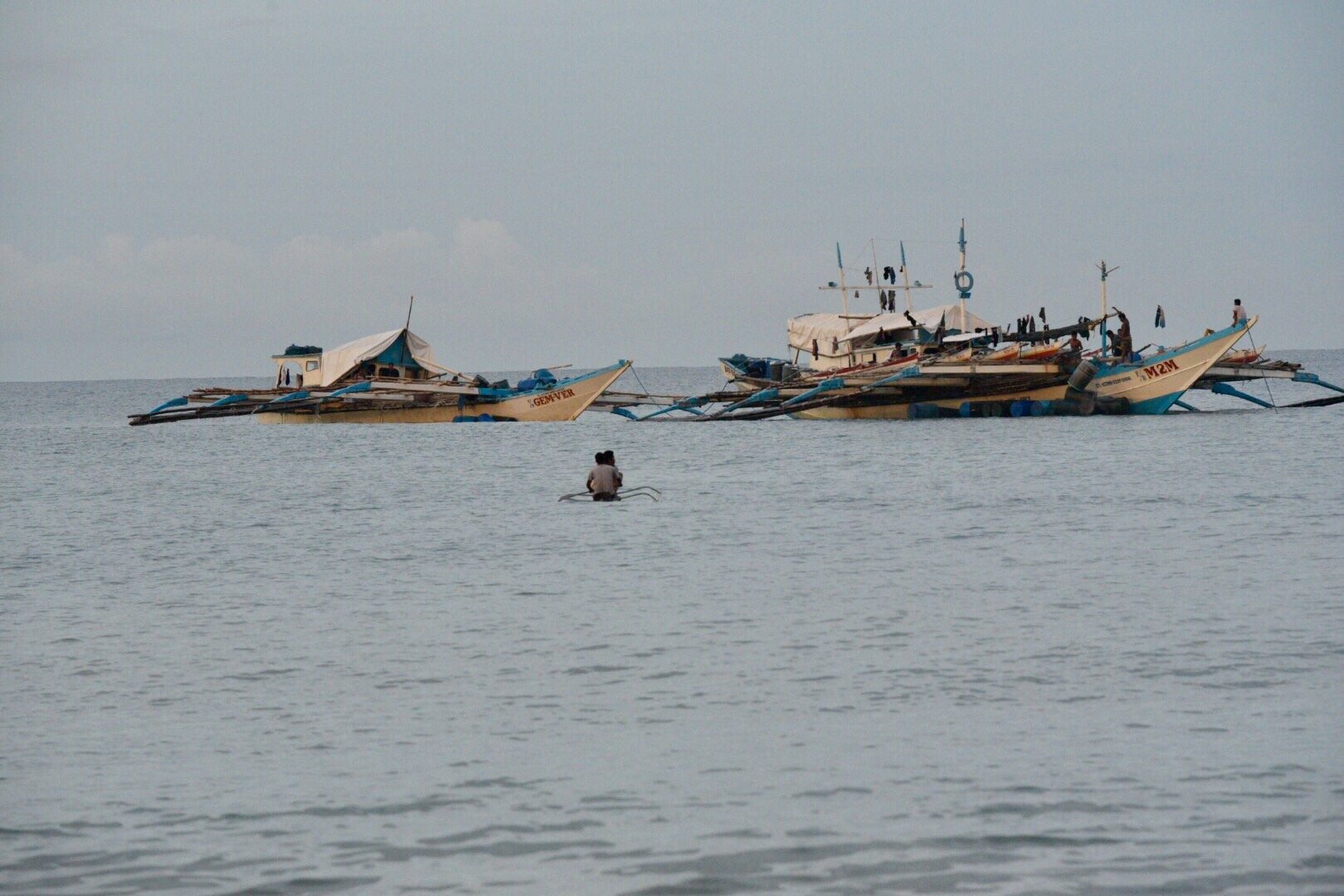 OCCIDENTAL MINDORO, Philippines – Even hundreds of miles away from land, out in the open waters, Filipinos showed that the spirit of bayanihan is very much alive.

When fishing boat Gem-Ver was rammed and sunk  – and abandoned – by a Chinese vessel in the West Philippine Sea, Filipinos quickly responded to aid their distressed countrymen. (TIMELINE: Sinking of Filipino boat in West PH Sea by Chinese ship)

While Vietnamese fishermen rescued and provided first care to the 22 fishermen of fishing boat (F/B) Gem-Ver, other Filipino fishermen fixed their damaged boat and brought them home.

A total of 4 Filipino boats came to the wreckage site of Gem-Ver in Recto Bank (Reed Bank) to help keep the boat afloat: M2M, Jovens, TG Thanksgiving, and TG Thanksgiving 5.

Rappler spoke with two crew members of F/B M2M, residents of F/B Gem-Ver’s hometown of San Jose, Occidental Mindoro, to recount the rescue of their lives.

It was around 5 am on June 10 when Wilson Mahinay’s radio phone got the alert from a fellow boat captain at sea: Gem-Ver was rammed and sank in the Recto Bank area.

Known only by many as the radio alias “Echo Mike,” Mahinay is captain of F/B M2M, a fishing boat similar to Gem-Ver. It also frequented Recto Bank. Mahinay said he could not immediately believe it. But then he had to snap back to his senses. He wrote down Gem-Ver’s coordinates on his notebook and immediately called the owners of the boat, the Dela Torre family, to ask what he could do to help. (I told him, whatever will be your decision, I will help you. Whatever means. Those are people, we need to save them. We’ll get to them wherever they are.)

The weather was not in their favor in the morning of June 10, Mahinay said, as the winds bellowed and waves whipped the sea. But he didn’t think twice about heading to sea to reach the crew. Gem-Ver’s captain was also a close friend.

As soon as Gem-Ver owner Felix dela Torre gave him the go-signal, Mahinay said he called some of his crew members. By 10 am, Echo Mike was leading the M2M with 5 other crewmen towards Recto Bank.

A fishing vessel from San Jose would usually take 3 days before reaching Recto Bank. They first go to Culion in Palawan to refill their water drums before heading farther west.

But this trip was a race against time.

Mahinay decided to skip Palawan. He just called for supplies from other boats and used up supplies left in F/B M2M.

(We didn’t think twice. We rushed. I hoped we could reach them because there were many people in need waiting for us.)

After leaving the shores of San Jose that morning, they sailed for 46 hours straight.

One of the crewmen who accompanied Mahinay was carpenter, painter, tricycle driver, and fisherman Alvin dela Torre.

He was set to leave for work to paint a house inland when he heard the news of F/B Gem-Ver sinking in the West Philippine Sea. Once Mahinay called for volunteers, Dela Torre immediately stepped forward.

Never mind, he said, that it has been 4 years since he joined a faraway sail like Recto Bank. He felt he was needed. When they arrived at Recto Bank, they saw a familiar boat in ruin: the boat was barely floating, its back destroyed, while styrofoam boxes and rotting fish floated with the boat’s debris. (LOOK: Philippine boat sinking after Chinese ship’s assault)

The sight shocked them, Mahinay said.

“Parang nabigla. Kung sa amin nangyayari ‘yun, siyempre ma-ano rin kami…. Naka-ganyan na ‘yung bangka (I was shocked. If that happened to us, of course we would also be distressed…. The boat was in ruins),” Mahinay said.

Upon seeing the wreckage, Dela Torre admitted he wasn’t sure if it could be salvaged. Despite this, they immediately got down to work. (IN PHOTOS: Aboard the Philippine boat sunk by a Chinese ship) (I wasn’t sure if we could save it because it was really under water, only the top of the boat’s cabin was floating. My cousin said whatever happens, we should try to bring home the boat even if we needed to pull it ashore in that condition.)

The boat, however, was already in a better state than it was first rammed thanks to Filipino fishermen who arrived earlier from fishing boats Jovens, TG Thanksgiving, and TG Thanksgiving 5. Fishermen of each boat tried to patch up Gem-Ver and get parts of it above water.

Supply drums were strapped to the Gem-Ver’s sides to form a buoy for the boat. The crewmen of Gem-Ver were also split into two groups – 11 with F/B Gem-Ver 2 and the rest with Thanksgiving 5. The crewmen had already been fed and clothed after transferring from the Vietnamese ship that saved them. (READ: INSIDE STORY: How Filipino crew were saved by Vietnamese in West PH Sea)

Still, much needed to be done. Together, the Filipino fishermen patched up the torn back of Gem-Ver, one piece of plywood at a time. The task was doubly difficult as they had to perform carpentry under water.

According to Alvin dela Torre, they managed to do it by stepping on the back of a carpenter so that he wouldn’t float back up while he was still planting nails to connect the plywood. When the carpenter needed air, he just had to pat the leg of Alvin, who would then release his step.

Nail after nail, this scheme went on for hours until the back of the boat was completely covered.

The next task was to pump out the water from the boat. A water pump was lent by a crew of the rescue boats, which was brought inside Gem-Ver by a kayak-sized boat.

The entire operations lasted nearly half a day. By 1 pm, the first aid operation was done. The Gem-Ver was set to go home.

The journey to Recto Bank lasted for 46 hours, but the return trip took twice as long as they only sailed at half the speed of their normal voyage. Had they moved faster,  Gem-Ver would have fallen apart.

A full day after pursuing the coordinates home, M2M was offered help by the Philippine Navy in the form of BRP Ramon Alcaraz – the Navy’s most capable warship.

Because of its high horsepower, the Navy vessel could not haul the boat back to shore but it received 21 of the 22 fishermen. Boy Gordiones, the mechanic, stayed behind to tend to Gem-Ver. The 46-hour-sail took its toll in the last stretch when one of the engines of M2M exploded. Luckily, Mahinay’s radio call was received by another Filipino fishing boat that was on standby and assisted them midway, Siro-Sira.

Together, the two fishing boats made their to the shores of Barangay San Roque.