Jun 23, 2019 9:37 AM PHT
Lian Buan
Facebook Twitter Copy URL
Copied
The Philippines and Indonesia say the landmark agreement is a 'valuable example of peaceful and rules-based settlement of maritime borders' 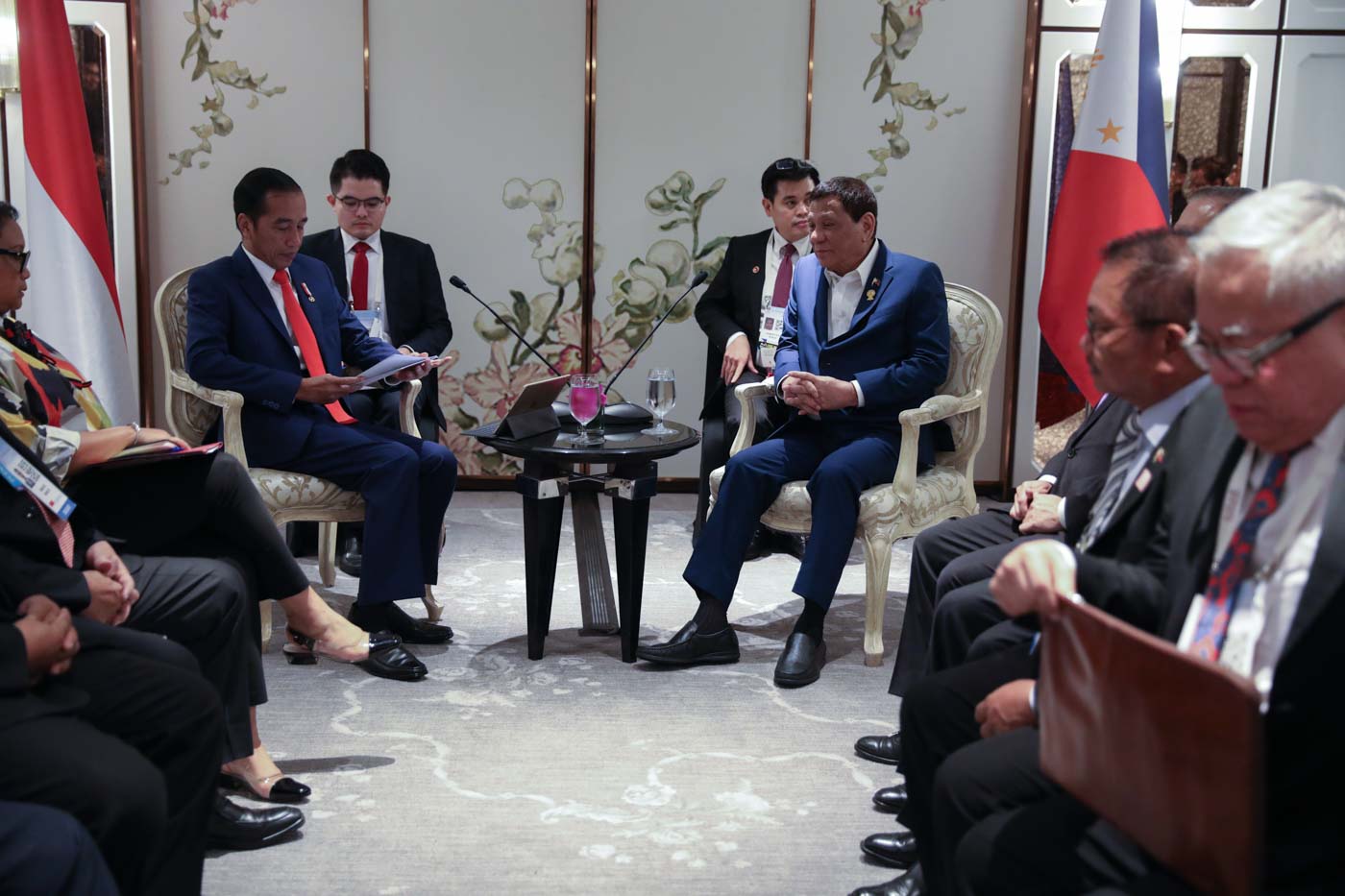 MANILA, Philippines – It is 25 years in the making, but a historic agreement by the Philippines and Indonesia on sea boundaries is set to take effect as both countries’ leaders hail the rules-based settlement of maritime borders.

The agreement will set clear boundaries at sea and will allow both Philippine and Indonesian fishing vessels to peacefully and legally operate in their respective waters.

President Rodrigo Duterte and Indonesian President Joko Widodo, more commonly known as Jokowi, hailed this agreement on Saturday, June 22, in a bilateral meeting on the sidelines of the Association of Southeast Asian Nations (ASEAN) Summit in Bangkok.

Duterte and Jokowi “welcomed the completion of the two countries’ respective domestic requirements for the entry into force of the Agreement between the Government of the Republic of the Philippines and the Government of Indonesia Concerning the Delimitation of the Exclusive Economic Zone Boundary,” said the Philippines and Indonesia in a joint statement on Saturday, June 22.

The agreement will come into force this year, said both countries, upon the formal exchange of instruments of ratifications by their respective foreign ministers.

The agreement sets boundaries in the overlapping exclusive economic zones (EEZs) of Philippines and Indonesia in the Mindanao Sea and the Celebes Sea.

“This landmark accord concluded between the two biggest archipelagic states stands as a valuable example of the peaceful and rules-based settlement of maritime borders in accordance with 1982 United Nations Convention on the Law of the Sea (UNCLOS),” said both countries.

This is the Philippines’ first maritime boundary treaty, entered into in 2014 under then president Benigno Aquino III, and ratified by the Philippine Senate in early June this year.

In 2016, a Hague tribunal ruling nullified China’s historical claim of waters within its so-called 9-dash line, in a landmark victory for the Philippines that Duterte refuses to enforce.

The completion of the agreement comes in the face of a heated and polarizing in Recto Bank (Reed Bank) where a Filipino fishing vessel was sunk by a Chinese ship.

The Recto Bank incident is a first in the decades long dispute over the South China Sea, parts of which the Philippines calls the West Philippine Sea.

On this sea dispute, Duterte and his counterparts in ASEAN vowed to exercise self-restraint to maintain peace, security, stability, safety, and freedom of navigation in the South China Sea.

The ASEAN leaders said it was important to “exercise self-restraint in the conduct of activities and avoid actions that may further complicate the situation.” – Rappler.com