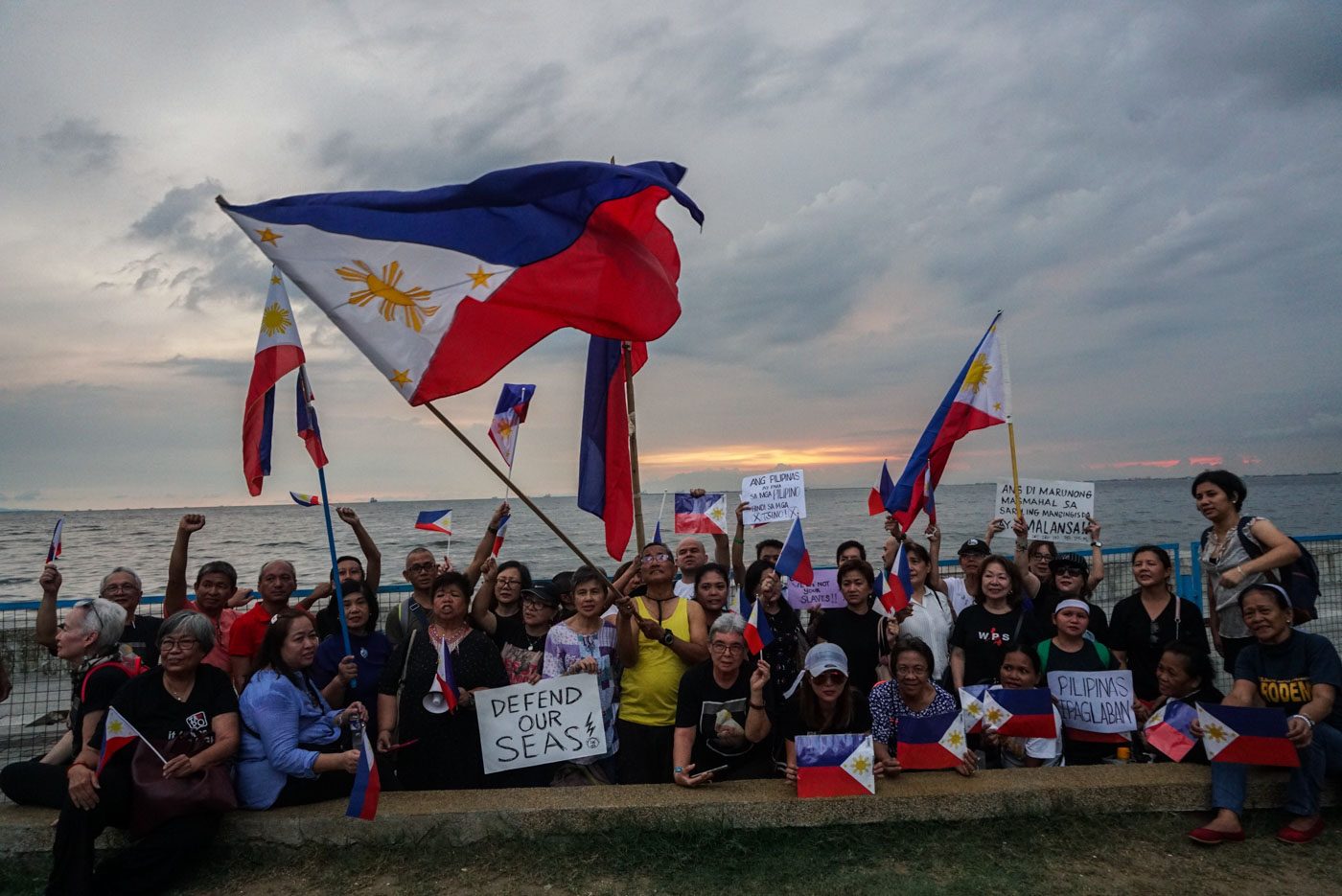 Facebook Twitter Copy URL
Copied
(2nd UPDATE) 'It will never be a fair investigation when one is the oppressed and the other is the oppressor,' says Senator Francis Pangilinan

MANILA, Philippines (3rd UPDATE) – A number of senators are opposed to the Duterte government’s approval of a joint Philippines-China probe into the sinking of a Filipino boat in Recto Bank (Reed Bank), saying it violates the Philippine Fisheries Code.

In a statement on Sunday, June 23, Senator Francis Pangilinan said: “A joint investigation is against our Fisheries Code. Our Fisheries Code mandates the government to safeguard the safety of our fishery and aquatic resources and to prosecute local and foreign violators. Part also of the government’s mandate is to address foreign illegal entrants in our waters.”

The senator cited common hit-and-run incidents to explain his stance. “Kung na-hit and run ang kamag-anak natin, hindi ba’t magiging katawa-tawa kung kasama sa mag-iimbestiga ang kakampi ng mga mismong nakabangga?” (If our relative was a victim of hit-and-run, wouldn’t it be ridiculous if we will investigate it alongside an ally of the one who hit our relative?)

The Philippine Fisheries Code empowers the Duterte government to make a summary finding and fine China up to $1 million for just its presence in Philippine waters. The incident happened in Recto Bank, where Philippines enjoys exclusive rights to fish.

Section 91 of the Fisheries Code states that “it shall be unlawful for any foreign person, corporation or entity to fish or operate any fishing vessel in Philippine waters.”

China itself admitted that a Chinese fishing vessel was in Recto Bank the night the incident happened. Recto Bank is within the Philippines’ 200-nautical mile exclusive economic zone (EEZ), where the Philippines has exclusive rights to fish and exploit other marine resources.

“Prima facie means on its face. By the simple fact of the foreign vessel being in Philippine waters, it is presumed to be engaged in illegal fishing in our waters,” explained Minority Leader Franklin Drilon, who was Senate president in 2015 when the fisheries code was amended.

“They could contest the facts surrounding the sinking of the Filipino fishing boat by that Chinese vessel. But the fact that that Chinese vessel illegally encroached upon Philippine waters is uncontestable. And for that, the government can penalize them,” Drilon added.

Former chief justice Maria Lourdes Sereno called the joint probe, and the proposed addition of a 3rd party, an “overt surrender of sovereignty” because she said it would reduce the Philippines to a “mere participant” in an investigation that should have been exclusively Filipino.

Drilon said: “There is no need for a joint investigation. The incident happened within our territory and the facts were clearly established. All that is left for the government to do is to implement and execute our laws. Sadly, our laws were put in the backseat in favor of China.”

Jailed Senator Leila de Lima, in a statement on Monday, June 24, also rejected the idea of a joint investigation with China.

“To give China an equal role in the investigation of a crime committed within our jurisdiction, by a boat of the maritime militia organized by China precisely to commit such crimes, can be considered the height of stupidity, if only we were not already aware that treason is what actually motivates the Duterte administration in making China a part of the Recto Bank investigation,” De Lima added.

“Any joint probe with an evasive Chinese government will be, quite literally, lutong makaw. If China only intends to whitewash the incident and is unwilling to bring her erring citizens to justice for their acts, then any joint probe will be an exercise in futility,” Hontiveros said.

“DFA Secretary Teddyboy Locsin is just about the only rational soul in the Cabinet having a say on the Recto Bank joint investigation issue. And for good reason. He said, ‘One cannot be a judge of his own case,'” said Lacson in a tweet on Friday, June 21.

On Sunday, Lacson added: “The government must seriously consider the issue of sovereignty in the conduct of a joint investigation with China. The 2016 Hague ruling expressly states that Recto Bank is part of the Philippines’ 200-nautical mile EEZ. It is ours. Are we waiving ownership of Recto Bank?” – Rappler.com