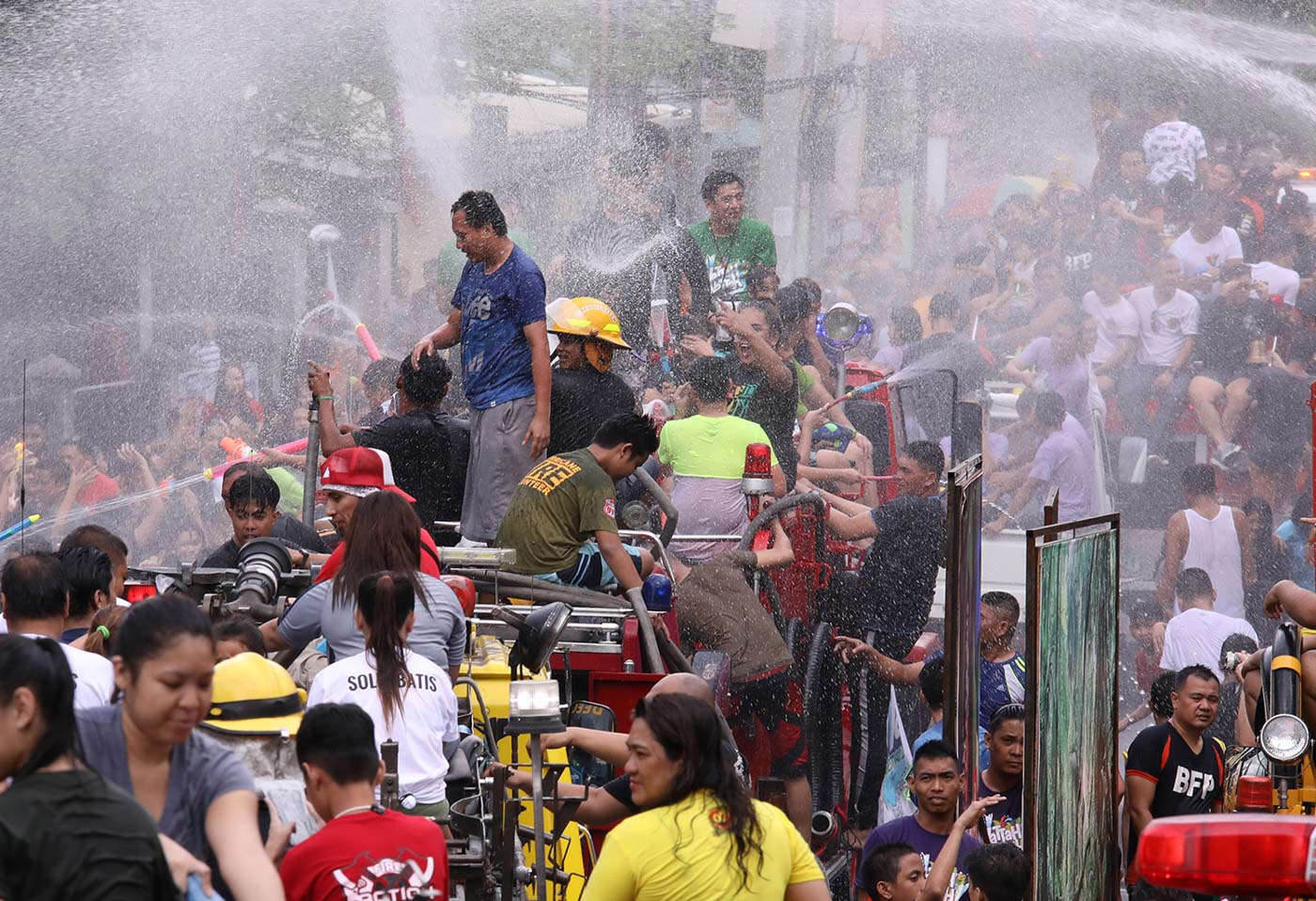 The yearly tradition commemorates the feast day of the city’s patron saint, St. John the Baptist, and involves residents throwing buckets of water at each other and at passing motorists.

All of the barangays in San Juan City have been experiencing water service interruptions this year, as the level in Angat Dam sinks below critical level.

Manila Water, the private concessionaire which supplies water to the city, said they have coordinated with the local government on holding the festival amid the water shortage. (READ: [ANALYSIS] The economics of Metro Manila’s burgeoning water crisis)

(We had a coordination with the local government. Before in the previous years where Manila Water supported San Juan, we sent trucks for the event. Now, it’s just drinking water.)

(We are appealing that people just use enough water for their needs.)

Manila Water added that they can only go as far as appealing the matter to the San Juan City government.

San Juan City’s public information office said it halved the number of water trucks for the festival. From over 30, only 16 trucks full of water were deployed. The city government thought it was fit to deploy 16, to commemorate the 16th year of the Wattah Wattah festival.

Water was sourced from the city’s fire hydrants.

Outgoing San Juan Mayor Guia Gomez meanwhile defended the annual tradition despite criticism that it was insensitive during a water crisis.

“We have a water crisis, I admit that, but we cannot do away with tradition. Even if we will not do this, people will do it anyway,” Gomez said.

Angat Dam’s level as of Monday stood at 159 meters, below its normal level of 210 meters and the critical level of 160 meters. (READ: EXPLAINER: What caused Manila Water’s service problems?)