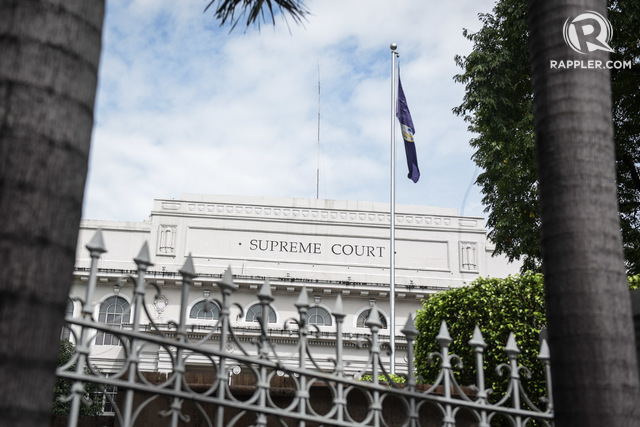 In a 15-page decision written by Associate Justice Jose Reyes Jr, the SC 2nd Division denied the petition of the Presidential Commission on Good Government (PCGG) that challenged the Office of the Ombudsman’s December 2006 resolution that dismissed for lack of probable cause the criminal complaint filed against the following former PNB directors:

According to the SC, the PCGG failed to show that the Office of the Ombudsman gravely abused its discretion when it dismissed the criminal complaint against the respondents for violation of Republic Act No. 3019 or the Anti-Graft and Corrupt Practices Act.

“Simply stated, no grave abuse of discretion may be attributed to the Ombudsman merely because of its alleged misappreciation of facts and evidence. The petitioner in a certiorari proceeding must clearly demonstrate that the court or tribunal blatantly abused its authority to a point so grave as to deprive it of its very power to dispense justice,” the Court said.

The SC also said the petition was “bereft of any statement or allegation purportedly showing that the Ombudsman exercised its power in an arbitrary or despotic manner by reason of passion or hostility.”

The case involves a $27.793-million (P108.91-million) PNB loan granted to TSMCI in 1968 to cover the company’s importation of sugar machinery and equipment for its proposed sugar central in the Negros Oriental towns of Sta Catalina and Bayawan.

But the Presidential Ad Hoc Fact-Finding Committee’s technical working group (TWG) learned that at the time of TSMCI’s incorporation on May 10, 1967:

The PCGG concluded based on the TWG’s findings that the sugar milling company’s account was a behest loan. But the SC, in upholding the 2006 dismissal, said the PCGG’s complaint failed to establish this.

“The PCGG merely highlighted the alleged scandalous disproportion of the assets and collateral offered by TSMCI with the amount of the loan without even stating the alleged acts committed by the respondents which constituted or exhibited manifest partiality, evident bad faith, or inexcusable negligence,” said the SC.

According to the High Court, the PCGG also failed to prove that the PNB directors and the TSMCI officers conspired to defraud the government.

“As pointed out by the Ombudsman, the complaint-affidavit is bereft of sufficient allegation and relevant documents to support the charges therein,” the SC said. – Rappler.com