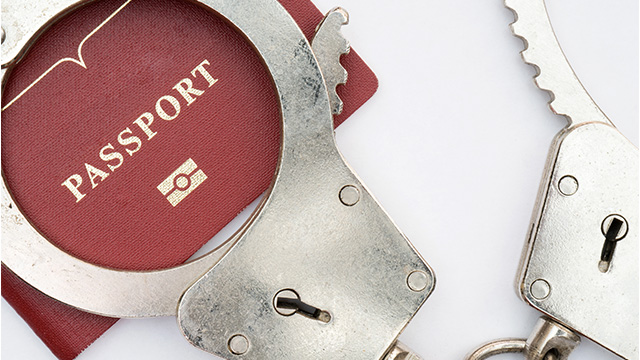 MANILA, Philippines – A Filipino was arrested in the United States over visa fraud and illegally recruiting workers where she faces a maximum of 10 years in prison.

Maria Luisa Estrella Jaidi, originally from the Philippines but with residence in New York, was arrested upon the filing of charges over fixing illegal work visas for Overseas Filipino Workers (OFWs) and later subjecting them to illegal labor in the US.

Her brother Ramon Singson Estrella was charged with the same offenses, but he remains at large.

“Jaidi, 60, of Bronxville, New York, and Estrella, 55, of Manila, Philippines, are each charged with one count of conspiracy to commit visa fraud and make materially false statements, which carries a maximum sentence of five years, and one count of conspiracy to induce aliens to illegally come to, enter, and reside in the United States, which carries a maximum sentence of 10 years,” the District Attorney of New York said in a statement last March.

Jaidi – who was married to a Moroccan ambassador – and her brother Estrella fixed US visas for Filipinos who they claimed would work as clerks or technicians at the Moroccan consulate in New York.

The Filipinos ended up working as drivers, helpers, farmhands and assistants in their house and property in New York.

Jaidi and her former husband – who was not named in the press statement – denied the Filipino workers benefits, and subjected them to certain abuses such as making them work 7 days a week and required them to surrender their passports, said the District Attorney of New York. – Rappler.com