Davao boys to push for death penalty in Senate 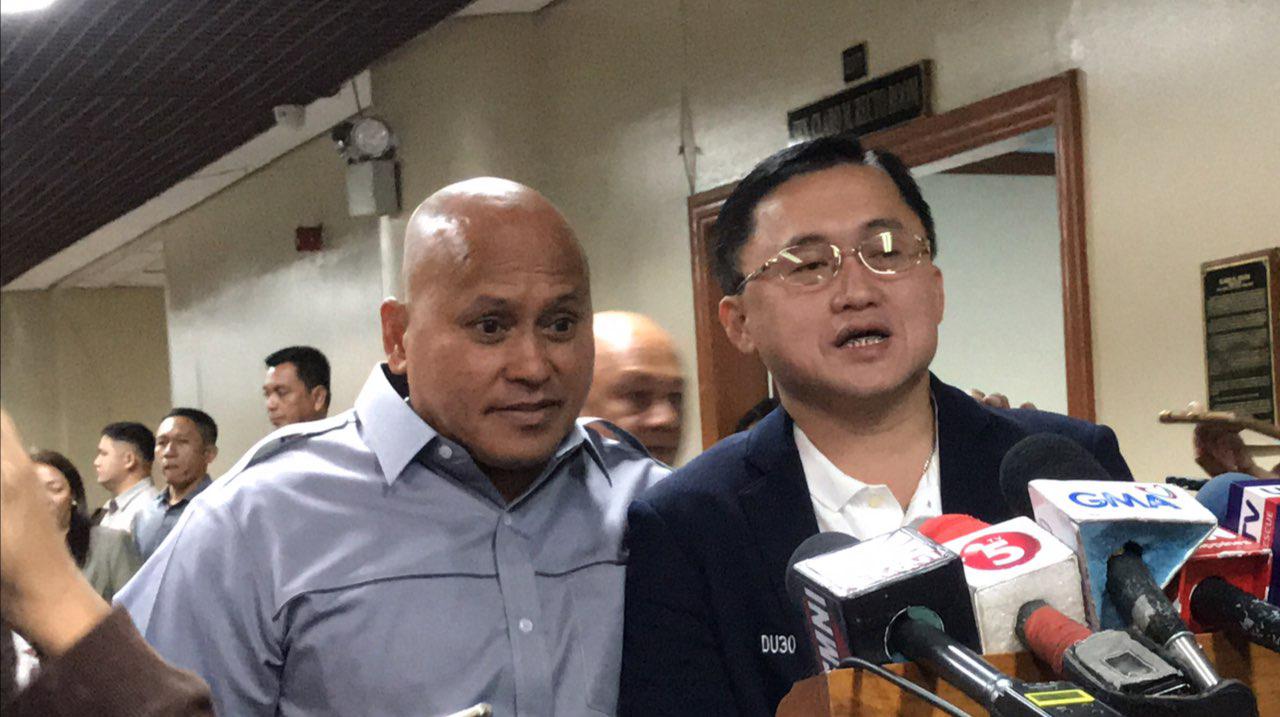 MANILA, Philippines – Neophyte senators Ronald dela Rosa and Christopher Go said on Tuesday, June 25,  that they would push for the restoration of death penalty, as they join other administration senators in the 18th Congress.

Dela Rosa, the architect of the bloody campaign against illegal drugs, said that he would be filing a bill that would restore death penalty for high-level drug traffickers.

(We have a lot of allies there. Now, we will work together. Most likely, this will not be very heavy because for me, I just want the drug trafficking part to be passed, and not all heinous crimes. That’s my version.)

While Go agreed that its reimposition is a “must,” he said that he will be studying the possibility of amending Republic Act Number 9346 which prohibited the imposition of death penalty first.

(I’m considering looking at and studying the amendment to the prohibition in the Republic Act 9346. For me, I think it’s a need – a must – to bring back death penalty especially for heinous crimes such as illegal drugs and corruption.)

The 18th Congress will open on July 22, the same day President Rodrigo Duterte will deliver his 4th State of the Nation of the Address.

The incumbent senators of the 17th Congress already rejected the passage of the bill, while the House of Representatives passed it on third and final reading.

That’s a total of 13 senators now including Go and Dela Rosa.

Senators Grace Poe and Nancy Binay are against it.

While death penalty may gain ground in the 18th Congress, Go thinks that the passage of a bill that would shift the Philippines to a federal type of government will be a “long shot” for now.

(It’s kind of a long shot but we will talk about it first. There should be an education campaign with the public. They should see the benefits of federalism.)

In December last year, the House of Representatives approved on 3rd and final reading the resolution that seeks to shift the country to federalism. Senate leaders had earlier said that the draft charter was “dead on arrival.”

The 17th Congress adjourned without the Senate discussing the resolution, as Sotto said there was simply “no time” for them to do so. – Rappler.com