Jun 25, 2019 5:07 PM PHT
Aika Rey
Facebook Twitter Copy URL
Copied
Senator-elect Ronald dela Rosa, who is poised to chair the Senate committee on public order and dangerous drugs in the 18th Congress, says he would 'not be biased' since he was no longer a cop 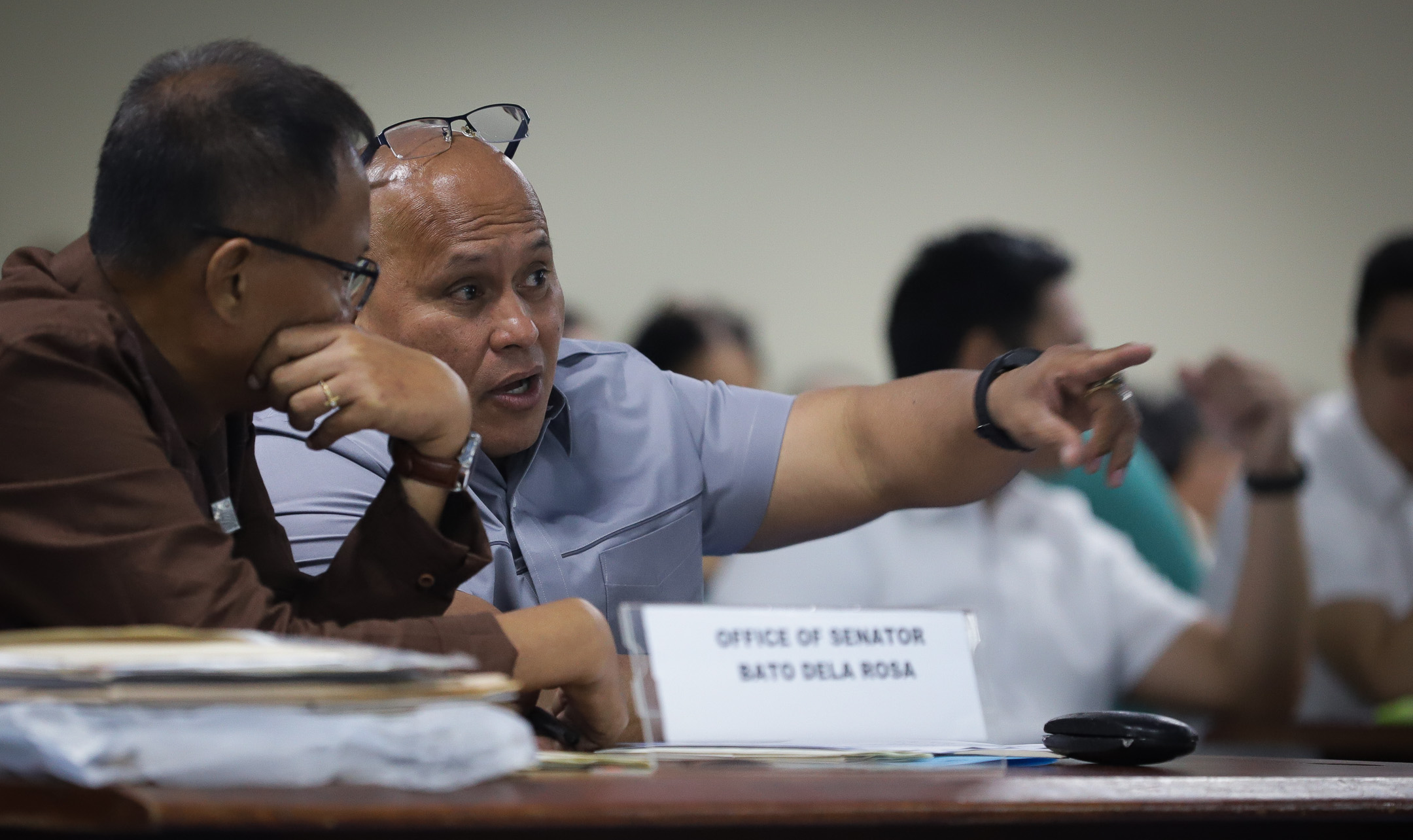 MANILA, Philippines – If there would be another Senate probe into extrajudicial killings in the war on drugs, senator-elect Ronald “Bato” dela Rosa said on Tuesday, June 25, that he would participate in it.

Dela Rosa made the statement in response to questions on the sidelines of an orientation for neophyte senators at the Senate.

“Bakit ako mag-inhibit? Bakit, ako ba pumatay? Di naman ako pumatay (Why should I inhibit? Why, was I the one who killed  them? I didn’t kill them),” Dela Rosa told reporters, reflecting a slight change in his position on the matter.

Dela Rosa was the brains behind the Duterte administration’s campaign against illegal drugs. (READ: The Impunity Series)

The former top cop is poised to chair the Senate comittee on public order and dangerous drugs in the 18th Congress, a panel headed by Senator Panfilo Lacson – also a former Philippine National Police (PNP) chief – in the 17th Congress.

Dela Rosa earlier told dzBB that he would be willing to inhibit from any investigations into the war on drugs, adding that if he decided to do so, the concerned Senate panel has a vice chair who could preside over the hearings.

On Tuesday, however, Dela Rosa categorically said he would participate if there would be a new Senate inquiry into drug-related killings, and that he would “not be biased” since he was no longer a cop.

(The truth should come out, right? Do you think that if I don’t inhibit, the truth will not come out? I’m different now. I’m a senator now; I’m no longer a cop.)

Dela Rosa led the first few years of President Rodrigo Duterte’s bloody anti-illegal drug campaign. Duterte promised during the presidential elections of 2016 to eradicate illegal drugs “in 3 to 6 months,” but later admitted that the problem was so huge that it would likely not be solved withing his term.

Based on the latest government data, a total of 5,050 drug suspects had been killed in law enforcement operations. But human rights groups estimate over 20,000 deaths including vigilante-style killings in the campaign. – Rappler.com