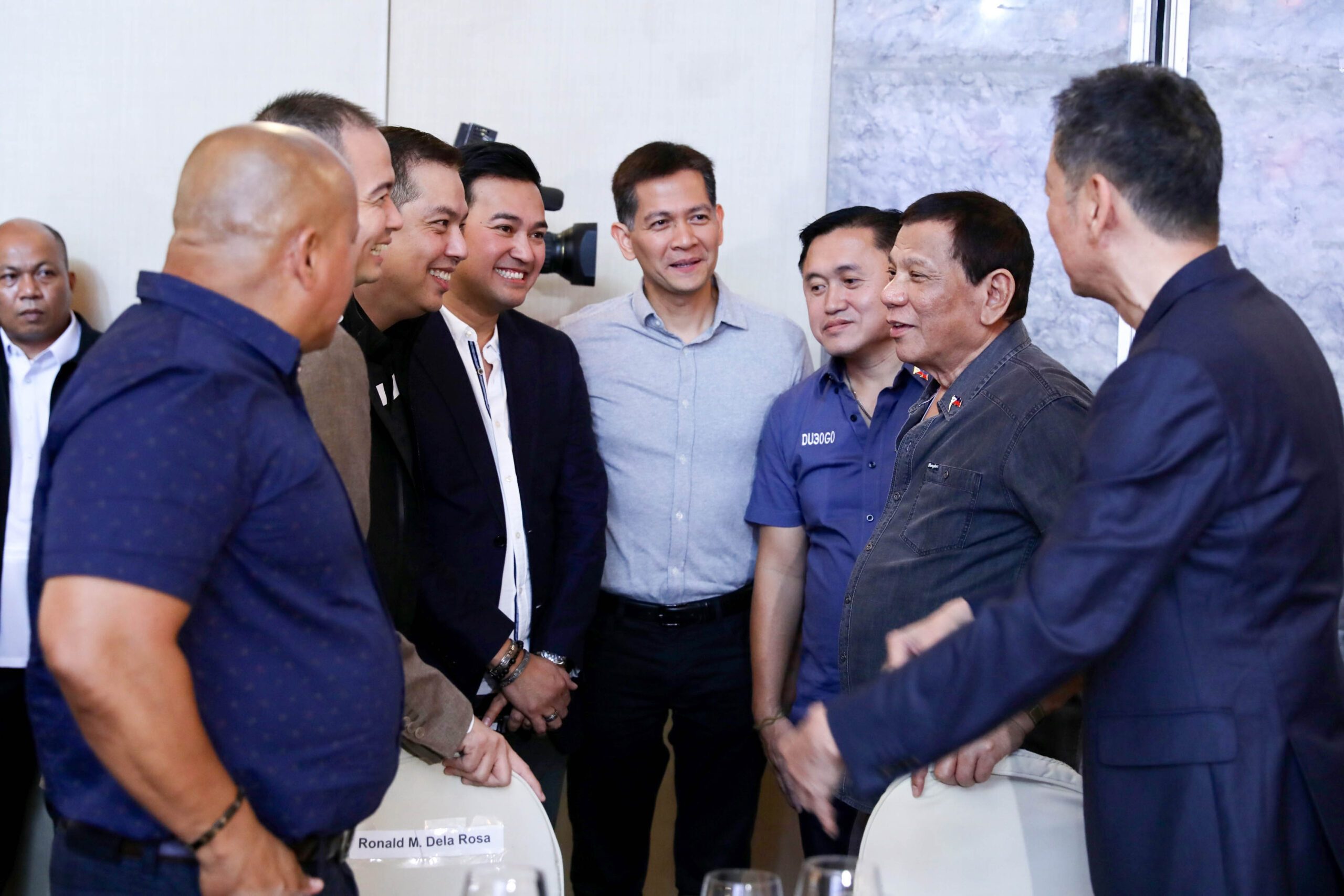 In a speech on Tuesday, June 25, Duterte even said he would rather House Speaker Gloria Macapagal Arroyo choose the next Speaker, but she supposedly declined.

“You choose Ma’am. I will ask a favor…. Huwag mo na ako bigyan ng sakit ng loob (Don’t give me heart ache). They are all my friends. Tutal ikaw naman pinaka-senior dito (Anyway, you are the most senior here),” Duterte said.

Duterte joked he would send Arroyo back to jail if she does not do as he wishes.

At the time, he was giving a speech in front of incoming locally elected officials and winning Hugpong ng Pagbabago senatorial candidates.

He told House members to just “sort it (the Speakership) out” amongst themselves.

Despite the President indicating Arroyo declined his offer, a source privy to the talks among political parties in the House said Arroyo is already mulling who she would “recommend” as Speaker to Duterte.

“In fact, GMA issued word that she is thinking of who to recommend to Digong,” the source said.

The source said Arroyo has not made a final choice but may come up with one soon.

His aides, including incoming Senator Bong Go, had said Duterte would be naming his chosen Speaker bet by June 28.

Velasco and other non-PDP-Laban politicians hoping to be speaker, incoming Leyte 1st District Representative Martin Romualdez and incoming Taguig City-Pateros Representative Alan Peter Cayetano, have taken every opportunity to meet and be seen with Duterte. – with a report from Mara Cepeda/Rappler.com