LP open to rejoining majority bloc in the 18th Congress 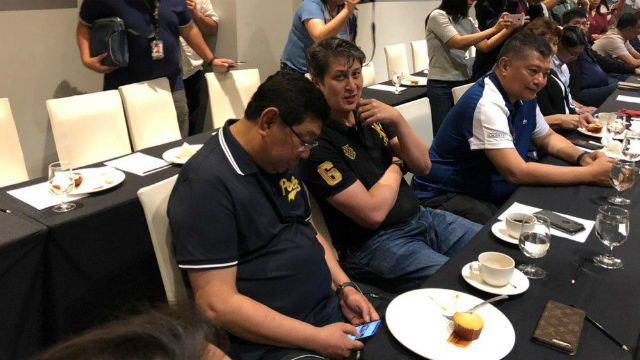 Facebook Twitter Copy URL
Copied
This move is nothing new, as most Liberal Party legislators were part of the administration-allied majority bloc in the House at the start of President Rodrigo Duterte's term

MANILA, Philippines – The once-ruling Liberal Party (LP) may now be in the opposition, but their members in the House of Representative are open to rejoining the administration-allied majority bloc.

“Karamihan po sa amin ay gustong maging parte ng mayorya at makatulong sa [pagpasa ng mga panukala] na makakatulong sa ating bansa (Most of us want to be part of the majority to help pass bills that would help our country),” said Erice, who said the LP plans to vote as a bloc in the speakership election on July 22.

A party insider told Rappler that the LP has been meeting with the top contenders for Speaker to determine who among these aspirants would be able to accommodate them despite their party’s stand against several policies and pet bills of the Duterte administration. (READ: Being ‘dilawan’ in the Duterte-controlled House)

(We are looking if several advocacies of ours will be accepted. For example, we are against the death penalty, against lowering the minimum age of criminal liability, and we have other issues that are part of the core values of the Liberal Party.)

LP’s interest to join the majority bloc is not surprising, as a majority of its members, including Belmonte, were first part of the supermajority bloc during the 17th Congress and formed an alliance with Duterte’s Partido Demokratiko Pilipino-Lakas ng Bayan in July 2016. (READ: Being ‘dilawan’ in the Duterte-controlled House)

Erice and 4 other LP lawmakers were left in the independent minority bloc called the “Magnificent 7,” which were critical of Duterte’s policies.

But in July 2018, all the LP lawmakers tried but failed to lay claim over the House minority bloc after the House coup that made former president and now Pampanga 2nd District Representative Gloria Macapagal Arroyo the new Speaker.

The House leadership merely recognized the LP legislators as part of the independent minority bloc, which means they were not able to vote in House committees.

If they decide to rejoin the majority bloc in the 18th Congress, the LP lawmakers will once again have voting rights in House panels. – Rappler.com