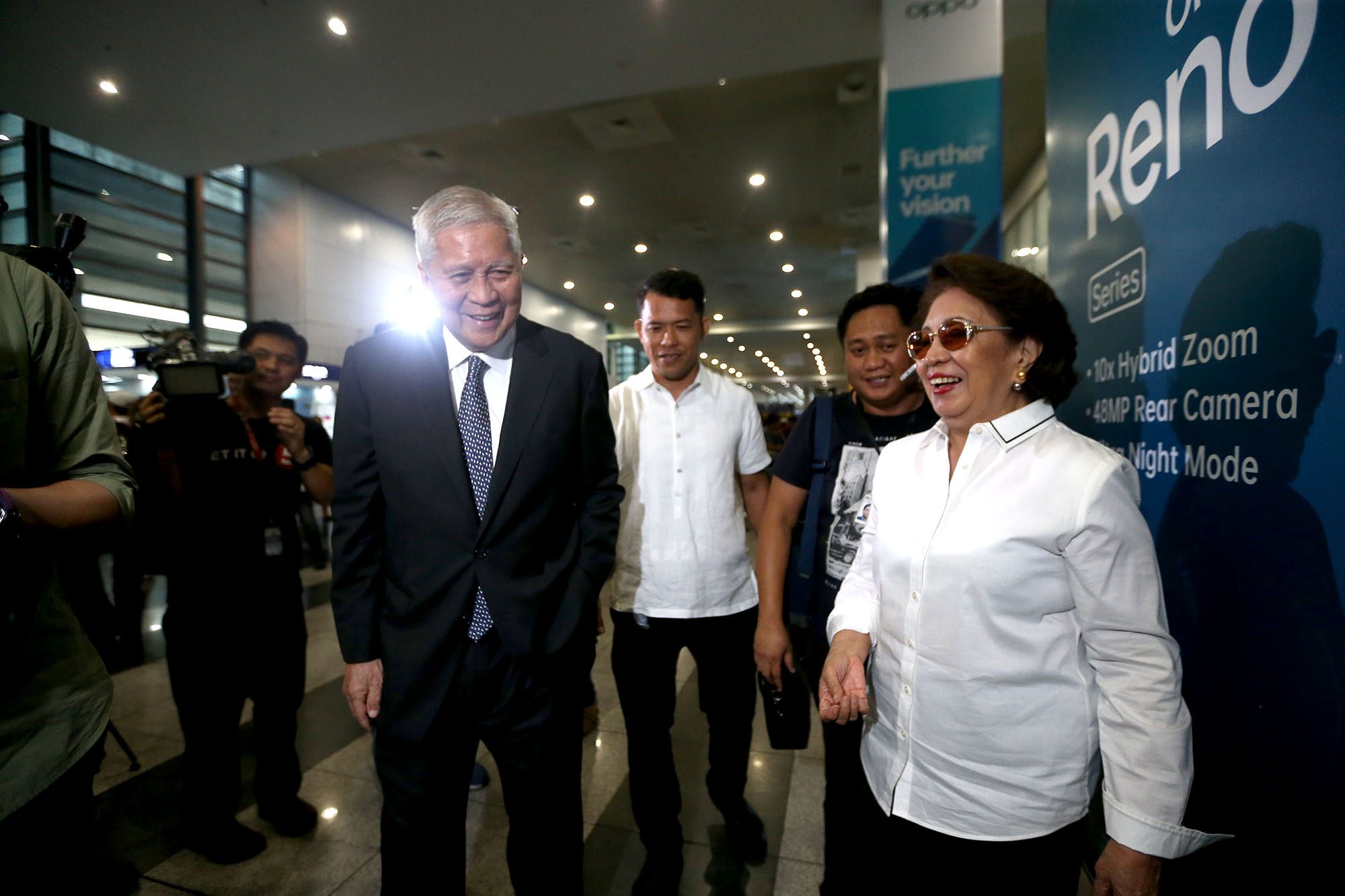 “When will we stop giving our northern neighbor primacy over our own people?” Del Rosario said in a statement Wednesday.

This comes after another advocate of the West Philippine Sea, Supreme Court Senior Associate Justice Antonio Carpio, also refuted the Duterte government over its recent statement.

Carpio said it is unconstitutional to allow Chinese fishermen to fish in the Philippines’ exclusive economic zone (EEZ), a 200-nautical-mile region where the country has exclusive rights to fish and use marine resources.

Reacting to this, Del Rosario on Wednesday posed the following questions to the Duterte government:

The West Philippine Sea issue heated up again after a Filipino fishing boat was sunk by a Chinese ship in Recto Bank (Reed Bank), a potentially oil-rich region in the country’s waters. (READ: Duterte vs fishermen: Is the Philippines lawyering for China?)

Duterte replied: “I don’t think that China would do that. Why? Because we’re friends. And they are of the same view that that should not result in any bloody confrontation.”

On Tuesday, June 25, Presidential Spokesperson Salvador Panelo interpreted Duterte’s words: “He said they will not allow it, but as far as they’re concerned, they have historical right to that. Number two, we will allow it kasi we’re friends naman, ‘di magbigayan muna tayo – parang ganoon ang punto ni Presidente (because we’re friends, so let’s give way to each other – that seems to be the President’s point).”

Carpio however stressed that the Philippines “has the exclusive sovereign right to exploit all the fish, oil, gas, and other mineral resources in its exclusive economic zone.”