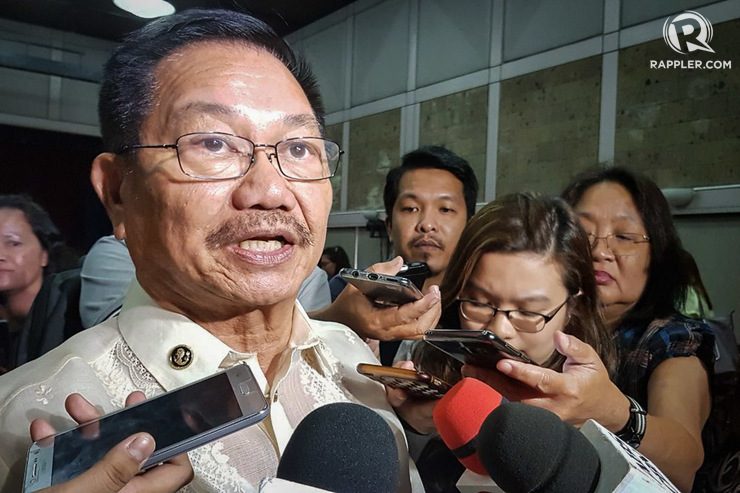 “I cannot see anybody in the horizon except Piñol who knows and grew up, born in Mindanao, he’s a farmer and governor…and that MinDA position is a Cabinet position,” Duterte said on Thursday, June 27, during an ambush interview.

“I said, go there and just help me. Get them started, hurry up, hurry them up,” Duterte said, referring to the Bangsamoro Transition Authority. (READ: Duterte tells Bangsamoro gov’t to ‘hurry up’)

But Duterte appeared to want to get inputs first from Bangsamoro Interim Chief Minister Murad Ebrahim before making a final decision.

The post of MinDA chairman and secretary was left empty after the death of Datu Abul Khayr Dangcal Alonto last May 9.

Asked if he has accepted Piñol’s resignation, Duterte said, “I have to.” According to the President, more than just having rapport and friendship, Cabinet secretaries like Piñol “have to thrive at the mechanics.”

Go also said disagreement of economic managers with some of Piñol’s policies was also a factor in his exit from the Department of Agriculture post.

The agriculture sector, under Piñol, had remained laggard and suffered from a rice shortage. However, Piñol, a former North Cotabato governor, had been active in Duterte’s 2016 presidential campaign. – Rappler.com