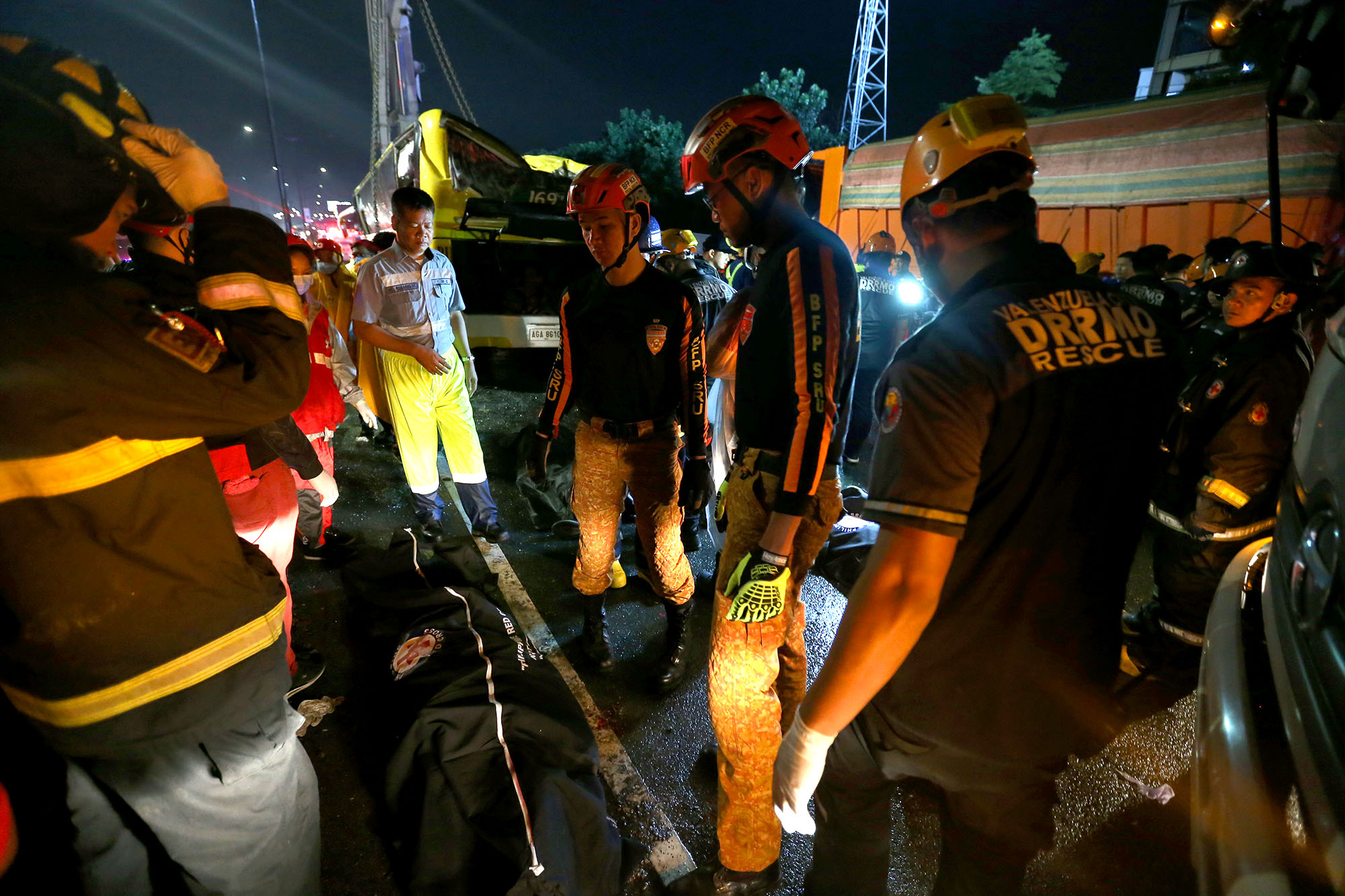 MANILA, Philippines (3rd UPDATE) – At least 8 people were killed while 11 others were injured after a bus toppled and hit another vehicle along North Luzon Expressway (NLEX)  on Friday night, June 28.

The Northern Police District (NPD) said in a report on Saturday, June 29, that at around 7:10 pm on Friday, an Isuzu Crosswind had to slow down due to  heavy rains as it traversed the southbound lane of NLEX in the Valenzuela City area, and was hit in the rear by the vehicle behind it, a passenger bus  operated by Buena Sher Transport.

The Isuzu Crosswind was pushed into a ditch on the side of the road, while the bus veered to the left and hit the concrete barrier, causing it to crash to its side.

Eight bus passengers died on the spot, while the driver and a passenger of the Isuzu Crosswin were among those injured, police said.

The NPD earlier said in its latest report that there were a total of 15 injured passengers, as several other victims appeared at the Valenzuela City Police Station on Saturday.

The bus driver, Victorio delos Reyes, who was injured, was under hospital arrest. Police said they were prepraring criminal charges against him.

Police identified the deceased as the following:

At around 7:30 pm on Friday, NLEX Corporation posted on Twitter an advisory of heavy northbound traffic after the Balintawak toll plaza “due to accident.”

We are closely monitoring a vehicular crash involving a passenger bus near Valenzuela Exit, Torres Bugallon, Northbound. We have dispatched 3 ambulances and a rescue vehicle, as well as alerted nearby hospitals. PRC is coordinating w NLEX for further actions. Updates to follow. pic.twitter.com/CdynhZnNDl

The PRC said extraction was still ongoing as of 9:22 pm.

In a statement posted on Twitter, NLEX Corporation said its patrol and emergency medical teams “responded in 11 minutes to help the individuals involved and manage the traffic in the area as well as secure the safety of other motorists.”

“Valenzuela ambulances and PNP mobile are also now on site. Investigation and vehicle recovery are ongoing. All motorists going to Balintawak are being diverted to Mindanao Exit. Please drive safely,” the statement also read. 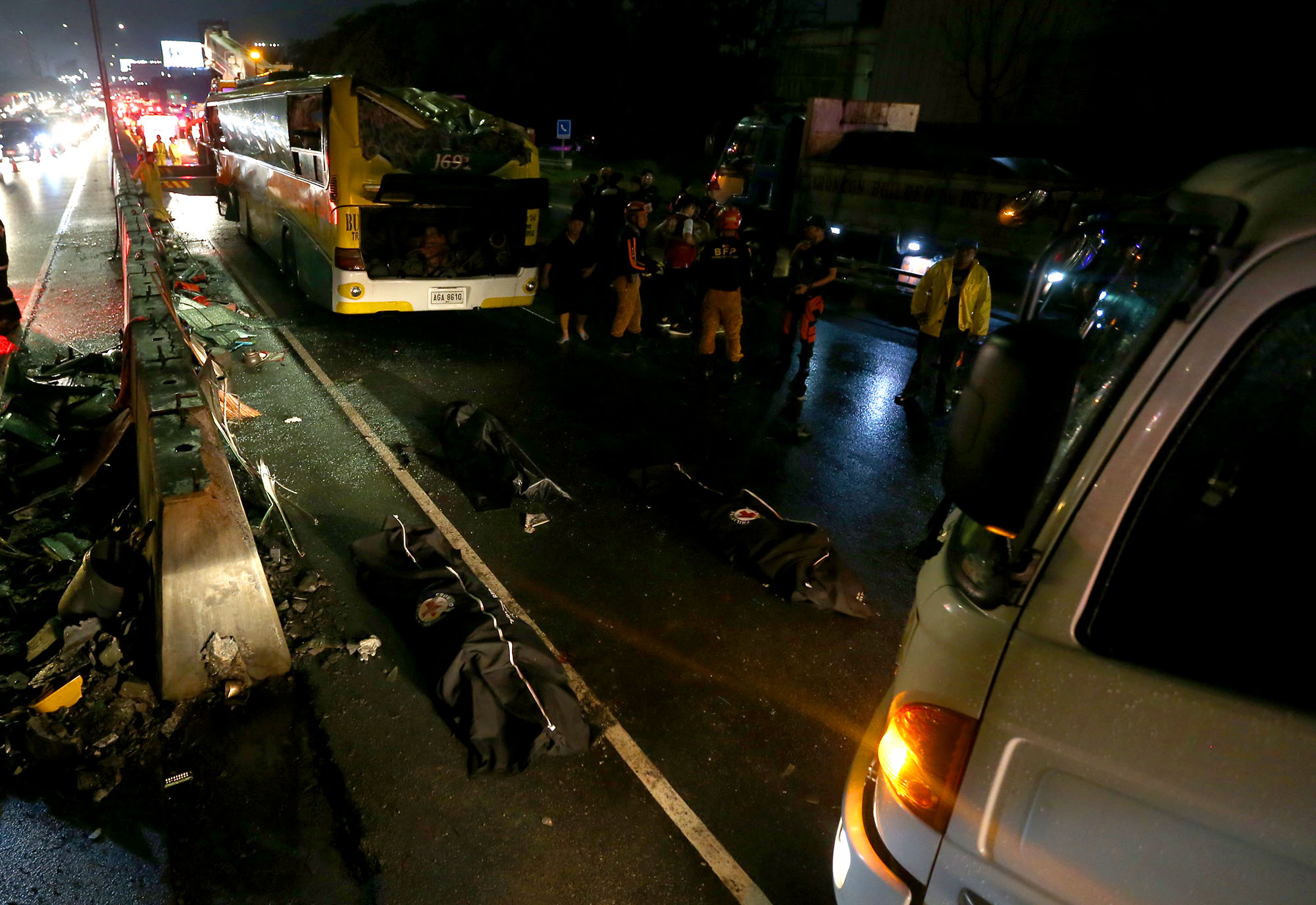 By 10:50 pm, NLEX Corporation said the bus involved in the crash “has already been recovered and moved to the roadside.”

“All northbound lanes are now open to traffic, while three lanes are open in the southbound section,” it added.

The bus involved in the accident has already been recovered and moved to the roadside. All northbound lanes are now open to traffic, while three lanes are open in the southbound section.@MMDA