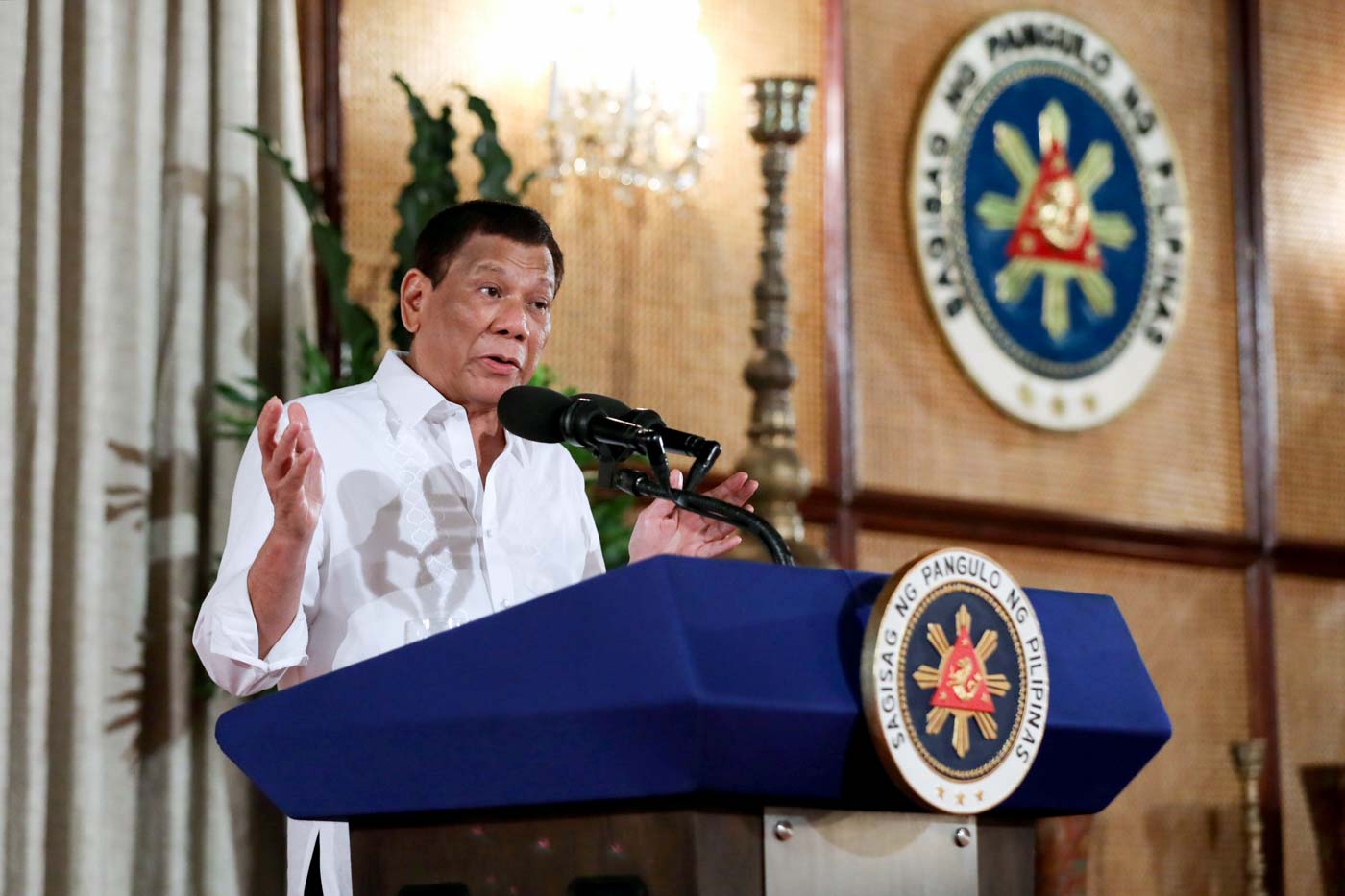 MANILA, Philippines – As President Rodrigo Duterte is set to mark his third year as President on Sunday, June 30,  Malacañang Palace said “the best is still to come.”

In a statement Saturday, June 29, halfway into Duterte’s term,  Presidential Spokesperson Salvador Panelo said the public could expect “significant achievements, if not more” going into the President’s last 3 years in office. (READ: Duterte at the halfway mark: The Filipino’s gamble)

Panelo went on to list in length Duterte’s “achievements” during the first half of his administration, which included “countless and incomparable feats” such as the government’s anti-illegal drug campaign, rehabilitation of drug users, and “dismantling the illegal drug industry.”

The government’s bloody crackdown on illegal drugs has seen continued killings with police claiming the death toll numbered over 5,000, but which human rights groups peg to be more than 20,000 to include those killed vigilante-style. (READ: U.N. rights chief: Deaths in PH anti-drug operations a ‘most serious concern’)

Out of all the killings, Rappler has found out that the government has let thousands go unsolved. Critics have also said drug lords continued to operate despite the Duterte government’s war on drugs, while illegal drugs continue to slip past customs and find their way to Philippine shores.

On the economy: The government also counted among its achievements making the the Philippines “one of the strongest economies and growth leaders in the region” by increasing foreign investments and promoting the coutnry’s “Golden Age of Infrastructure” through its Build Build Build Program.

Experts have hit the slow rollout of the government’s infrastructure program. Aside from this, the Philippine economy took a hit with high inflation rates and the passage of the Tax Reform Acceleration Law.

Meanwhile, the passage of the 2019 budget was delayed despite warnings from the governments’ economic managers of its adverse effects . The budget deadlock in Congress saw the Philippine GDP drop to a 4-year low in May 2019.

On foreign policy: Aside from this, Malacañang claimed success in the pursuit of its “independent foreign policy,” citing the return of the historic Balangiga bells from the United States, the reshipment of trash back to Canada, and “improved ties” with countries such as Russia, China and those in Southeast Asia.

Weeks before the halfway mark, the Duterte administration was hit with one of its worst crisis as news of a Philippine boat sunk and abandoned by a Chinese vessel in the West Philippine Sea made headlines on Independence Day, June 12. Since then, Duterte has dismissed the near-death ordeal of 22 fishermen of fishing boat Gem-Ver as a “maritime incident” and welcomed a joint probe into the incident with China.

Panelo said Duterte has managed to do these while “giving his critics and detractors the free space to air their grievances.” (LISTEN: PODCAST: Duterte’s diagrams and his war vs critical media)

“Despite the political noise and virulent black propaganda against him and his family, initiated by his political enemies, he has not filed a single case against them,” he said. (READ: Duterte’s war on dissent)

Rights groups have hit the shrinking space for dissent with some 2,370 human rights defenders charged according to data compiled by rights group Karapatan.

According to Panelo, “The President’s record as the Philippines’ Chief Executive speaks for itself.”

He added: “Much has been done in the past 3 years. The Filipino people can expect the same number of significant achievements, if not more, in the remainder of the President’s term. Even as the majority of the Filipinos are in awe of PRRD’s (President Rodrigo Roa Duterte) accomplishments, the best is still to come.” – Rappler.com