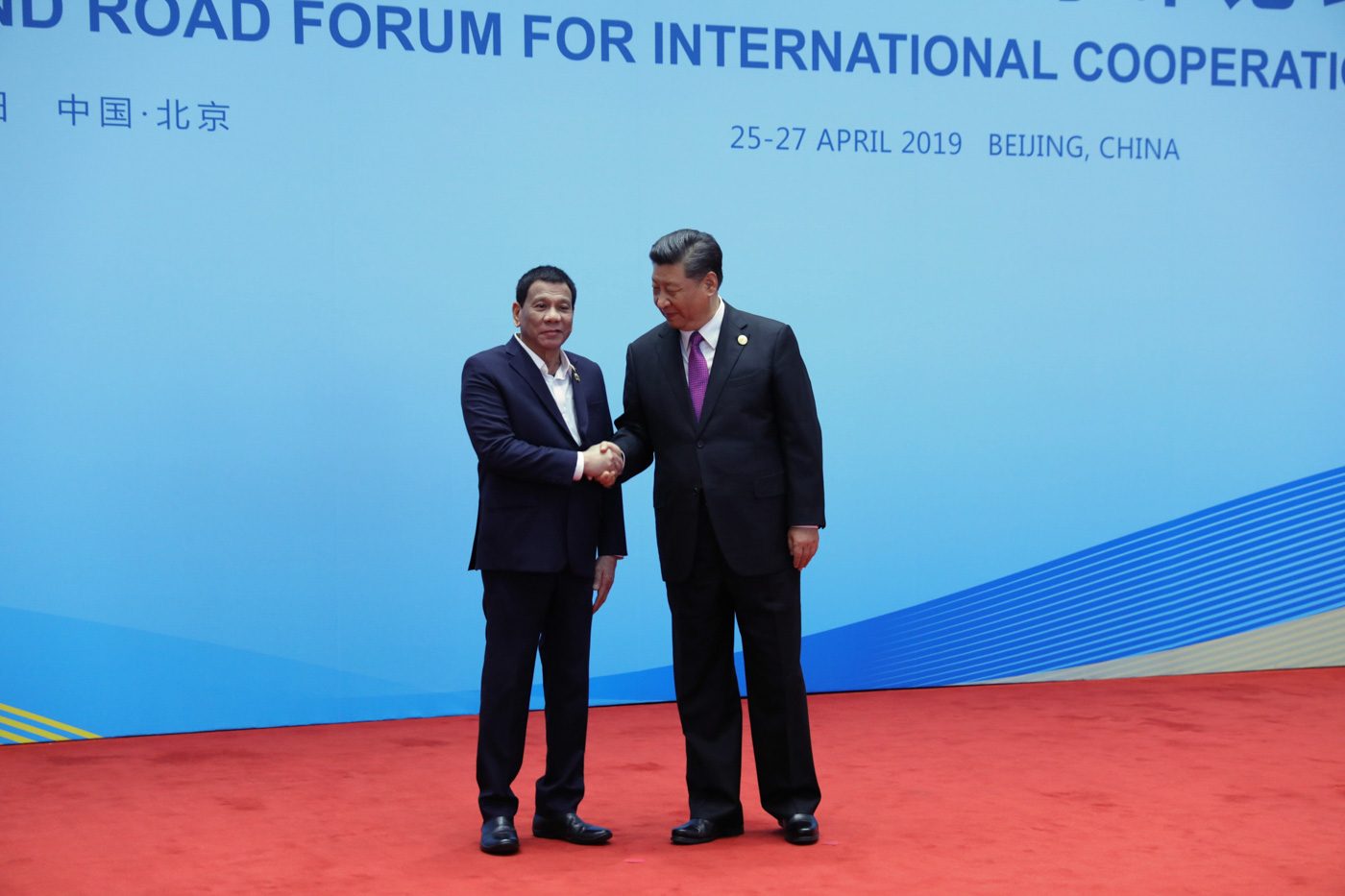 De Lima said in a statement that Duterte and Chinese President Xi Jinping’s 2016 agreement should have been the subject of an international treaty, because “it lays down new policy not established by legislation.”

De Lima said this 2016 agreement is unconstitutional. She said Duterte should leave Malacañang if he has no respect for the Constitution. (READ: Duterte says he can’t ban Chinese from fishing in PH waters)

This comes after Duterte said on Thursday, June 27, that he cannot ban the Chinese from fishing in the West Philippine Sea due to an agreement between him and Xi. He later hit back at critics who pointed out the unconstitutionality of this agreement, as he likened the Constitution to toilet paper. (READ: ‘Thoughtless, senseless’ to insist on mandate protecting PH waters – Duterte)

In her June 30 statement, De Lima added that the secrecy of the agreement calls into question the President’s trustworthiness.

“What is worse is that if Duterte has managed to enter into a secret deal with China that, like the Treaty of Paris, has sold our nation like a sack of potatoes, this time to the Chinese, what other secret deals, executive agreements, or international treaties has he concluded with China behind our backs and without the knowledge of the Senate and the sovereign Filipino people?” she asked.

De Lima questioned whether the President’s deals with China include the Chinese nationals working and living in the Philippines for personal financial gain. “Do these include Chinese material aid and promise to prop up Duterte’s chosen successor as the next Chinese puppet?” she asked.

Duterte’s deal with the Chinese makes him a traitor to our country, said De Lima. “Every time Duterte kisses the Philippine flag, he secretly spits on it, to hide the contempt he has for this nation.”

De Lima, a fierce critic of Duterte, was detained in 2017 for her alleged involvement in the illegal drug trade. – Rappler.com