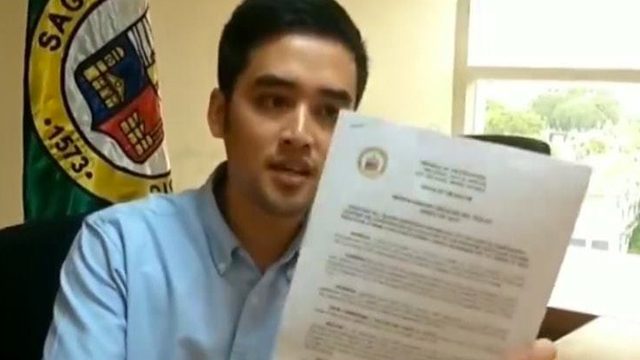 The order “includes the SUSPENSION of the disjointed and unjust ODD EVEN SCHEME,” Sotto, on his first full day in office, said in a Facebook post.

The memorandum circular was his first order a chief executive, after defeating the nearly-30-year-old dynasty of the Eusebios.

“First Executive Order signed!!! The Traffic Management Task Force will review and propose new solutions for the current mobility and traffic situation. We will make decisions based on the data and numbers. They have 45 days,” Sotto said.

The odd-even traffic scheme has been in place in Pasig since 2016, when Bobby Eusebio was mayor. It has caused confusion, as well as frustration, among motorists, who had to contend with Pasig’s rules separate from the coding scheme implemented by the Metropolitan Manila Development Authority in other parts of the capital region.

While the Traffic Management Task Force is doing is assessment of the Revised 2016 Traffic and Parking Management Code of Pasig City, the odd-even scheme is suspended “indefinitely,” according to Sotto’s Memorandum Circular No. PCG-01. The suspension to “take effect immediately.”

The memorandum says the suspension covers “all roads” in Pasig. – Miriam Grace A. Go/Rappler.com