Jul 2, 2019 10:40 AM PHT
Pia Ranada
Facebook Twitter Copy URL
Copied
President Rodrigo Duterte told Cabinet officials that the Recto Bank incident will be discussed in the next round of bilateral meetings with China, says Malacañang 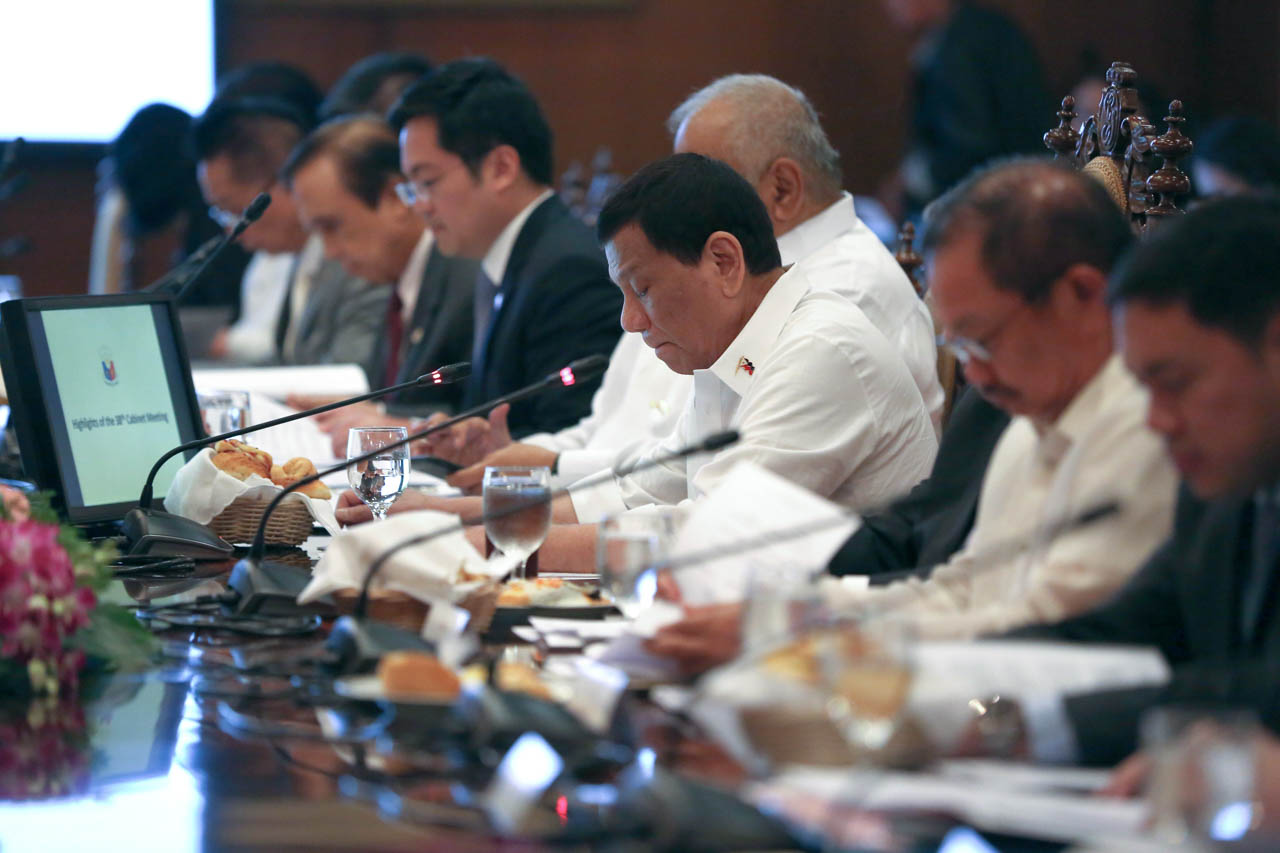 MANILA, Philippines – President Rodrigo Duterte wants China to assure the Philippines that it will guarantee the rights and safety of Filipino fishermen in the West Philippine Sea, Malacañang said on Tuesday, July 2.

Presidential Spokesman Salvador Panelo in a statement on Tuesday that the President made this statement during the 39th Cabinet meeting on Monday, July 1, where the Recto Bank incident was the final item discussed.

“The President wanted China’s assurance that the rights and safety of our fisherfolks are guaranteed,” Panelo said.

During the Cabinet meeting, Duterte also said he wanted the incident discussed in bilateral talks with China.

“PRRD (President Rodrigo Roa Duterte) told the Cabinet that the incident be discussed during the bilateral meetings with China,” said Panelo.

Since 2017, the Philippines and China have engaged in bilateral negotiations on their maritime dispute, formally termed the “bilateral consultation mechanism.”

Panelo said he would be issuing a longer statement on Recto Bank later on Tuesday.

Duterte drew criticism for his dismissive statements on the Recto Bank incident, where the lives of 22 fishermen were put at risk after a Chinese vessel sank their boat, then abandoned them.  His  first message to the 22 Filipino fishermen was: “Well, I’m sorry. That’s how it is.”

Critics had also slammed Duterte for accepting China’s suggestion of a joint probe, which some have said would weaken the position of the Philippine government.

Duterte had suggested involving a “neutral” third party to the probe but China rejected it. – Rappler.com