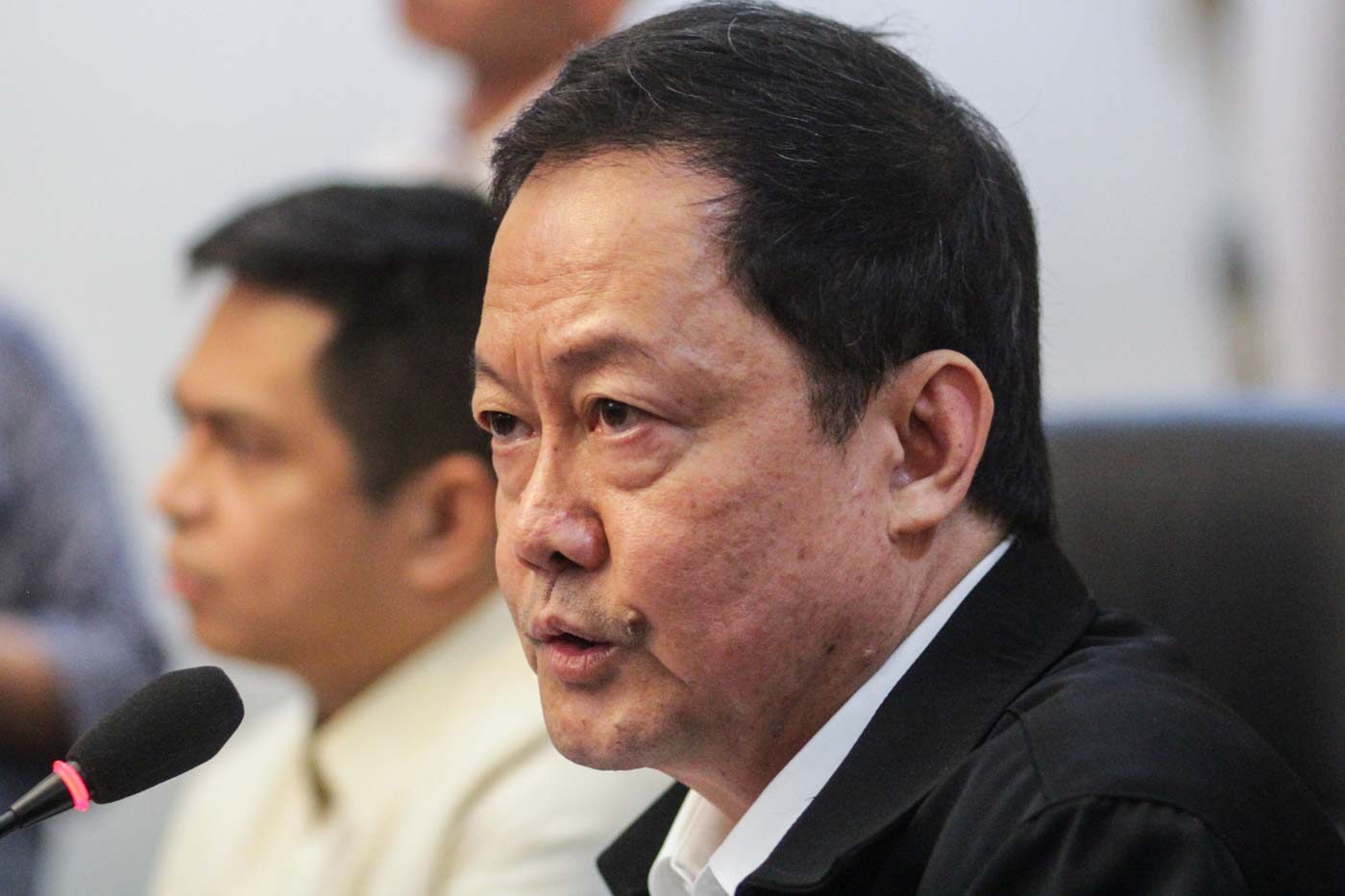 MANILA, Philippines – Continue to collect or solicit and be arrested even without a warrant.

This was the threat of Justice Secretary Menardo Guevarra on Tuesday, July 2, to  Kapa-Community Ministry International officials or agents who will be caught collecting or soliciting from members.

No charge has been filed against Kapa officers in any court, therefore there is no warrant of arrest issued against any of them.

The Securities and Exchange Commission (SEC) filed on June 18, criminal complaints for violations of the Securities Regulation Code (SRC) against founder Pastor Joel Apolinario and 7 others.

“Because there’s a complaint by the SEC and there’s an alleged violation of the law, so if they continue to do so, until now, so thats a continuing offense, you don’t need an arrest warrant for that,” Guevarra said in a press conference on Tuesday.

The Department of Justice (DOJ) secured on Monday precautionary hold departure orders (HDOs) against Apolinario and the other board members to prohibit them from leaving the country. While HDOs are typically given by the court once a charge has been filed, a new rule from the Supreme Court allows prosecutors to seek precautionary HDOs if they see the need.

Guevarra said that once an agent is caught soliciting or collecting, he or she can be arrested without a warrant even though the SEC complaint was only filed against 8 officers.

“Whether or not you’re already a respondent in the present case, you may get arrested because the SEC has declared this to be an unlawful act… so if you’re somebody who’s part of the scheme, you’re the one solicitng, or collecting, then you’re part  of the scheme so you may be held to answer for your participation,” Guevarra said.

The Court of Appeals has frozen asstes of Kapa but members continue to stand by the group and their leader, Apolinario.

The DOJ has brought new life to the usual rule on warrantless arrests.

Recently, the DOJ upheld the warrantless arrests of ‘Bikoy’ video sharer Rodel Jayme who was being investigated initially for cyber libel then eventually charged for inciting to sedition, and Wellmed Dialysis owner Dr Bryan Sy for estafa and falsification of documents.

Pressed for a clear standard on when warrantless arrests may apply, Guevarra said they would treat it per case, even saying that it might not apply to cases of estafa even though it did in the Wellmed case.

Asked whether persons facing complaints of cyber libel can be arrested without a warrant because it’s supposedly a continuing crime, Guevarra said yes.

(If the article has not been pulled out yet, it can be a continuing crime.) – Rappler.com