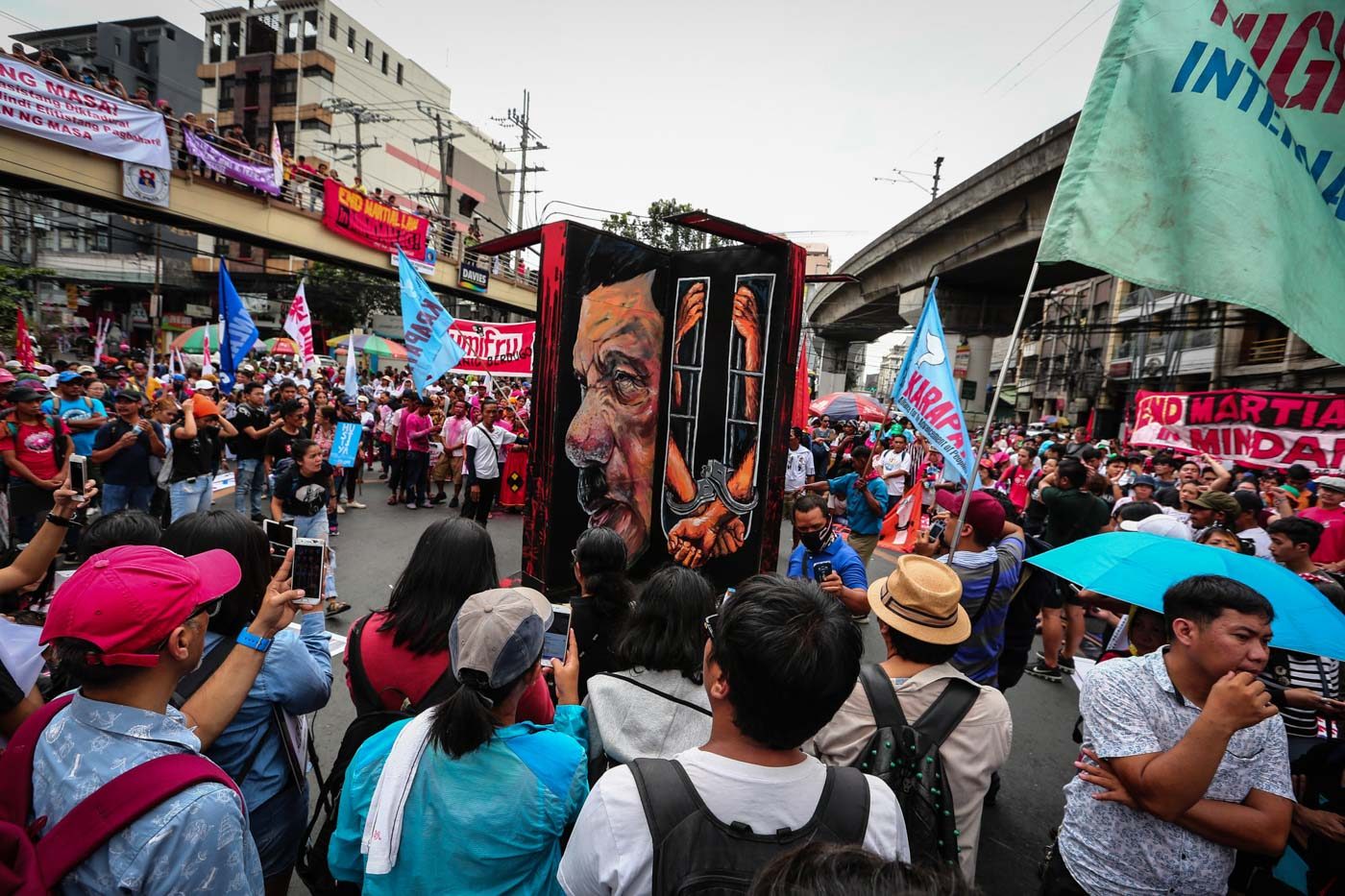 MANILA, Philippines – As human rights advocates accused the Duterte government of intimidation and harassment, opposition Senator Leila de Lima refiled a bill seeking to ensure their safety and unhampered pursuit of their advocacy.

De Lima cited the recommendations of a United Nations report on the sorry state of human rights defenders in the country which, she said, were “merely noted” by the government.

“The Philippine government merely noted but did not commit to support the recommendations of the said report. What is even disturbing is that President Rodrigo Duterte himself publicly declared that he will order the shooting of human rights workers,” De Lima said in filing the bill.

“This version seeks to ascertain that the dynamic community of human rights workers in the Philippines remains free and protected and that the government policies will both support their work and ensure accountability for violations of their rights and freedoms,” she added.

SB 179 seeks to guarantee the following to human rights defenders:

Chapter 3 of the bill also lists down 15 obligations of the state and public authorities to human rights defenders:

If passed, an independent collegial body, to be called as the Human Rights Defenders Protection Committee, will be created to ensure that the law is being implemented. It will be an attached agency under the Commission on Human Rights for administrative and budgetary purposes.

The bill also seeks to put in prison violators of the proposed measure.

In the 17th Congress, De Lima’s bill was left pending at the committee level, while the House of Representatives approved it on third and final reading. (Things to know: the bill that seeks to protect human rights defenders)

Human rights group Karapatan reported that at least 134 have been killed since Duterte took office in June 2016.

De Lima revived the bill in the same week that the Court of Appeals denied the petition of human rights groups seeking a protection order from army harassment.

Karapatan, Gabriela, and the Rural Missionaries of the Philippines (RMP) had sought the court protection order after they were labeled by the Duterte government as fronts from the Communist Party of the Phiippines, which they denied.

On Thursday, Juy 4, the office of National Security Adviser Hermogenes Esperon Jr announced that he had sued the 3 human rights groups for perjury following their petition for a protection order against government harassment and intimidation.

De Lima, a former justice secretary and Commission on Human Rights chairperson, was arrested late February 2017 over what she and her allies called trumped-up drug charges, and has been detained since then as she faced trial.

The senator is one of the most outspoken critics of President Rodrigo Duterte and his bloody campaign against illegal drugs. (EXPLAINER: What is Leila de Lima being accused of?)  – Rappler.com