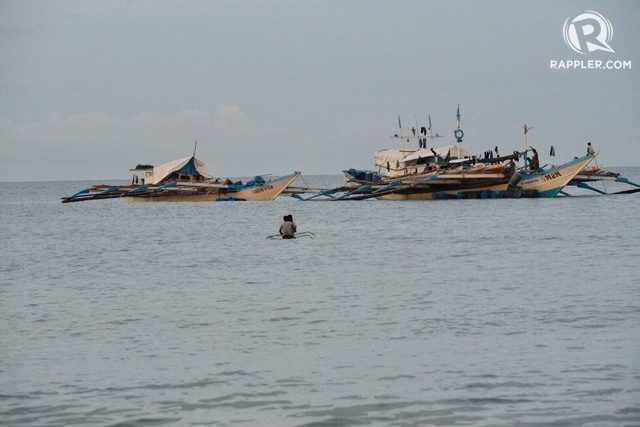 MANILA, Philippines – A fisherfolk group on Friday, July 5 vowed to file an impeachment case against President Rodrigo Duterte for allowing China to fish in the Exclusive Economic Zone (EEZ) in the West Philippine Sea.

(It came directly from him. He allowed Chinese fishermen to fish, according a verbal discussion with President Xi Jinping, for being friends. That should not be the case.)

The group believes that the President should have sought for the approval of Congress on the matter.

In a statement, Pamalakaya said that they “vow to protect what is rightfully ours whatever it takes.”

Presidential Spokesperson Salvador Panelo downplayed the impeachment talks, saying that Malacañang is “confident” that no complaint will prosper.

The West Philippine Sea issue grabbed headlines again after a Filipino fishing boat was sunk by a Chinese ship in Recto Bank (Reed Bank), a potentially oil-rich region in the country’s waters.

The Duterte administration has responded to the incident in tentative and confusing ways – ranging from slamming China over the incident, to being dismissive about it, to saying it can fish in Philippine waters, to proposing a third party to help investigate what happened.

But some senators believe that the verbal deal is nothing but words, as it is not part of national policy.

Foreign Secretary Teodoro Locsin Jr said that the supposed deal is not yet enforceable since it lacks the necessary terms and conditions.

According to the Constitution, only Filipinos may fish inside the country’s EEZ. – Rappler.com