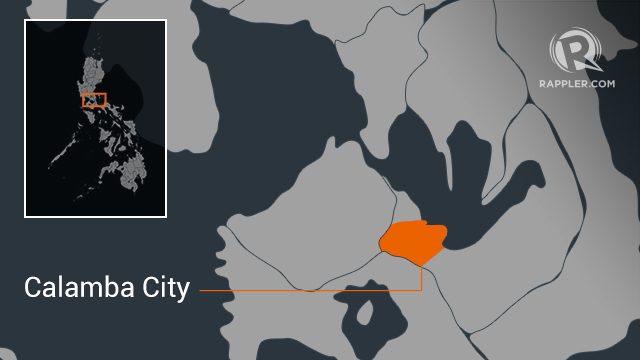 MANILA, Philippines – Police have arrested the suspect in the killing of Grade 7 student Mark Anthony Miranda in Calamba City.

Balderama was earlier identified as the suspect in the killing of Miranda, who was shot at the Castor Alviar National High School in Barangay Masili in Calamba on July 4.

Malinao said Balderama had been in hiding for 5 days in forested areas of Calamba and was spotted when he went out to look for food.

Malinao said Balderama was found in possession of a .38 caliber firearm with 4 more rounds and a kitchen knife. Balderama was a security guard at a construction site in the city.

Malinao said Balderama had yet to give a formal statement but the initial investigation showed that he shot Miranda out of jealousy. Malinao earlier said Balderama and Miranda had lived together for 3 months and that Miranda supposedly had a new partner, which police eyed as the motive for the attack.

Miranda had also filed a sexual abuse case against Balderama under Republic Act No. 7610 or the Special Protection of Children Against Abuse, Exploitation, and Discrimination Act.

Balderama faced charges of murder in relation to RA 7610,  illegal possession of firearms, and concealment of a deadly weapon. – Rappler.com