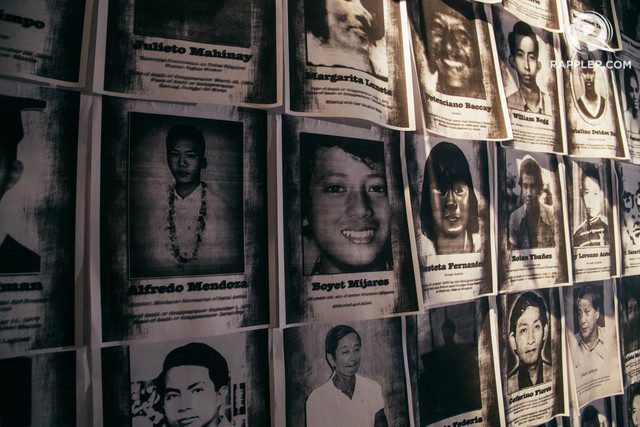 In a forum on Tuesday, July 9, Rosales defended the 30% fee or $4.125 million granted to Swift in line with a New York federal court decision green-lighting the distribution of $13.75 million to victims of military rule under the late dictator Ferdinand Marcos.

“I try to explain it in this way: Can we say that [Robert] started this whole thing in 1986?” she said, citing prior apprehension from other groups.

“Maybe after more than 3 decades, he deserves a little more because everything depends on him,” Rosales added.

In April 2019, New York Judge Katherine Failla found that there was “actual and apparent authority” to bind the Philippine government to the settlement.

The decision came after the Department of Justice, Office of the Solicitor General, and Presidential Commission on Good Government jointly decided in March 2019 not to enter into a settlement agreement as it was “disadvantageous to the government.”

According to Rosales, the work involves huge financial risks and entails expenses that can add up over many decades.

“If he’s not able to get a successful collection [out of the class suits], then all of his money are gone,” she said. “Nobody has done it the way he has done it.”

Since March, Swift and his team have been going around the country to personally distribute checks to at least 6,500 victims. Each victim is expected to receive $1,500 (P76,965).

They estimate to reach 16 areas with the help of Claimants 1081, an organization of Martial Law victims.

The New York award is separate from the money distributed by the now-defunct Human Rights Victims’ Claims Board (HRVCB), which was mandated “to receive, evaluate, process, and investigate” reparation claims.

About 11,103 claimants were granted and awarded monetary reparations out of the 75,730 people who applied during the HRVCB’s 4-year existence.