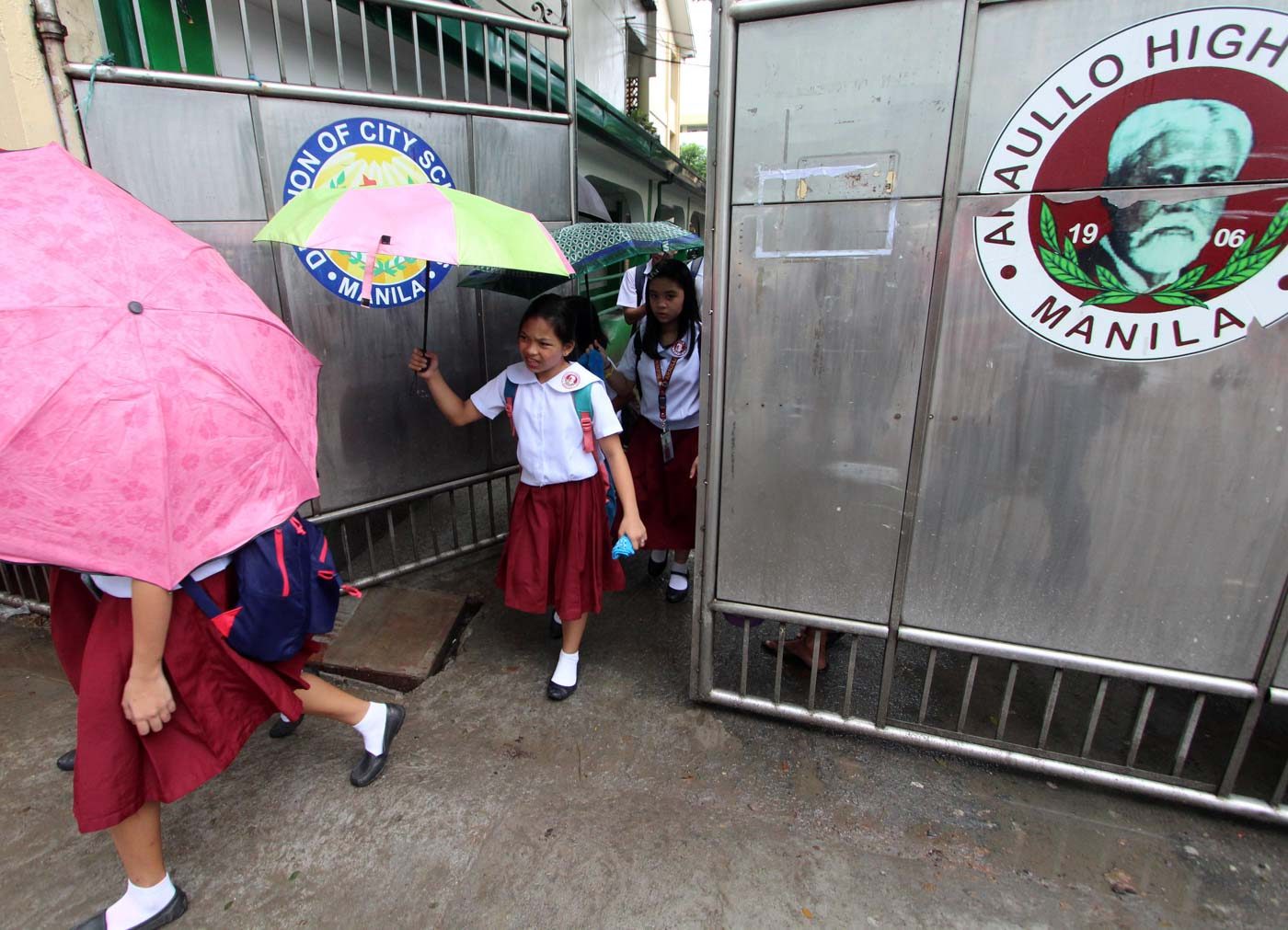 MANILA, Philippines – Manila Mayor Isko Moreno has asked the Division of City Schools to look into environmental practices and programs that can be implemented in public schools across the city.

On Tuesday, July 9 Moreno said he suggested schools install solar panels on roofs and look into engineering that would allow schools to catch rain water for use in comfort rooms and watering of plants, among others.

Moreno also wanted these practices to be observed in schools to teach children to care for the environment.

“Subconsciously, we are teaching our children inside educational institutions to care for the environment without saying it because if they are seeing these types of facilities – that it can be done and it’s not even rocket science – maybe later on if they are given an opportunity, they will do the same in their undertakings pag malaki na sila (when they are older.)”

Moreno said schools may tap the city’s special education fund as it looks for other sources of money.

Nutrition also priority: Aside from this, Moreno requested the school division to also look for funds to implement a nutrition program for students in kindergarten and grade 1.

The nutrition program is among Moreno’s campaign promises and is part of his “social amelioration program” that aims to give allowances and food to students and jobs to senior citizens.

Moreno said he eyed starting the nutrition program within 2019 or early 2020.