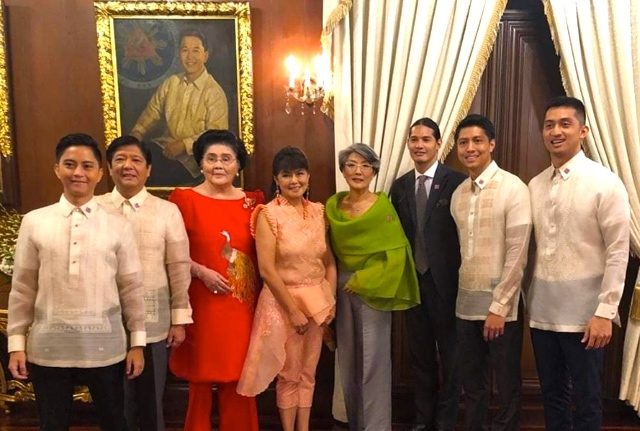 Facebook Twitter Copy URL
Copied
The missing paintings have 'a lot of value' that can be used to compensate victims of Martial Law, says human rights lawyer Robert Swift

MANILA, Philippines – American human rights lawyer Robert Swift urged the Philippine government not to give up on finding other ill-gotten wealth and properties obtained by the family of the late dictator Ferdinand Marcos.

In a forum in Quezon City on Tuesday, July 9, Swift discussed the paintings owned by former first lady Imelda Marcos which went missing in 1985.

“There are a lot of value in those,” he said, adding that the money can be used to compensate victims of Martial Law. “If I learned of the location of any of the paintings, I would file a suit within the day.”

Vilma Bautista, Imelda’s trusted aide, testified that she had no knowledge of the missing paintings despite being questioned for almost 5 days, according to Swift. But he doesn’t believe her, saying that “no doubt Imelda and her family knows where [the paintings are].”

“If I were the Presidential Commission on Good Government (PCGG), I would question them and any person who worked with the Marcoses,” he said.

In March 2016, former Central Bank of the Philippines governor Jaime Laya executed an affidavit before the Sandiganbayan stating that he had seen at least 4 of the more than 100 artworks that the government is trying to locate. (READ: Ex-Marcos official: ‘Missing paintings’ part of Imelda’s collection)

The missing paintings are part of the $5 billion to $10 billion in ill-gotten wealth amassed by the Marcos family from 1965 to 1986, according to the PCGG.

These are in addition to the thousands of human rights abuses committed during Martial Law, including about 70,000 people who were imprisoned, 34,000 tortured, and 3,240 killed. (READ: Martial Law, the dark chapter in Philippine history)

Swift is the lead counsel of victims who were recently awarded $13.75 million by a United States court after 3 decades of work. Since March, Swift’s team has been going around the Philippines to distribute checks worth $1,500 (P76,965) each to at least 6,500 victims.

The decision came after the Department of Justice, Office of the Solicitor General, and the PCGG in March 2019 released a joint decision stating that they will not enter into a settlement agreement as it was “disadvantageous to the government.”

The Marcos family has been enjoying good relations with President Rodrigo Duterte, who allowed the burial of the late dictator at the Libingan ng mga Bayani. (LOOK: Marcos family ‘reunion’ in Malacañang) – Rappler.com