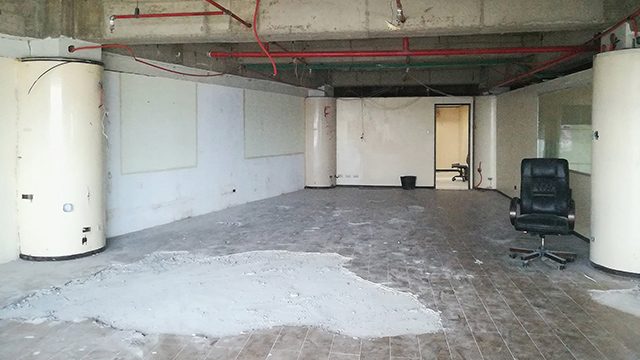 Facebook Twitter Copy URL
Copied
Amanda Virgil Ligutan, Osmeña’s legal counsel, says it was City Engineer Mejilito Cajes – a complainant in the case against Osmeña – who took the seal out of the mayor’s office on June 25

CEBU CITY, Philippines – Former Cebu City Mayor Tomas Osmeña’s lawyer said in a statement on Tuesday, July 9, it was not true the seal of the mayor’s office was among the items removed when the mayor left his office and had it stripped down.

Amando Virgil Ligutan, Osmeña’s legal counsel, told reporters on Tuesday it was City Engineer Mejilito Cajes – a complainant in the case against Osmeña – who took the seal out of the mayor’s office on June 25.

“Fortunately for the public, we have logbook entry,” Ligutan said, adding Cajes “clearly” lied in his affidavit to the Office of the Ombudsman.

“Where did the seal of the Office of the Mayor go?” asked Labella, who is currently staying in the vice mayor’s office, where he held his post before winning the last election.

The seal was also used during Labella’s inauguration, Ligutan said.

Cajes is a complainant in the case filed at the Ombudsman against Osmeña and more than 40 others.

“If the complainant lied in his statements, how can the Ombudsman believe him?,” said Ligutan.

The office was found stripped bare, down to the tiling on the floor, on June 28. (LOOK: Osmeña strips mayor’s office bare before stepping down)

In his defense, Osmeña said he spent P2 million of his own money to refurbish the office, when he assumed office in 2016, after he defeated Michael Rama.

The Department of Interior and Local Government said they would also probe Osmeña for possibly violating anti-graft and corrpution laws. – Rappler.com