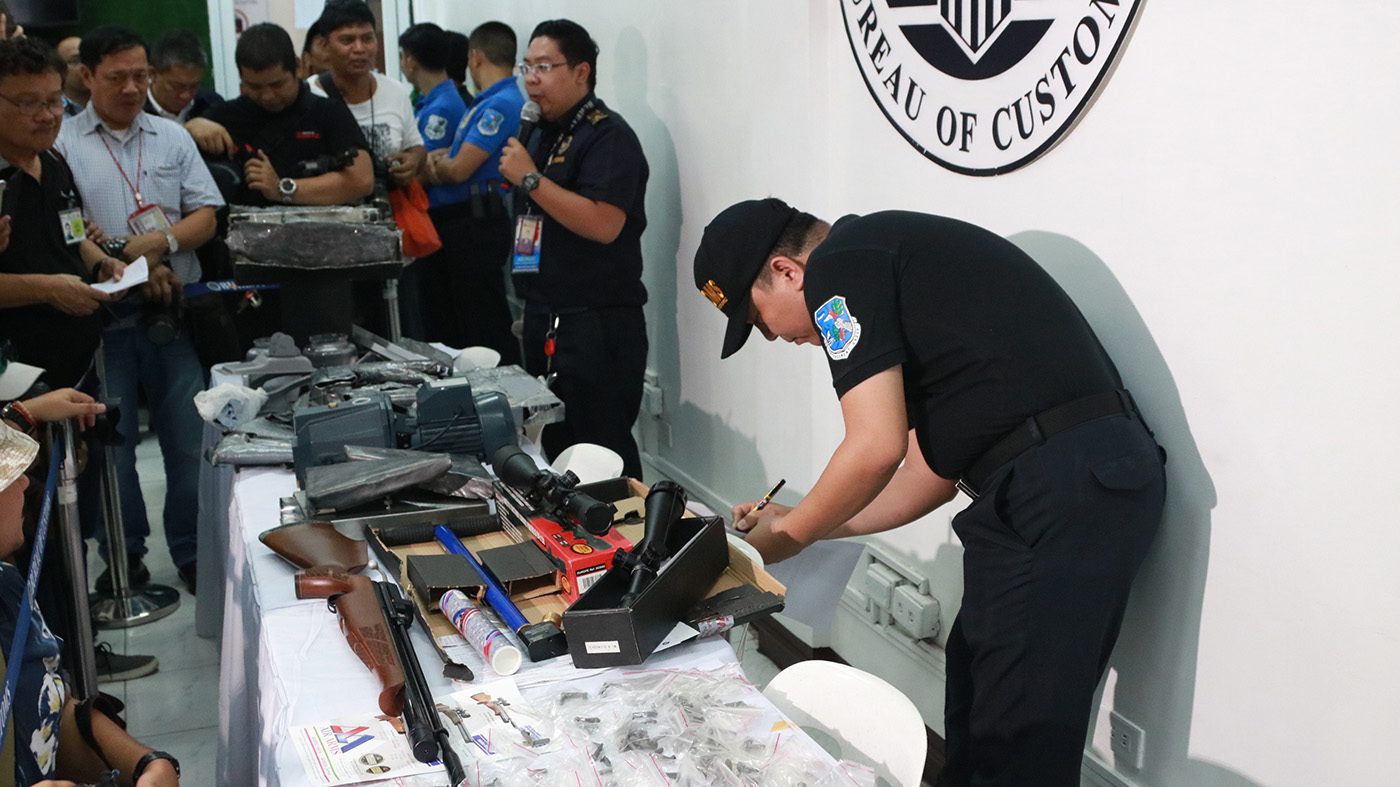 MANILA, Philippines – The Bureau of Customs in the Ninoy Aquino International Airport confiscated a cache of firearms which were abandoned in a DHL warehouse in Pasay City.

The rifle parts were illegally imported from Hong Kong and misdeclared as general merchandise. The pistol and pistol parts bound for Taiwan were wrongly labelled as “new water pump.”

The airgun rifle and accessories, as well as the gun parts arrived from China.

Last February, Customs hauled some P500 million worth of guns and ammunition bound for Taiwan also at the DHL warehouse.

The Customs Modernization and Tariff Act (R.A. No. 10863) and the Comprehensive Firearms and Ammunition Act (R.A. No. 10591), the import and export of guns, gun parts and ammunition without proper clearance from the government would be subject to seizure and forfeiture.

Aside from BOC, the July 2019 was coordinated with the Philippine National Police-Firearms and Explosive Office (PNP-FEO). – Rappler.com