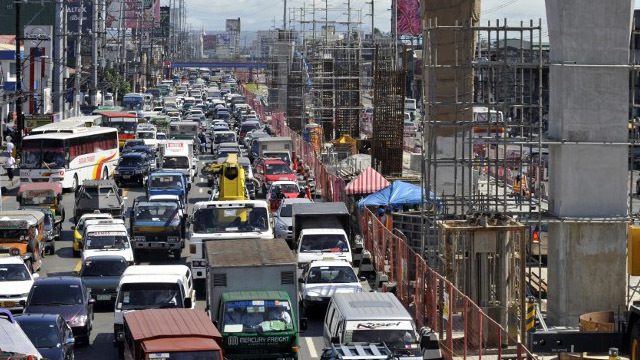 Facebook Twitter Copy URL
Copied
Manila Mayor Isko Moreno says President Rodrigo Duterte should be given a chance to solve traffic problems, but with safeguards in place if ever emergency powers are granted

Moreno shared his opinion on this after meeting with Transportation Secretary Arthur Tugade, who paid a courtesy call on the new mayor at the city hall on Thursday morning.

“There are some instances [when] even our law allows it. So why not?” Moreno told reporters in a press conference with Tugade.

The Manila mayor pointed out that the decision to grant emergency powers would ultimately depend on Congress.

(We need to give temporary powers and to balance one person’s power, the judiciary and legislature also balance it.)

Moreno said that if emergency powers are granted, there should also be safeguards to prevent abuse.

(Not blanket powers. Put the right safeguards in the provisions of the law so that if there are abuses, you can use those provisions…. But in my opinion, why don’t we give it a chance?)

Shortly after winning the presidency in 2016, Duterte said he was considering requesting emergency powers to solve the traffic crisis in Metro Manila.

Moreno said Duterte, having been voted by some 16 million people, has “all the mandate” to address traffic problems plaguing the capital region.

“‘Di ba (Isn’t it that) governance is about the people? Well, the people are happy with the leader, they have full trust…. If he is the leader for that particular matter, ask Congress, ‘Congress, I need this, to implement this’ because that is his vision,” Moreno said.

In the 17th Congress, the House of Representatives approved a bill seeking to grant Duterte emergency powers, but the Senate did not.

In a statement on Thursday, Senator Grace Poe said the Senate could not pass its version of the proposed bill during the previous Congress as the Department of Transportation failed to submit a specific list of projects and a traffic management plan that would counter the effects of infrastructure projects seen to worsen traffic. – Rappler.com