Ang Probinsyano congressman apologizes to waiter he tried to hit 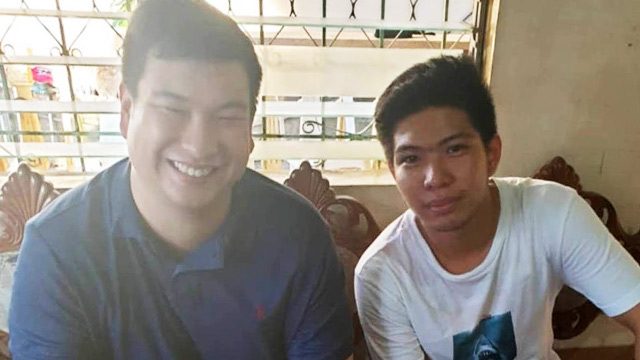 MANILA, Philippines – Newbie congressman and Ang Probinsyano Representative Alfred delos Santos has apologized to the waiter he tried to punch in a restaurant in Legazpi City, Albay.

The lawmaker visited the residence of 20-year-old Christian Kent Alejo to ask for an apology on Thursday, July 11, days after the altercation that was caught on CCTV. The footage of Delos Santos attempting to hit Alejo, a waiter at Bigg’s Diner, circulated online.

“I don’t have any excuse for what had happened. Regardless if I am a public servant or a private citizen, I should have not lost control of my emotions.I am not a bully or a troublemaker,” said Delos Santos, the son of a prominent local contractor here.

Alejo had reported the incident to Legazpi City police “for record and reference purposes,” but according to the blotter, the waiter was not pressing charges against the congressman.

In the blotter, Alejo claimed that Delos Santos “punched him without any apparent reason.”

“Luckily he avoided the said punch,” the blotter read.

“I am sorry not only to Mr. Christian Kent Alejo and his family but also to the people who voted for Ang Probinsyano. I am also sorry to my Ang Probinsyano family and to my peers in Congress for dragging you into this controversy. I know you are all disappointed, and I humbly accept whatever decision that you make in relation to my nomination in the partylist. I have already reached out to Mr. Alejo and his family this afternoon and personally extended my apology,” the congressman said.

His party earlier issued a statement, saying they would investigate him. “Definitely we will not tolerate any kind of abuse in our party. We will not hesitate to suspend or even remove Congressman Delos Santos if we establish that this was an unprovoked attack,” said party spokesman lawyer Joco Sabio.

Ang Probinsyano, a new party-list group, won two seats in the House of Representatives after placing 5th in the May elections.

The party banked on the popularity of the long-running TV series of the same name. It was endorsed by Ang Probinsyano stars Coco Martin and Yassi Pressman who were featured in the group’s campaign posters. Martin also joined its campaign rallies and motorcades. – Rappler.com