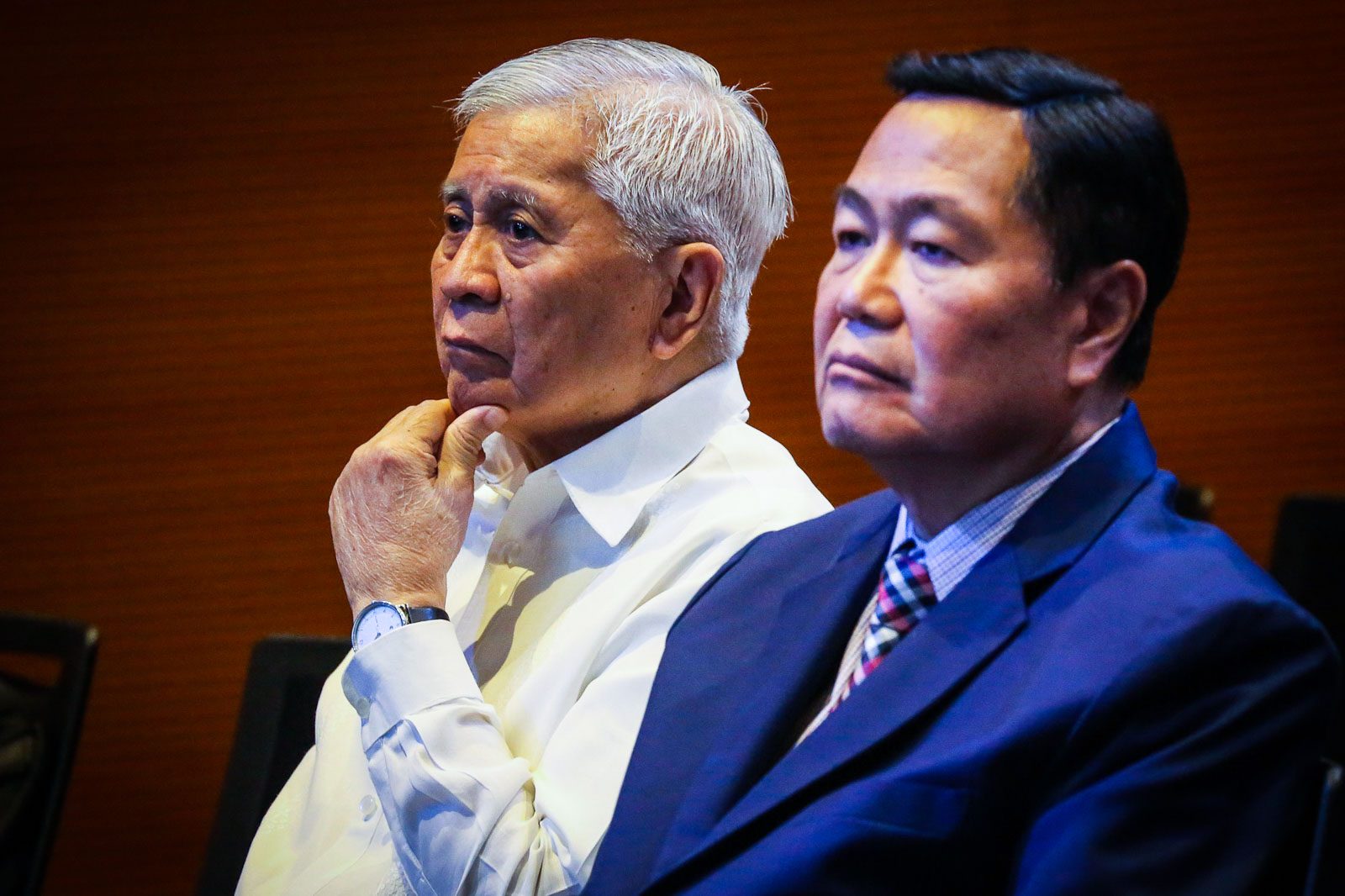 Carpio said this will leave Manila “finally bound” to a lopsided fishing deal with Beijing.

“The moment he makes that statement in the SONA, it is a final confirmation that that verbal agreement is now a legal agreement binding on the Philippines and China,” Carpio said on Friday, July 12, at the ADR Stratbase forum held on the 3rd anniversary of the Hague ruling.

“We are terribly at the losing end of that agreement because we are opening the entire West Philippine Sea to China’s fishing fleet….It’s just lopsided,” he added.

Duterte earlier said he might use his 4th SONA to “educate” Filipinos about why his recent remarks on allowing Chinese fishermen to fish in Philippine waters is not a violation of the 1987 Constitution. ([ANALYSIS] Duterte’s weak grasp of the maritime case on South China Sea)

“By any stretch of imaginaton, hindi unconstitutional ‘yung ginawa ko (what I did was not unconstitutional). As a matter of fact, it was in keeping with the law,” Duterte said.

The Constitution, however, is clear about its duty to protect the exclusive economic zone for Filipinos as it states marine resources in Philippine waters are for the “use and enjoyment exclusively to Filipino citizens.” (READ: Carpio hits Duterte: Defending PH EEZ not ‘thoughtless, senseless’)

At a losing end

If Duterte insists on using the SONA to “educate” Filipinos and defends his supposed verbal deal, Carpio said the Philippines would be legally bound to it under international law because the President is deemed to have the authority to enter into a deal for fisheries. (READ: Duterte vs fishermen: Is the Philippines lawyering for China?)

Meanwhile, Carpio said if a case against Duterte were to be brought to the High Court, the SC would follow the Constitution, which states that the President does not have the power to concede the sovereign rights of the Philippines.

Either way, Carpio said that the reality remains: whether or not a case against a verbal deal will be brought to an international or domestic court, China will continue its expansive claims up to the West Philippine Sea. (READ: Talk to China or go to war? ‘False option,’ Carpio says)

Three years after the Philippines’ victory at the Hague, Carpio hit the Duterte administration for doing “absolutely nothing” to enforce the award. – Rappler.com