Cayetano to PDP-Laban bloc: Join me in ‘very exciting journey’ 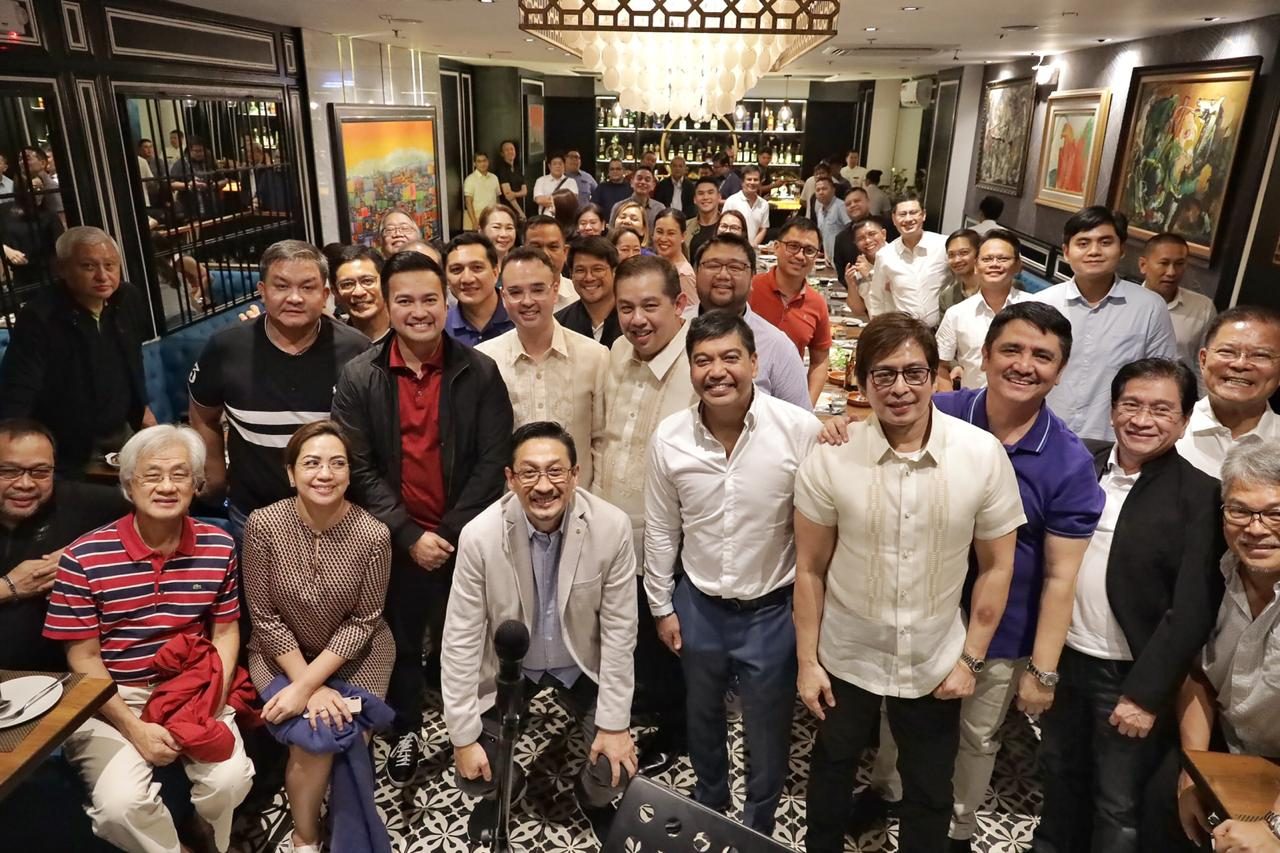 Facebook Twitter Copy URL
Copied
'I hope you stay beside me and not behind me. We will do this together,' Taguig-Pateros Representative Alan Peter Cayetano tells the lawmakers

MANILA, Philippines – Taguig City-Pateros Representative Alan Peter Cayetano appealed to around 90 lawmakers of the ruling Partido Demokratiko Pilipino-Lakas ng Bayan (PDP-Laban) to “join forces” with him under the 18th Congress.

On Thursday evening, July 11, the President Rodrigo Duterte’s choice for speaker met with several PDP-Laban legislators, including Marinduque Representative Lord Allan Velasco, who would take over the speakership after 15 months under a term-sharing scheme endorsed by the President.

“I will ask you to help me in the same way that you help your constituents. Hindi po sapat na bumoto kayo para sa akin sa July 22, 2019. Sana po samahan ‘nyo ako in the next 15 months. Let’s make it a very  exciting journey,” Cayetano told the PDP-Laban bloc who met him at Cafe Luna in Taguig City.

(I will ask you to help me in the same way that you help your constituents. It’s not enough that you vote for me on July 22, 2019. Join me in the next 15 months. Let’s make it a very exciting journey.)

“I hope you stay beside me and not behind me. We will do this together,” he added.

He promised the lawmakers allied with Velasco, as well as supporters of Leyte 1st District Representative Martin Romualdez who was also at the meeting, that he would talk to the two “to join our forces.”

Under the term-sharing agreement brokered by Duterte, Cayetano will be speaker for the first 15 months, Velasco will take over for the remaining 21 months, while Romualdez will be majority leader.

Cayetano’s meeting with the PDP-Laban bloc was cordial, with the lawmakers clapping their hands for him several times. A rumor circulated that day that Cayetano’s speakership bid was not guaranteed despite the President’s endorsement, but Duterte himself debunked the rumor.

Cayetano also denied that certain Cabinet members were “dictating on him.” Duterte’s former foreign secretary was reportedly being backed by several Cabinet members in the speakership race. Present during the meeting was Energy Secretary Alfonso Cusi, PDP-Laban vice chairman.

As lawmakers begin their negotiations on leadership positions in the House, Cayetano reiterated his appeal that only the speaker and the chairperson of the House committee on accounts be changed when Velasco takes over, “so that we’ll not disrupt all the committees.”

“So if we can do that together, we will have shown the world that 304 kingpins in their districts can sacrifice their own interest or the greatest interest of the country,” added the congressman, referring to the total number of district and party-list lawmakers in the 18th Congress. – Rappler.com