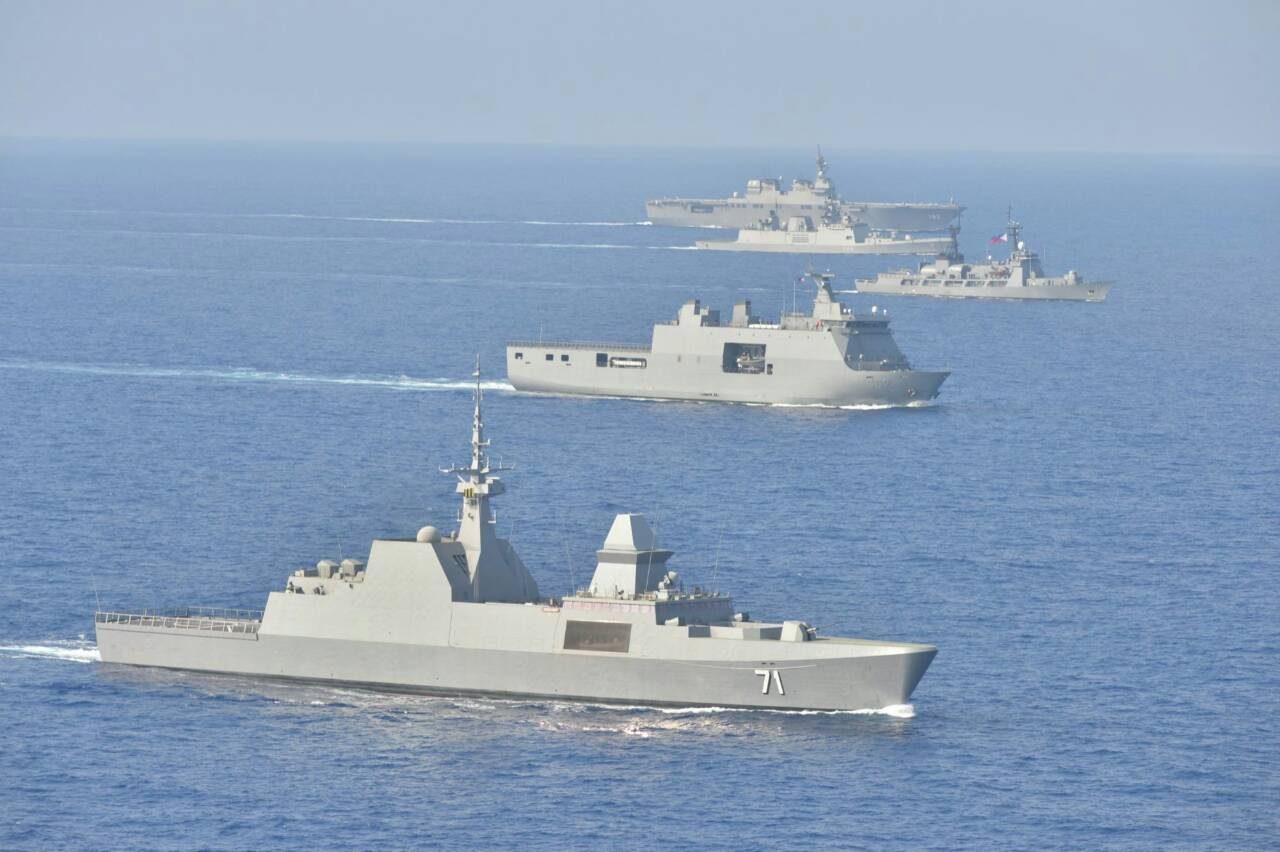 MANILA, Philippines – There is a way for the Philippines to enforce the arbitral award of its sovereign rights in the West Philippine Sea, and that is to join foreign navies in patrolling the country’s exclusive economic zone (EEZ), Supreme Court Senior Associate Justice Antonio Carpio said on Friday, July 12.

“All that the Philippines has to do is to send the Philippine Navy on joint patrol with the US Navy and with the other naval powers of the world when they conduct FONOPs in the West Philippine Sea,” Carpio told a forum marking the 3rd anniversary of the landmark decision on the maritime dispute between the Philippines and China.

FONOPs, or “freedom of navigation and overflight operations” are the “most robust enforcement” of the arbitral award, the country’s most senior High Court judge added.

Carpio, who helped build the country’s arbitration case, lamented that the Duterte administration has “done absolutely nothing” to enforce the legal victory that invalidated China’s sweeping claim over the South China Sea, including the Philippines’ EEZ that Filipinos refer to as the West Philippine Sea.

Last May, the Philippine Navy patrol vessel BRP Andres Bonifacio joined naval ships from the US, India, and Japan in a FONOP in the South China Sea, sailing from South Korea to Singapore.

This was more an exception than the rule, as the Duterte administration tends to distance itself from activities that might provoke an adverse reaction from Beijing.

Meanwhile, the Philippines participated in joint military exercises led by China in November 2018.

President Rodrigo Duterte has chosen not to insist that China abide by the ruling. Instead, he fostered closer ties with Beijing and evaded checking its incursions into Philippine waters for fear that it might lead to war.

Duterte has repeatedly said the Philippines is no match for China’s military might, and that leaves him unable to assert the ruling of an international arbitral tribunal.

The award also affirmed freedom of navigation and overflight in the South China Sea, including the West Philippine Sea, which means ships from any country may pass through the vast waterway without fishing or harvesting any of its resources.

China rejected the ruling and now wields de facto control over much of the strategic and resource-rich waters, which it claims almost entirely for itself.

As the Philippines backed off asserting its legal victory, other countries have challenged China’s position.

In the last 3 years, the US, UK, France, Australia, India, Japan, and Canada have sent their navies to the South China Sea, citing their right to freedom of navigation and overflight in the area.

“The FONOPs are a peaceful and lawful exercise of the rights of the navies of coastal states. When these naval powers conduct FONOPs…they assert that there is an exclusive economic zone in the West Philippine Sea,” said Carpio.

Early into his presidency, Duterte ruled out joint naval patrols with other countries and scaled down the yearly Balikatan military exercises with the US, the Philippines’ only treaty ally.

It was a bid to appease China and ease tensions in the West Philippine Sea.

China, for its part, continued militarizing its artificial islands in the Kalayaan Island Group and installed anti-ship ballistic missile facilities on some of them.

Chinese ships and boats have increasingly swarmed Filipino outposts and fishing grounds in the West Philippine Sea, causing concern that they act as maritime militias for Beijing.

Chinese coast guards and fishermen have repeatedly harassed Filipinos in the West Philippine Sea, as in the case of the Gem-Ver fishing crew at Recto Bank last month.

The US has since increased its naval presence in the South China Sea, sending several aircraft carrier strike groups and destroyers in succession and making friendly port calls to its allies, including the Philippines.

Visiting Manila in March this year, US Secretary of State Mike Pompeo said any armed attack on Philippine forces, aircraft, or vessels in the South China Sea would trigger the 1951 Mutual Defense Treaty, and US forces would then come to the Philippines’ aid.

“The claim that enforcing the arbitral award means going to war with China, a war that the Philippines would surely lose, is an utterly false claim,” Carpio said.

“Thus, it is obvious that the only purpose of raising the specter of war is to scare the Filipino people to submit to China,” he added.

Rappler has sought comment from the Philippine Navy, the Armed Forces of the Philippines and the Department of National Defense on Carpio’s statement. They have yet to respond to our queries as of posting time. – Rappler.com