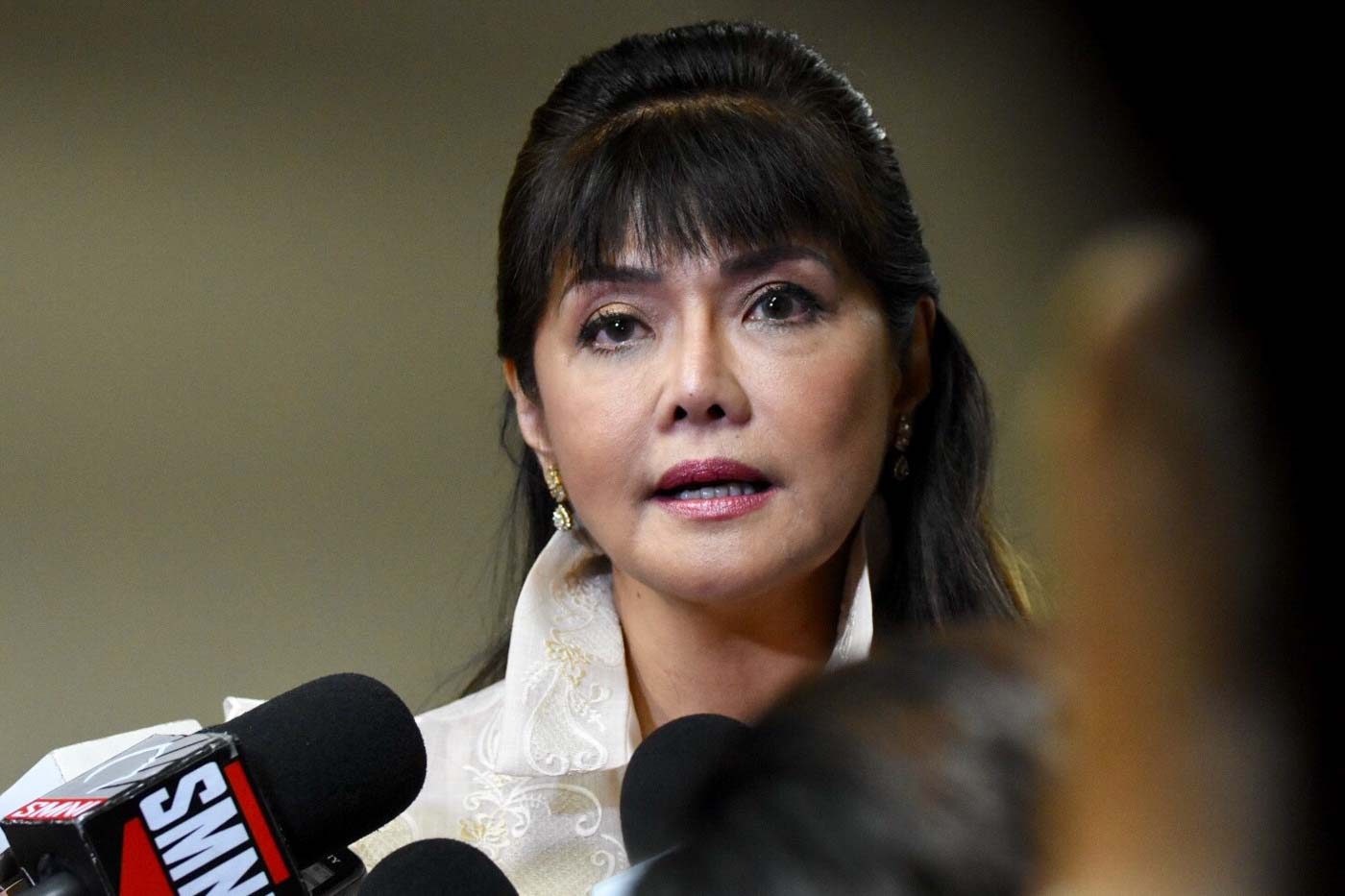 MANILA, Philippines – Joining the hostile reactions towards the Iceland-led resolution for the United Nations to review the drug war killings in the Philippines is Senator Imee Marcos who said the Philippines must cut diplomatic ties with Iceland as soon as possible.

Marcos said she is “urging the government to cut diplomatic ties with Iceland ASAP,” in a statement on Saturday, July 13.

“A strong statement is in order that the values and political agenda of other countries, many of them developed countries like Iceland, cannot be imposed on an independent country like the Philippines,” Marcos said.

Foreign Secretary Teddyboy Locsin Jr has earlier threatened Iceland and those who voted for the resolution of “far-reaching consequences.”

Iceland gathered 17 other votes to form a majority that compels the United Nations Human Rights Council (UNHRC) to come up with a comprehensive report on the human rights situation in the Philippines. The making of the report will entail sending UN missions in the country or to neighboring countries to review.

Out of 47 member countries, 18 voted to adopt the resolution, 14 voted against it, and 15 abstained.

Marcos turned the tables on developed countries which allows abortions, or which allows conditions that make abortion legal.

“They point a finger at the Philippines for alleged human rights violations, yet they justify the killing of defenseless, unborn children,” Marcos said.

In the face of up to 20,000 killings, thousands of which are left to go unsolved by President Rodrigo Duterte’s government, Marcos insisted the rule of law still prevails in the country.

“Other countries cannot presume to know better how we should enforce our own drug laws,” Marcos said.

She added: “Due process may seem slow in investigating alleged human rights violations, but the rule of law prevails and has not been set aside.”

Marcos is the daughter of the deposed dictator Ferdinand Marcos, whose martial rule in the Philippines imprisoned 70,000 people, tortured 34,000, and killed 3,240 according to estimates from Amnesty International. (READ: Martial Law, the dark chapter in Philippine history)

Malacañang has condemned the resolution, with President Rodrigo Duterte Duterte lashing out at Iceland by saying its only problem is ice. – Rappler.com