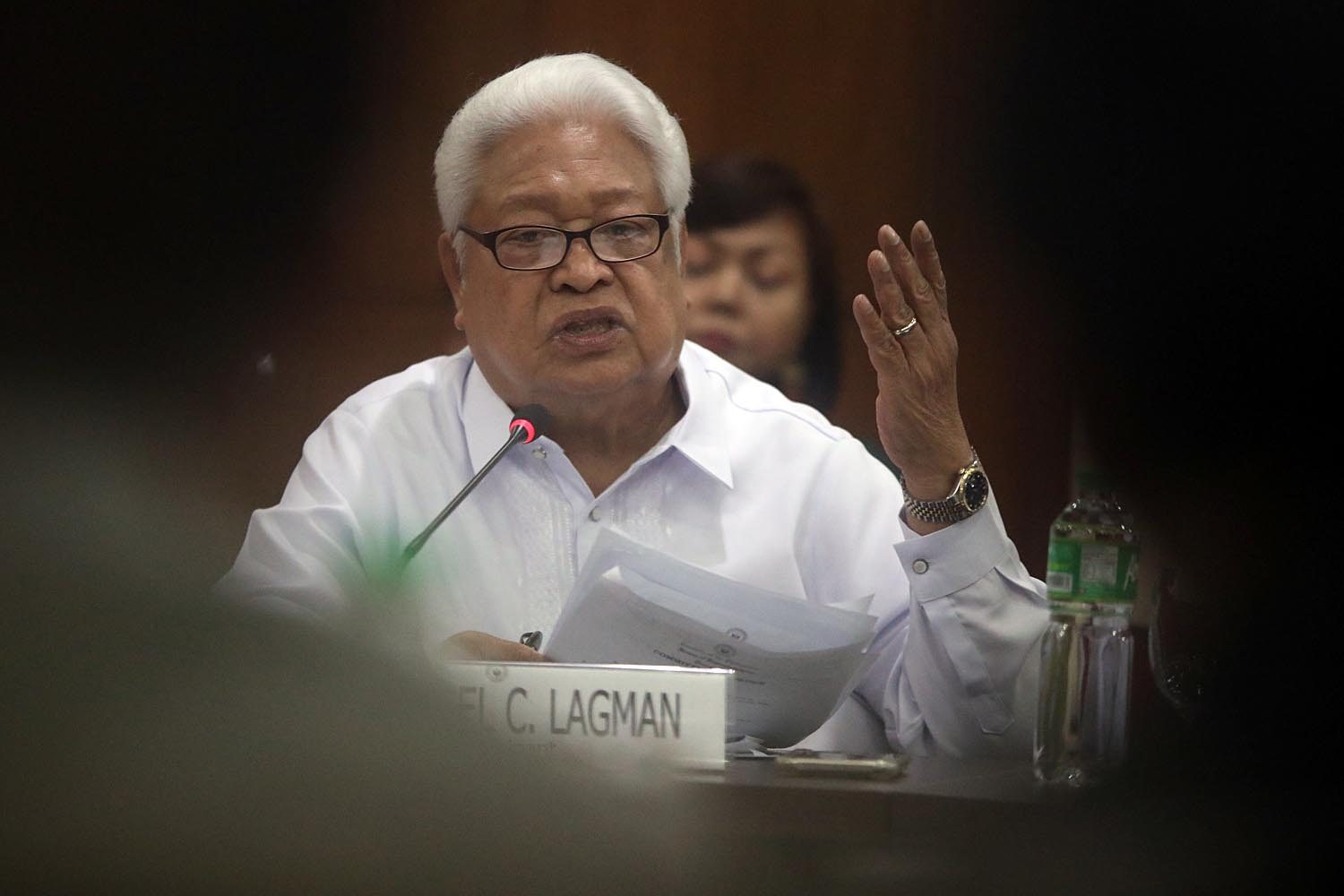 On Monday, July 15, Lagman pointed out that while Cayetano promises to institute reforms in the House under the 18th Congress, he has “never” mentioned “respecting the emergence of an authentic minority leader.” (READ: Cayetano to PDP-Laban bloc: Join me in ‘very exciting journey’)

“On the contrary, one of his leading lieutenants has unabashedly and categorically said that a particular representative who belongs to the opposition is not welcome as minority leader,” said Lagman, who refused to give further details about the Cayetano ally he was referring to.

“This selective and discriminatory stance augurs the anointment by the supermajority of the next minority leader, a practice reminiscent of the 17th Congress where the leader of the so-called opposition was twice handpicked by the House leadership,” added Lagman.

Cayetano is currently negotiating with lawmakers regarding leadership positions in the House after he secured the endorsement of President Rodrigo Duterte for the speakership. Duterte said Cayetano will be sharing the top post with Marinduque Representative Lord Allan Velasco, with Cayetano’s term to come first.

Lagman himself said he is open to becoming the minority leader, if only to stop the formation of a “company union” in the House.

“The rejection of a possible minority leader and the accommodation of a favored one is installing a ‘company union’ in disguise,” said Lagman.

“If the House leadership and supermajority will not install their handpicked minority leader, then I will be available to represent the authentic and responsible opposition,” he added.

But the odds will be against Lagman, a stalwart of the once-ruling Liberal Party (LP). This is because other legislators who are reportedly vying for the minority leadership are mostly allied with Duterte.

They include Capiz 2nd District Representative Fredenil Castro, who served as majority leader under the 17th Congress. Castro is part of the National Unity Party, where a majority of members once belonged to the Lakas-Christian Muslim Democrats of Duterte ally and former president Gloria Macapagal Arroyo.

Then there is San Juan City Representative Ronaldo Zamora, a veteran congressman who served as minority leader in the 14th Congress. Zamora is party mates with Duterte in the Partido Demokratiko Pilipino-Lakas ng Bayan.

Bayan Muna Representative Carlos Zarate of the progressive Makabayan bloc may also be eyeing the minority leadership should he lose his speakership bid on July 22, when the 18th Congress opens session.

LP legislators already said they are open to joining the majority bloc, which they earlier did at the start of Duterte’s presidency in 2016. The LP lawmakers, however, later left the majority when Davao del Norte 1st District Representative Pantaleon Alvarez was unseated as speaker and replaced by Arroyo in July 2018. – Rappler.com