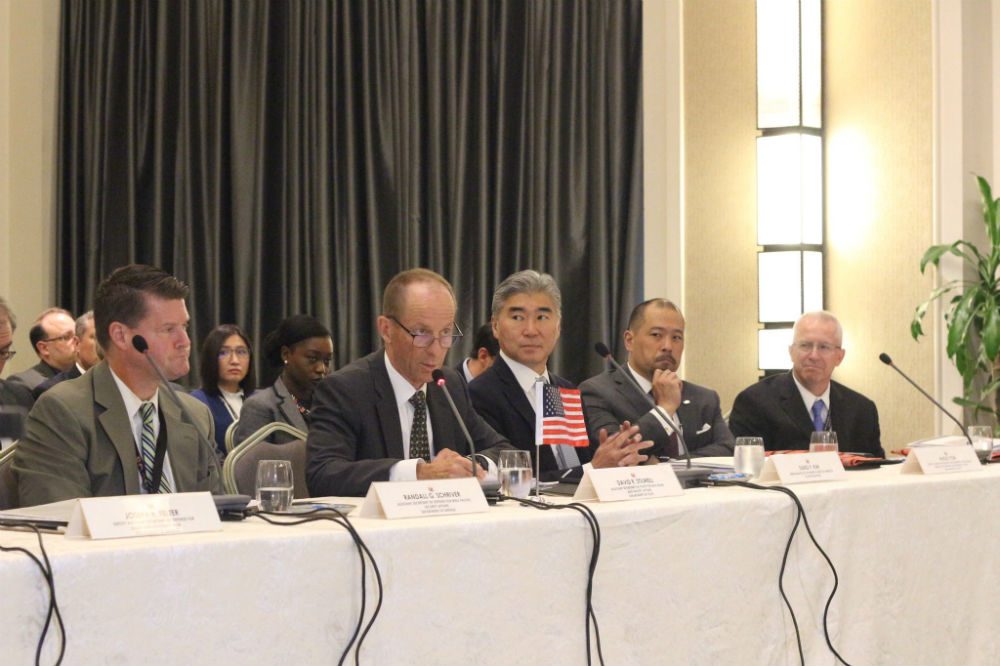 MANILA, Philippines – As the Philippine government reviews its ties with the United States following tirades from President Rodrigo Duterte, top officials from the US State Department arrived in Manila for high-level talks with Philippine officials.

They discussed issues pertaining to defense, economics, rule of law, and regional diplomacy on Monday, July 15.

The talks are part of the 8th Philippines-US Bilateral Strategic Dialogue (BSD) between Washington and Manila, scheduled to take place from Monday to Tuesday, July 16.

Annual dialogue: According to the Philippine Department of Foreign Affairs (DFA), the 8th BSD will focus on counter-terrorism, defense and security, economics, law enforcement, and criminal justice.

The BSDs take place yearly and are done to tackle the “full range” of political, security, and economic cooperation between the two countries.

The talks come after Philippine Defense Secretary Delfin Lorenzana earlier called for a review of the 1951 Mutual Defense Treaty (MDT) between the long-allied countries. At the time, Lorenzana said he saw it fit to review the MDT because of its “vagueness.”

Lorenzana earlier said the fast-evolving security environment was “so vastly different and much more complex than the bipolar security construct of the era when the MDT was written.” Thus, a review of the treaty was needed, he said, “to make it stronger.” (READ: Despite new friends, Philippines sticks it out with U.S. in 2018)

On Monday, Lorenzana met with US Ambassador to the Philippines Sung Kim, US Assistant Secretary of State for East Asian and Pacific Affairs David Stillwell, and Assistant Secretary of Defense for Indo-Pacific Security Affairs Randall Schriver. Kim tweeted that the meeting sought “to explore ways to deepen our military partnership.”

The 8th BSD also takes places weeks after a Chinese vessel rammed and abandoned a Filipino fishing boat on June 9 near Recto Bank, drawing attention to, and heating up, the dispute once more. The US hit the intimidation at sea after the Philippine boat sinking. Prior to this year’s BSD, the last discussion between the Philippines and the US was held from November 30 to December 1, 2017 in Washington DC. – Rappler.com