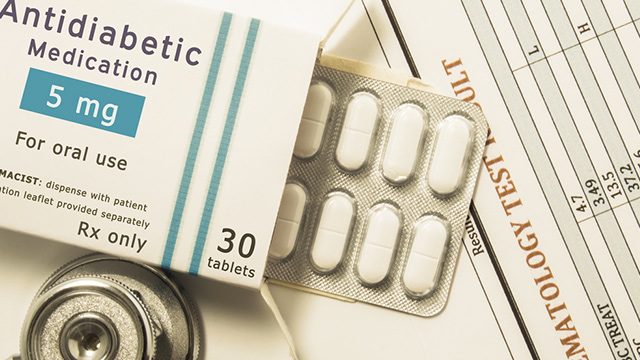 Facebook Twitter Copy URL
Copied
Transnational organized crime is on the rise in Southeast Asia and its most dangerous form, fake medicines, appears most rampant in the Philippines

MANILA, Philippines – A United Nations study on transnational crime found the highest incidence of “falsified medicines” in the Philippines among Southeast Asian countries.

Of 460 incidents of counterfeiting and illegal distribution of pharmaceutical products recorded within the region from 2013 to 2017, 193 occurred in the Philippines, 110 in Thailand, 93 in Indonesia, and 49 in Vietnam.

Nutrition supplements, cadiovascular, CNS, and metabolism drugs were among the most illegally distributed.

In the Philippines, counterfeit over-the-counter drugs like paracetamol, as well as anti-tuberculosis medicines and anti-rabies vaccines are a growing threat.

The study defined “falsified medicines” as pharmaceutical products “marketed with the intention to deceive buyers.” They could be misbranded, falsely labeled, or expired; may contain too little, too much, or none of its purported active ingredient.

These products are ineffective at best. Otherwise, they may be harmful or even deadly.

In some cases, genuine medicines are sold illegally for non-medical use, as in the case of opioids and other psychoactive drugs, although these could be faked too.

Pakistan, India, and China are the leading sources of falsified medicines that end up in the Philippines through organized criminal networks.

The Philippines itself turned out to be the source in 12 incidents of either falsified or illegally distributed medicines in the United States, Japan, and Germany.

The report “Transnational Organized Crime in Southeast Asia: Evolution, Growth and Impact” by the United Nations Office on Drugs and Crime (UNODC) published on Thursday, July 18, said international criminal organizations may have earned as much as $2 billion from trafficking falsified medicines in the Philippines in 2014.

Transnational organized crime in Southeast Asia has become increasingly complex and difficult to track. It poses threats that are “becoming more deeply integrated within the region itself, as well as with neighboring and connected regions,” the report stated.

It identified the 4 most active transnational crime markets in the region, including the Philippines:

Of these, “the illicit trade in falsified medicines…could represent the most harmful form of transnational organized crime in terms of its direct impact on public health and safety.”

Criminal syndicates take advantage of corruption in the pharmaceutical industry and in the government, the study said. They recruit company executives and state officials to benefit from their professional knowledge and connections, and exploit weaknesses in national and industrial systems.

They then smuggle the falsified medicines into countries where they are sold online or even by unscrupulous pharmacies.

Often, buyers are unable to distinguish between genuine and fake medicines. Counterfeits also tend to be cheaper, making them more attractive to developing markets.

The Philippine government has acknowledged the problem of falsified medicines and issued several public warnings in recent years.

In May 2014, the Intellectual Property Office warned against counterfeit weight loss and skin whitening products.

In March 2018, President Rodrigo Duterte ordered the police to arrest makers and sellers of fake medicines after counterfeits of a popular paracetamol brand were found in the market.

In November 2018, police arrested an alleged distributor of falsified medicines in Tondo, Manila. The suspect was found with a stash worth P1.2 million.

In June this year, the Food and Drug Administration stopped online shopping websites Lazada and Shopee from selling medicines, at least until they secure proper licenses.

The release of the UNODC report on Thursday coincided with a warning from the World Health Organization against two vaccines and a serum against rabies circulating in the Philippines.

To solve the problem, the report recommended cross-border cooperation among countries. It warned against hastily tightening laws as this may only divert the illicit trade toward more vulnerable areas.

The study said the Southeast Asian region must boost the legitimate trade in pharmaceuticals and make genuine medicines more available and affordable. – Rappler.com