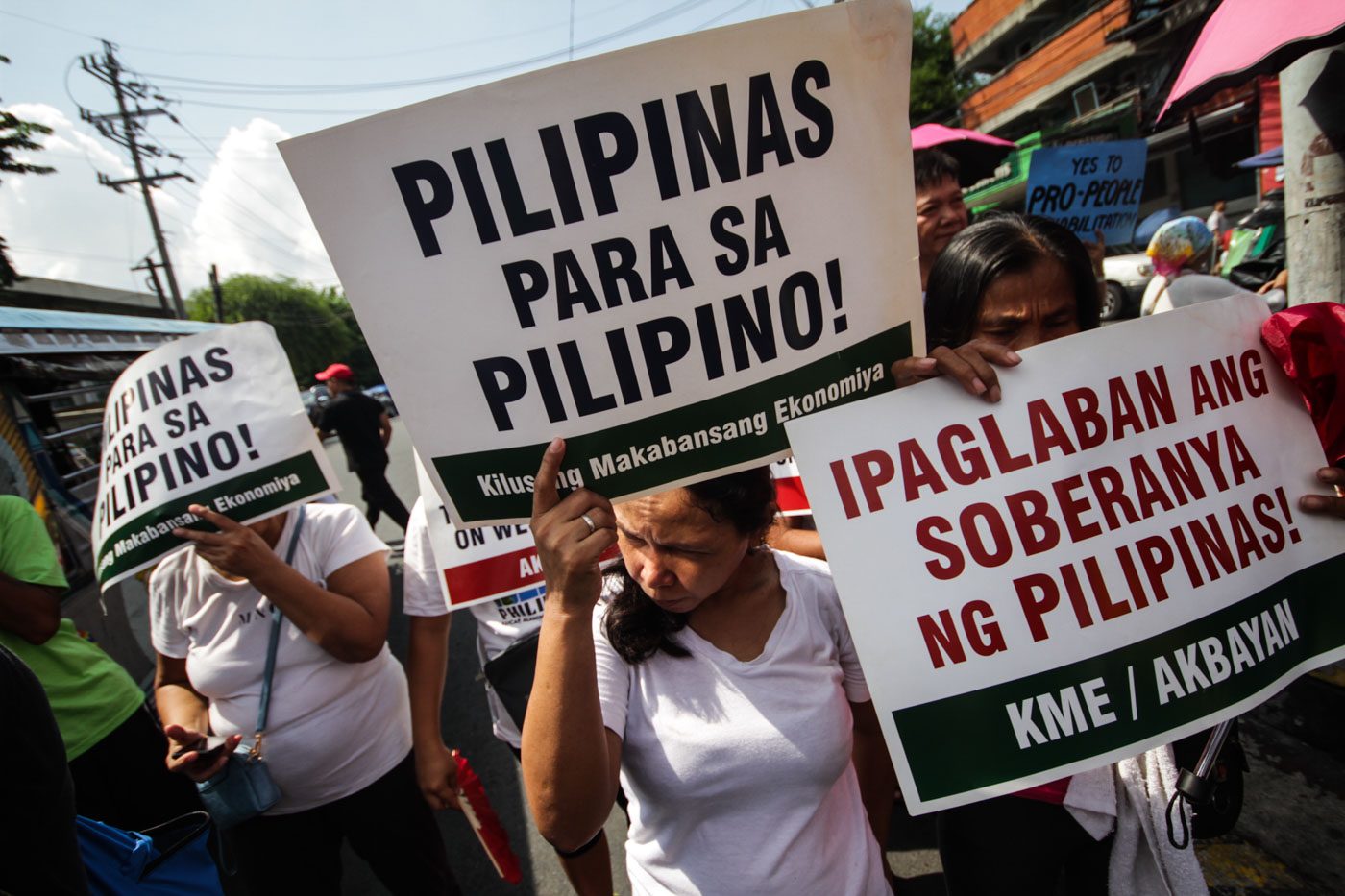 MANILA, Philippines – Higher wages, lower prices of goods, and Philippine sovereignty are among the top topics that Filipinos want to hear when President Rodrigo Duterte delivers his 4th State of the Nation (SONA) address on Monday, July 22.

This is among the findings of Pulse Asia Research, Incorporated’s June 2019 Nationwide Survey on the State of the Nation Address  released on Friday, July 19.

Pulse Asia polled 1,200 adult respondents from June 24 to 30 on the question, “What would you most like for President Duterte to discuss or mention in his coming State of the Nation Address or SONA?”

Increasing the pay of workers and reducing the prices of basic goods were the top picks, as 17.1% mentioned both issues, followed by creating more jobs or livelihood opportunities at 15.2%.

“In particular, 6.1% are of the opinion that the latter should assert Philippine sovereignty over the West Philippine Sea while 3.1% say he (Duterte) should explain the country’s policy in relation to China,” Pulse Asia president Ronald D. Holmes said in a statement.

Analysts from the University of the Philippines, however, doubted whethert Duterte would would discuss at length security threats like Chinese incursions in the West Philippine Sea in his upcoming SONA, as he would done in the past.

Other issues and concerns cited by at least 5% of the Filipinos are fighting illegal drugs (7.8%) and improving the agricultural sector (5.9%).

Other issues that landed among the top 10 topics are increased pension (2.6%); and the regularization of workers, ending poverty, and fight against crime – all at 2.5%.

It was only in Duterte’s bailiwick, Mindanao, where Philippine-China issues did not land in the top 4 SONA issues.

The topic of Philippine soveignty was the 6th most mentioned among Mindanao respondents (5%).

Among socioeconomic classes, the well-off class ABC’s top SONA topic is the Philippines-China issue. For class D, it’s workers’ pay, and for the poorest class E, lower prices of goods.

The survey results also showed that 75% or a big majority of Filipinos are aware of Duterte’s previous SONAs. Pulse Asia said this means they “have heard, read, or watched something about any of the past State of the Nation Addresses (SONAs) delivered by President Rodrigo R. Duterte before Congress.”

Around the time of the survey, among the major news was the sinking of Philippine boat Gem-Ver by a Chinese vessel, and the controversial statements made by Duterte and other government officials in relation to the incident. (READ: Duterte vs fishermen: Is the Philippines lawyering for China?)

Other major developments were the twin suicide bombings in Indanan, Sulu; the call made by 11 United Nations human rights experts for an independent investigation into the worsening human rights situation in the Philippines; and the deportation  of former foreign secretary Albert del Rosario from Hong Kong.

It was also reported in June that inflation increased in May. – Mia Gonzalez/Rappler.com