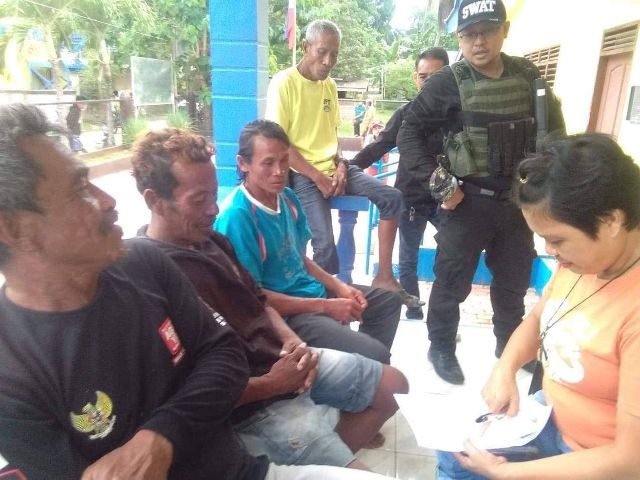 Aying said the Indonesians were heading home on July 13 when their small vessel was battered by strong winds and current. They drifted for 4 days and were swept into the coastline of Mati.

Aying said the Indonesian fishermen had been turned over to the Bureau of Immigration Office in Davao City for processing.

The Indonesian Consulate has also been informed of their ordeal. – Rappler.com